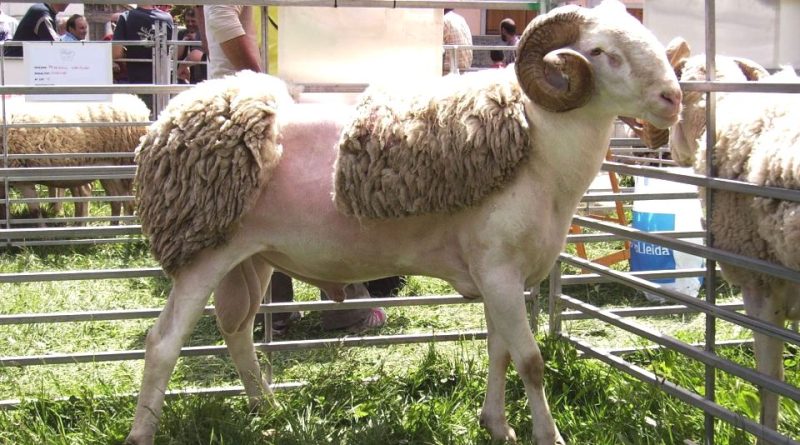 Aranesa is a Spanish sheep (Ovis aries Linnaeus, 1758), endangered, originally from the Arán valley, with a main aptitude for meat production.

Geographic and Area Distribution –
Aranesa is an indigenous Spanish sheep whose place of origin is the Arán valley and reared in the area around the city of Lleida and, recently, in the nearby region of Pallars Soberà, where it is expanding.

Origins and History –
The Aranesa is a Spanish sheep whose origin is uncertain. Its description was made by Sánchez-Belda in 1979. This breed is closely related to the Tarascon (French) breed and is believed to have been shaped over time by the passage of transhumant merinos in the Aran Valley.
Currently the breed is also expanding to the neighboring region of Pallars Soberà.
Unfortunately this breed, like other inland areas, is in danger of extinction. It owes its name to the area of ​​origin, the Valle de Arán, under the Pyrenees.
On April 30, 2008, the ordinance AAR / 182/2008, of April 24, was published, establishing the Herd Book of the Aranese breed sheep, with the specific regulation and its breed standards.
Furthermore, on October 29, 2008, resolution AAR / 3143/2008, of October 20, was published, with which the official recognition for the management of the Herd Book of the Aranesa Ovine Breed took place, which was assigned to the Catalan Association of Breeders Ovine Breed Aranese.
Subsequently, on 15 May 2013, with resolution AAM / 1021/2013, of 15 January, the improvement program for various Catalan indigenous breeds was approved, which also includes the Aranese breed improvement and conservation program.

Morphology –
The Aranese is a sheep of elongated proportions and marked sexual dimorphism.
The head is strong, with a sub-convex profile in both sexes. The horns are arched back or curled in a spiral (especially in males), with greater development in males.
The limbs are long and strong.
The coat is colored: white, black, red, etc. The black and white varieties are single-colored, while the rest of the varieties are multi-colored.
The weight of the males is around 70-90 Kg, while that of the females around 50-60 Kg.

Productive attitude –
The Aranese is a rustic sheep breed that is well suited to extensive farming.
It is a breed that is bred in valleys and areas with difficult morphology but which have long since adapted to these difficult conditions.
Currently the Aranesa sheep is mainly oriented to the production of meat.