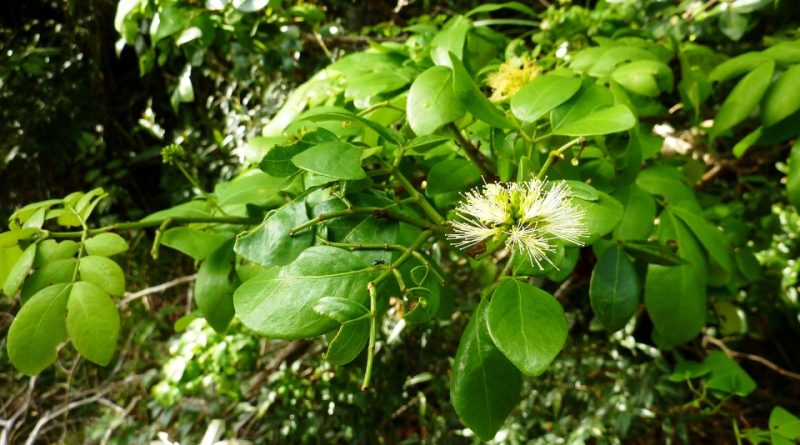 The Barbatimão (Abarema cochliocarpos (Gomes) Barneby & J.W. Grimes) is an arboreal species of the Fabaceae family.

Geographic Distribution and Habitat –
Barbatimão is an endemic plant of Brazil, where it can be found in Alagoas, Bahia, Paraíba, Pernambuco, Rio de Janeiro, Rio Grande do Norte and São Paulo.
Its natural habitat is that of the Atlantic coastal forest, in savannah areas even in higher areas where it can be found up to an altitude of 1,100 meters above sea level. 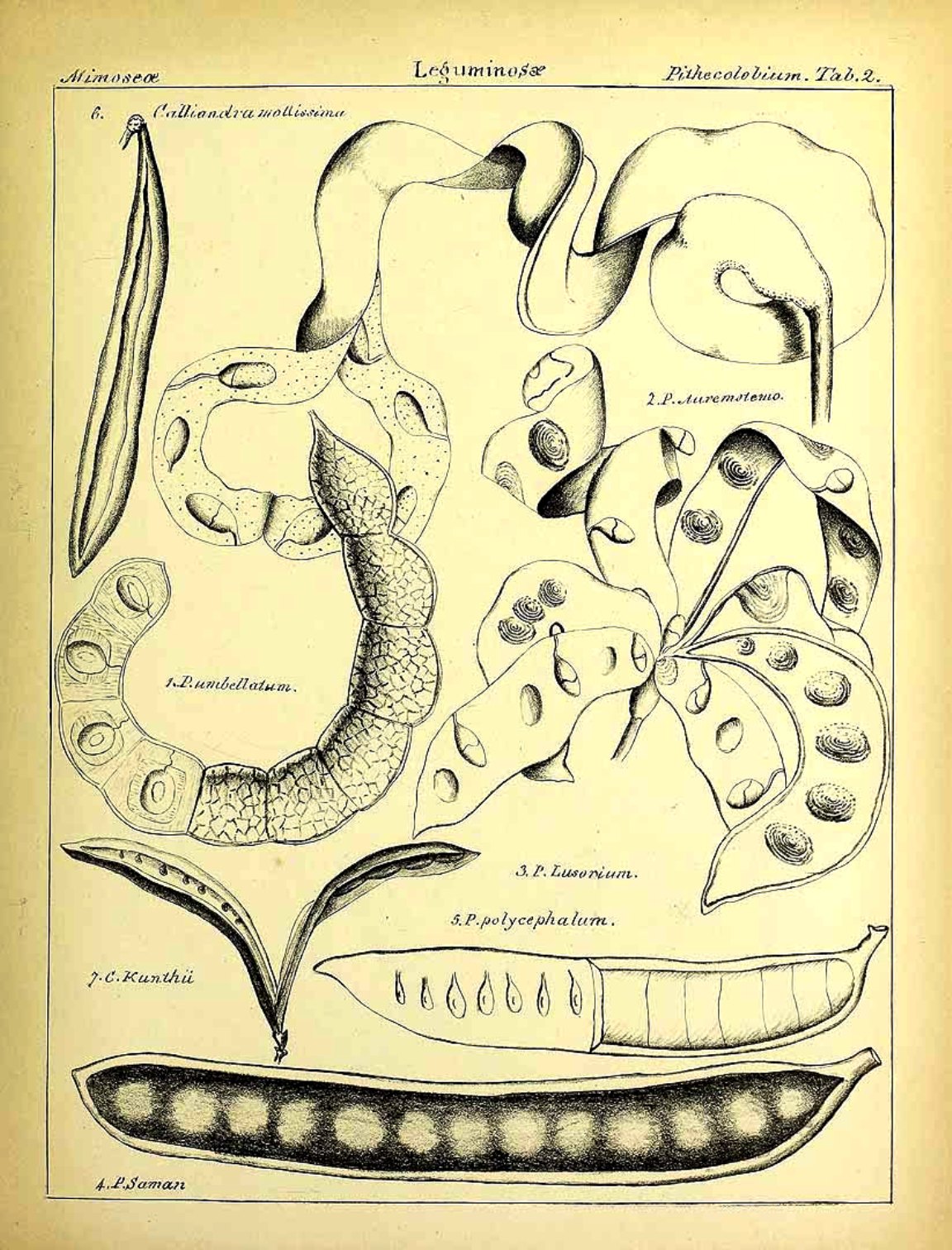 Description –
Abarema cochliocarpos is a plant that grows in the form of a shrub or small tree that can reach a height of about 8 meters.
There are two varieties of this plant, one that grows in coastal areas and one that grows in more inland areas.
The coastal variety can exceed 10 meters in height, while that of inland areas is up to 4 meters high and has smaller leaflets that have a harder texture.
The leaves are oval, opposite, of an intense green color.
The flowers are yellowish white with long white stamens.
The fruit is a curved, dark purplish pod that contains an average of 6-10 seeds inside.

Cultivation –
Abarema cochliocarpos is a plant that grows spontaneously in coastal areas in woodland habitats and on sandy substrates. In the hinterland it can be found instead in the scrub, in the savannah and in disturbed habitats.
Unfortunately, this species is one of those threatened both for habitat loss, due to agricultural exploitation and for the extraction of iron in the open air; however, the tree is found in several protected areas and is relatively widespread.
This species has a symbiotic relationship with some soil bacteria, these bacteria form nodules on the roots and fix atmospheric nitrogen. Some of this nitrogen is used by the growing plant, but it can also be used by other plants growing nearby.
Propagation can occur by seed.

Customs and Traditions –
The species name is sometimes written Abarema Cochliacarpos, probably due to a transcription error.
The bark of the tree is employed as a folk medicine and commonly used in Brazil, where it is harvested in nature to be used both as a medicine and as a source of materials.
As a rule, extracts from the bark of this plant are used in traditional Brazilian medicine as an antiseptic, anti-inflammatory and pain reliever and to heal wounds.
For medicinal use, the wood of this plant is used which is pulverized and used in home medicine to treat indolent ulcers.
The bark is analgesic, anti-inflammatory, antiseptic and astringent.
A decoction is obtained from the bark which is often used in Brazil in the treatment of wounds, bleeding, hemorrhoids, leucorrhoea, diarrhea and various other conditions.
It can be used externally and is applied as a cleanser to treat wounds, hemorrhoids, etc., and as drops to treat conjunctivitis.
Some caution is advised in the use of this plant as the bark is toxic in high doses.
The cortex has proven effective in the treatment of gastric ulcers and gastritis, as well as having marked gastroprotective effects and healing properties.
An aqueous extract of the cortex has been shown to reduce gastric lesions due to alcohol.
A hydroalcoholic extract of the bark showed antimicrobial activity.
Ethanol and aqueous extracts obtained from the bark both possess active substances with marked antinociceptive properties – while both were effective, the methanol extract was more effective than the aqueous extract. Such pharmacological effects confirm and justify, at least in part, the popular use of this plant to treat painful processes.
Furthermore, some assays developed with cyclohexane, acetone and ethanolic extracts of the bark of Abarema cochliocarpos showed antibacterial activity at concentrations 100, 50, 25, 12, 5 and 6.25 mg / mL against Gram-positive strains of Staphylococcus intermedius and Bacillus spp. .
Abarema cochliocarpos also has a pharmacological potential against Gram-positive bacteria, mainly of the genus Staphylococcus, and can be exploited in future research to obtain bioactive compounds with antibacterial action.
In addition to medicinal uses, this plant is of interest in the agroforestry sector.
In fact, this species fixes atmospheric nitrogen and is a natural pioneer, growing in open and disturbed areas and creating conditions suitable for the introduction of other forest plants. In Brazil it is used in the recovery of degraded areas.
Among other uses, it should be remembered that a gum similar to gum arabic is obtained from the wood while the pods are a source of tannins.
Wood ash is a good source of potassium and can be used to make soap.
The wood is white in color and is excellent for various accomplishments.
However, due to its exploitation and the reduction of its habitat, the tree has been classified as “vulnerable” in the IUCN Red List of Threatened Species (2011).

Preparation Method –
Abarema cochliocarpos is a plant whose bark is mainly used for medicinal purposes.
A decoction is obtained from the bark which is used in the treatment of wounds, bleeding, hemorrhoids, leucorrhoea, diarrhea and various other conditions. This can be used externally and is applied as a cleanser to treat wounds, hemorrhoids, etc., and as drops to treat conjunctivitis.
A hydroalcoholic extract can be obtained from the bark which has antimicrobial activity.

One thought on “Abarema cochliocarpos”