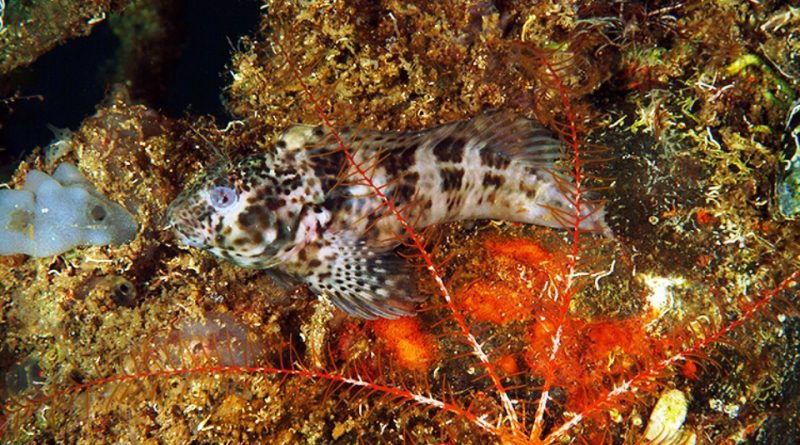 The greater horned blenny (Hypleurochilus bananensis Poll, 1959) is a sea fish belonging to the Blenniidae family.

Geographic Distribution and Habitat –
Hypleurochilus bananensis is a fish that appears to be present only in the tropical and subtropical waters of the eastern Atlantic Ocean, including the Mediterranean Sea. Presences of this species have been recorded in Congo, Togo and Cameroon, in the Mediterranean, in Israel, Algeria, Tunisia and on the Italian coasts, off Naples and Palermo and also in the Central Tyrrhenian and in the Northern Ionian.
Its marine habitat is that of shallow waters on rocky bottoms. 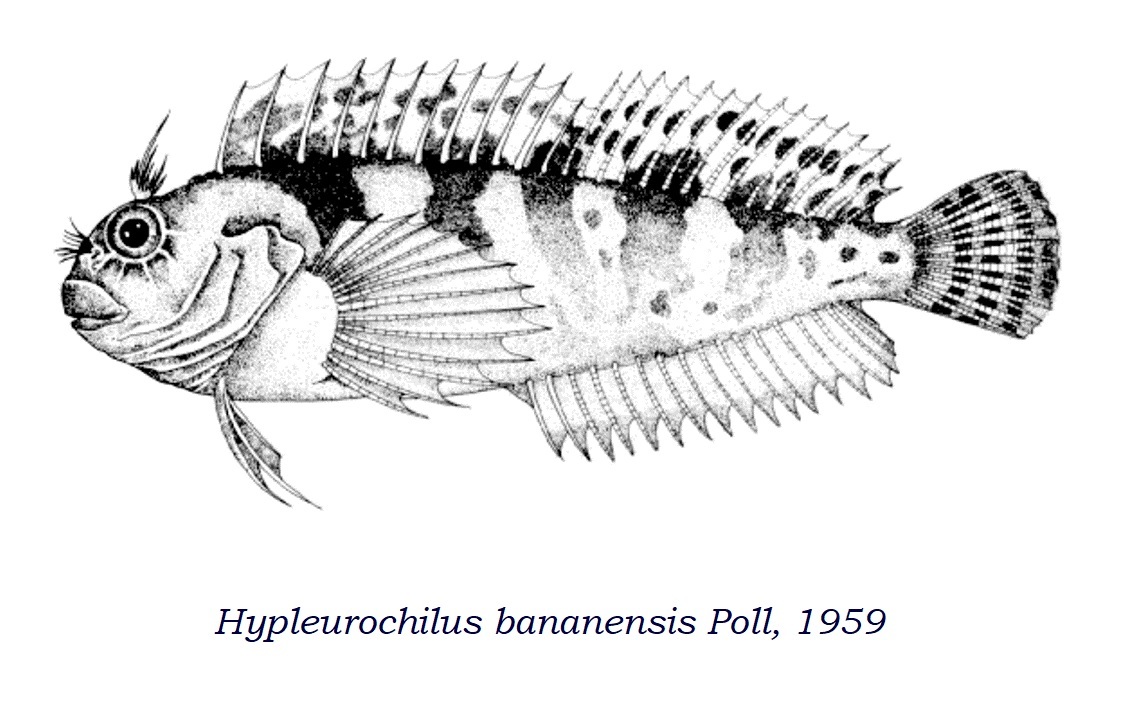 Description –
Hypleurochilus bananensis is a fish that can be easily confused with other species of blennidae, which could lead to the revision of some sightings, even if it has some characteristics that make it identifiable with absolute certainty. It also has a very pronounced sexual dimorphism, especially during the reproductive period: the males reach larger dimensions than the females, have the main branch of the ocular tentacles enormously developed and acquire a livery of bright colors, especially tending to blue (cephalic region in particular) . The maximum length does not exceed 12 cm.
In detail it has nasal tentacles with 4-6 filaments; supraorbital tentacles with 10-12 filaments arranged in a tuft, one of which is much longer than the others; dimple behind the eyes followed by a crest of tubercles; the upper lip is thick; the teeth are caniniform and large in size; the dorsal fin has a slight central indentation.
The livery is brownish with 3-5 dark vertical bars extending to the lower part of the dorsal fin, more showy in the upper half of the body. The even fins are covered with dark specks forming irregular striae, especially on the caudal fin.

Biology –
The biology of Hypleurochilus bananensis is almost unknown as in addition to the rarity of this species, it is a fish that always lives hidden in ravines or in shells.
In fact, due to its rarity it is little studied.
However, it is known that sexual dimorphism is very pronounced and past descriptions of this species were based only on female specimens. This could lead to cases of misidentification.
However, it is known to be an oviparous species. Males are extremely territorial especially when guarding the eggs.
Eggs are demersal and adhesive and are attached to the substrate via a filamentous, adhesive pad or pedestal.
The larvae are planktonic, often found in shallow coastal waters.

Ecological Role –
Hypleurochilus bananensis is a rather rare species in all habitats although it is probably often confused with other less rare species.
Its distribution is in fact patchy and the adults are found in shallow waters near ports and on the rocky shores of coastal waters.