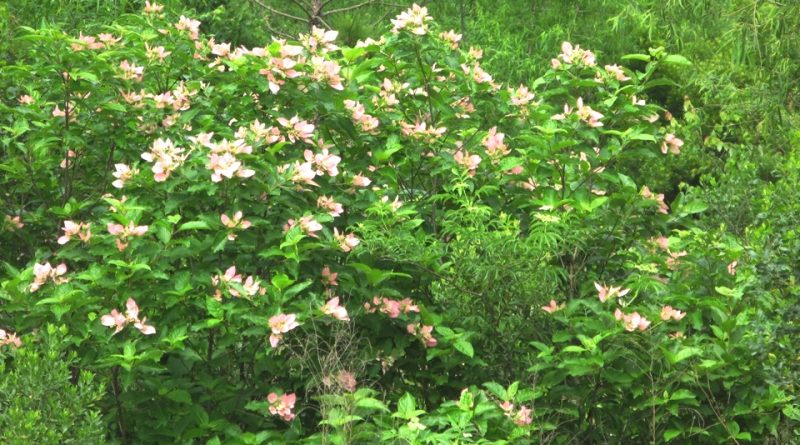 Etymology –
The term Pinckneya of the kind was given in honor of Charles Cotesworth Pinckney (Charleston, February 25, 1746 – Charleston, August 16, 1825) who was an American politician, general and diplomat.
The specific epithet pubens comes from pubes lanugine: down, covered with fluff, with soft, pubescent hair.

Geographic Distribution and Habitat –
Pinckneya pubens is a plant native to south-eastern North America and in particular to an area that includes South Carolina, Georgia and Florida.
Its natural habitat is that of poorly drained acid soils, such as along the edges of the marshes or on the lowland areas of the coast; the soils can be of fine, medium or coarse texture. 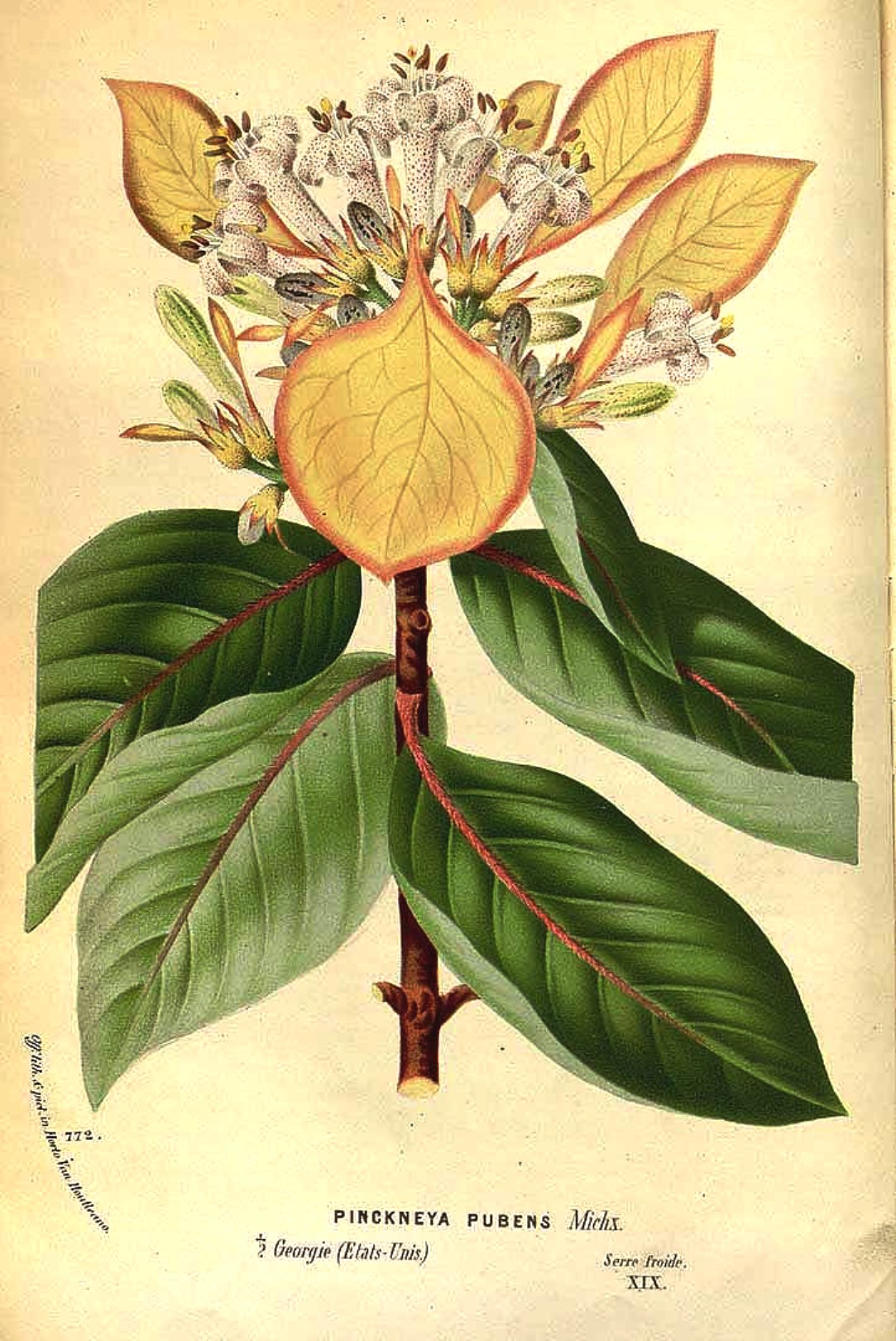 Description –
Pinckneya pubens is a deciduous perennial plant that develops in the form of a small tree or shrub of about 4.5 – 6 meters in height by 4.5 meters in width and with open foliage.
The leaves are large, concentrated at the ends of the branches, of a dark green color, about 13 – 20 cm long and 7.5 – 10 cm broad and of an elliptical-ovate shape; they have a lighter underside and are covered with light fuzz when young.
The flowers are tubular, gathered in clusters, of a yellowish-green color, about 6 cm long and made more showy by the bright pink sepals, similar to petals, which make the flowering showy.
The antesis is in the early summer period.
The fruits are capsules containing seeds, round, spotted and brown that remain on the trees throughout the winter.

Cultivation –
Pinckneya pubens is a plant that is harvested in its natural state for local use as a medicine.
For its cultivation it prefers sandy soils near water courses or in marshes.
This plant, both for its good resistance to parasites and for the distinctive characteristics of the flowers, is suitable for cultivation as an ornamental plant; in fact the sepals become like petals that will resemble poinsettias, creating a pleasant aesthetic appearance.
For its maintenance it needs occasional irrigation during dry summer periods.
The root zone can be made cool and moist with a layer of mulch.
In addition, the plant grows best if it receives several hours of direct sun.
Propagation occurs by seed or by division of the numerous root suckers.

Customs and Traditions –
Pinckneya pubens is a plant that, especially in the past, was used for malaria and other fevers; these were treated with a medicine obtained from the inner bark which is extremely bitter and is tonic.
As for other uses, in addition to ornamental ones, they are not known.
Among other things, its wood is soft and unsuitable for use in carpentry.

Preparation Method –
Pinckneya pubens was once used, especially in periods of malaria or other fevers, the bark of this plant which was crushed and used in various ways.