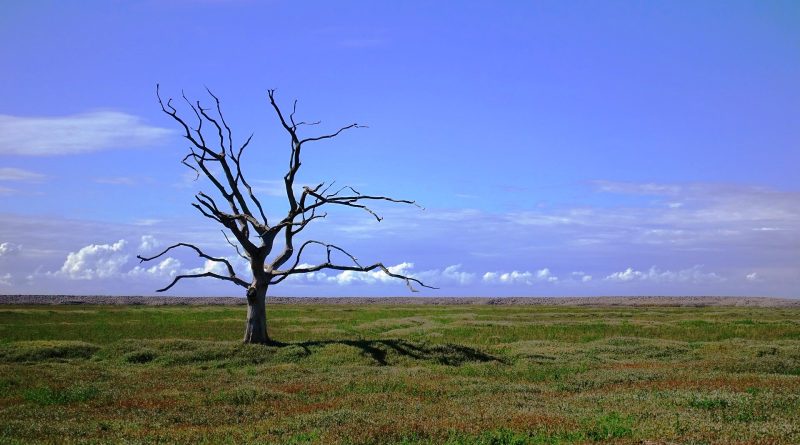 On November 23, 2021, the EU parliament approved the CAP (Common Agricultural Policy) 2023-2027.
A large majority approval, with 425 votes in favor, 212 against and 51 abstentions but also with broad dissent.
A final result with many criticisms leveled at this policy of support for agricultural activities, which involves, for what we will say later, not only farmers but all citizens of the European Union.
In fact, the EU Parliament has created a divorce at home: on the one hand, it approves the Biodiversity 2030 and Farm To Fork strategies, and on the other, it launches a CAP that is clearly in contrast.
We need to explain these things not only for the benefit of the insiders: farmers, agronomists and technicians in the sector but also to every inhabitant of this Union. Among other things, the CAP has global social and economic repercussions.
European citizens must appropriate a sector that, often, between technicalities and complexity, is not accessible to ordinary people.
It is a subject of such great and vital importance that the entire community must know what is happening behind the buttons in the Brussels rooms and what, often unclear, games are hidden.
But let’s get to the question quickly.
Let’s see, in summary, just to make the subject accessible to all, what the CAP is. The CAP is the common agricultural policy which, first launched in 1962, pursues the following objectives:
– support farmers and improve agricultural productivity by ensuring a stable supply of food at affordable prices;
– protect EU farmers so that they can have a reasonable standard of living;
– helping to tackle climate change and the sustainable management of natural resources;
– preserve rural areas and landscapes across the EU;
– keep the rural economy alive by promoting employment in the agricultural sector, in the agri-food industries and associated sectors.
The CAP is therefore the common policy of all the countries of the European Union, managed and financed at European level with resources from the EU budget.
But on 23 November 2021 these concepts were largely upset, not only in terms of principle, but also because, just recently, the EU itself had ratified two strategies: that on Biodiversity for 2030 and the Farm To Fork which, in short, they are concerned with creating a social and economic model synchronous with ecological needs and, therefore, protecting the loss of biodiversity, climate change and all those planetary interference that the liberal-capitalist model has generated in only about half a century .
Let’s say immediately that the new CAP presents important (and not positive) differences compared to the previous version.
Among the most evident ones we mention:
– Management of the Funds – It will be the States, and no longer Brussels, that will manage the incredible amount of public money of the CAP; 358 billion euros equal to 1/3 of the entire budget of the European Union. This brings out two problems, namely that since the CAP is a formidable tool for creating consensus (remember that the entire primary sector moves around it, with the agrochemical industry, technicians and trade unions in addition to farmers); in this way, with the keys to the CAP in the hands of the States, nothing prevents it from being bent to the logic of the political convenience of the moment. In addition, there is a deregulation with dangerous repercussions on corruption; in fact, many EU countries have a very “happy” management of public money, so the new CAP risks turning into a fund that feeds mafias and corruption.
– Subsidies – As regards the subsidies chapter, the new CAP provides that almost half of the funds (162 billion euros) are used to support farmers’ income but without placing binding conditions on ecological issues, thus maintaining that old production model (with low energy and ecological efficiency) which, so far, has not only been not effective in protecting the environment, but has also been a breeding ground of inequalities and inequalities since it has distributed 80% of subsidies to just 20% of European farmers, i.e. the largest ones. 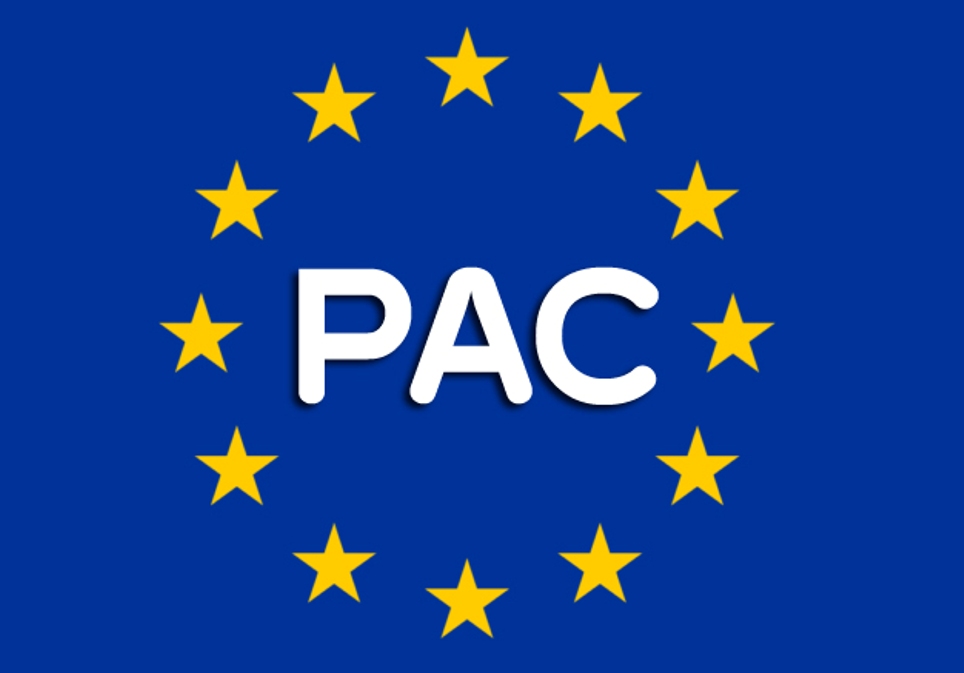 – Eco-schemes – Under the pressure of broad political agreements, even the most important measure that was to guarantee synchrony and assonance with the Green Deal (and in particular with the Farm to Fork) was shattered. Eco-schemes, i.e. those mechanisms that were to allow for the distribution of funds in line with agricultural practices that are attentive to biodiversity and the protection of the environment and climate, have in fact been made non-binding, and many criteria have been introduced that respond to purely economic logics, rather than ecological ones. A debacle that, scientifically and technically, finds no justification.
– Restrictive norms – In this characterization there is also the antithesis to everything said (at least in intent) to COP26 and, consequently, to the Paris Agreements and Agenda 2030. In fact, if some particularly zealous country wanted to adopt more stringent criteria , in short, to go independently and push to really achieve the climate objectives: well, it will be blocked from the start as the CAP reform, in fact, prevents member countries from adopting more stringent criteria in the distribution of their shares of funds, in the name of homogeneity at EU level and of competition.
That’s all? (so to speak), no. To all this is added a series of apparently minor “small changes” which will instead have a high impact as they erode, article after article and paragraph after paragraph, the measures in favor of the protection of habitats and ecosystems; often through the excerpt of many indicators used so far. In fact, following the broad agreements of the EU Parliament, the obligation for farms to use a sustainable nutrient management tool was canceled. For example, the ban on plowing Natura 2000 sites is more limited: now only those declared “environmentally sensitive” remain off limits, therefore not all of them.
Finally, the following are deleted:
– Indicators that measured the share of landscape protection that was up to companies. Without these it is impossible to monitor whether or not parts of the EU strategy for the protection of biodiversity are respected.
– Indicators of the reduction of livestock emissions. In the absence of reliable data, which they provided, it will now not be possible to set emission reduction targets for this sector.
Furthermore, even if it is true that the new CAP introduces social conditionality to combat illegal hiring, in fact, by still facilitating an industrial and intensive model of agriculture, which is more subject to the merciless laws of the market, it forces many companies to recruit hands. low cost work; in short, the dog that bites its tail and from this vicious circle, by not changing the rules, there is no escape.
We have presented this brief summary, hoping to have used a language as understandable as possible, even to non-technicians, to make you understand that in this money, of which the new CAP is made, there are the taxes of European citizens and considering that for each citizen, the CAP costs, on average, over 110 euros per year.
Money that should promote a policy not only for food but, increasingly, for the rebalancing of that socio-economic and environmental system in which agriculture, with its post-industrial model, contributes negatively.
The common agricultural policy can no longer be considered a private matter for farmers and their related industries (in which the large lobbies have immeasurable decision-making and interference power).
This CAP is a defeat for that process of evolution that our world, with great difficulty, is trying to do. It is the defeat of that social ecology for which many have been fighting for years.
It is the denial of the evidence, injustices, abuses, inequalities and all the poverty (human and ecological) generated by an economic model, sadly outdated, to which the CAP has taken hold.
It is the defeat of politics and of the soul of this Europe that is unable to take off.
It is a serious setback and also a great fracture, not only within the EU Parliament, which must involve us all: the CAP, like the whole EU policy, does not belong to a part of the European peoples (and unfortunately to many hidden interests) but it must be everyone’s patrimony.
This battle is not won, however, by wearing the politician on duty; this is precisely to the benefit of the occult powers present in every area of ​​civil society (including parliament); this battle is won by changing our polarity: not with criticism on social networks, on chats, with words thrown to the wind and, often, with collective hysteria, but by making choices that erode the socio-economic model set up by the greats capitalist interests.
We must privilege local economies, orient consumption, look at the social and ethical repercussions of our choices: a word, a behavior, a purchase, are never impartial; they generate processes, addresses: Politics.
This war is not won with criticism but with the awareness that consequent actions must follow, which are not those of the revolution against the system (or conspiracy) but those of sharing, of reconciliation between people, of the common path.
The CAP (like other policies) cannot be changed in words, a different social polarization is needed and this arises from the sharing between the parties, starting (in this case) with farmers and ending with those most in need of this dissonant society.