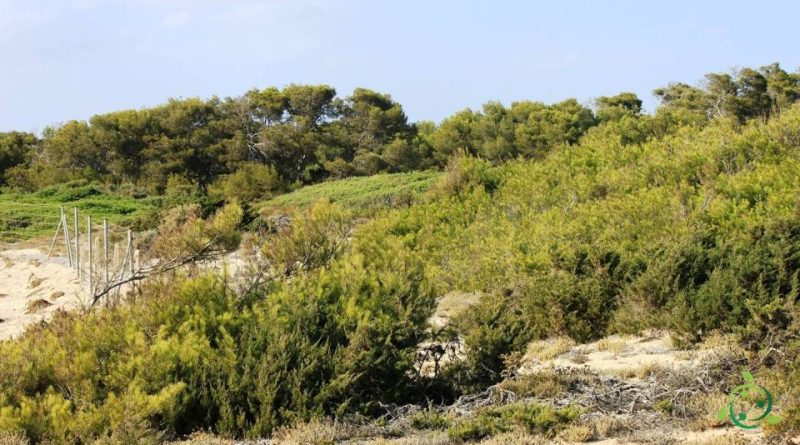 The term phytosociology refers to the branch of science that studies relations with the environment and changes in plant communities.
The term phytosociology derives from the union of the terms: Greek phytón ‘plant’; Latin socius’ ally, confederate, companion; Greek lógia, ‘said, sentence, reasoning.
Phytosociology represents a recent branch of botanical geography. Indeed for some it would represent a new fundamental direction of botany, until recently dedicated mainly to the investigation of individual phenomena of plant life (“idiobotany”), today also attentive to collective phenomena. Phytosociology could be defined very generically as the science that studies aspects of the common life of plant organisms; however, from the vast scientific production of the last forty years its essential task clearly appears to be that of typing the aspects of vegetation. Fundamental types are plant “associations”. The name should not make one think of something similar to the “societies” of animals, with centralized organization, but of facts of coexistence of still obscure meaning and to be investigated causally, which it is useful to analyze, highlight, compare.
Phytosociology is therefore a branch of phytogeography, which allows plant communities to be used as environmental indicators. They are described at a topographical level and recognized on the basis of the combination of species observed there. In addition to the floristic profile, the plant communities (phytocenosis) are also studied from the ecological (synecology), dynamic (syndynamic) and their geographical distribution (synchorology) aspects.
Depending on the degree of floristic, ecological and dynamic similarity, it is possible to frame the different phytocoenoses in a hierarchical system of units, called syntaxa, whose degree of ecological determination increases from the class level (the highest and most generic category) to that of association. (the lowest and most particular).
In this science the plant association is the fundamental unit of very particular ecological significance of classification. It has been defined, by the Swiss botanist Braun-Blanquet (founding father of phytosociology), as: “a more or less stable plant grouping in equilibrium with the environment, in which certain exclusive or almost exclusive elements (species characteristic of association) reveal with their presence a particular and autonomous ecology “. Currently, associations are more easily identified through cluster analysis applied to the floristic composition of plant communities.

Floristically related associations come together in alliances, related alliances in orders and related orders in classes. This procedure is typical of hierarchical classifications; phytosociological syntaxonomy is one of these and serves to arrange, on the basis of the degrees of floristic and ecological affinity, the very high number of associations described. In the vegetation of Italy there are about 70 classes.
The importance of phytosociological investigation is becoming increasingly significant also in the application field (applied phytosociology). It is easy to understand that a type of spontaneous vegetation (but also cultivated vegetation is susceptible to similar research) constitutes a precious foundation for agronomic and forestry experimentation. Types of pastures, meadows, forests are now being studied everywhere not only for naturalistic purposes, but to allow rational reclamation, improvements, reconstruction, planning. It is only on the basis of a typology that the cartography of vegetation can be founded, which is now becoming the most effective means of synthesizing the conditions of the vegetation and the environment for the most varied research and application needs. Today, the combination of phytosociological and pedological researches, which pursue a typology of soils, is particularly fertile in results; the dynamism of the vegetation itself is clearer and more intelligible coordinated with that of the ground on which the vegetation itself evolves. Then, if macroclimatic and microclimatic observations are also combined, the most satisfactory synthesis is achieved: soil-climate-vegetation.
But an even broader synthesis is what biogeographers are pursuing today, trying to recognize not only plant groupings, but coordinated with them, including animal ones. In this case, the fundamental units are the “biocoenoses”, the discipline that deals with them is biosociology.
In Italy phytosociology was spread immediately after the Second World War by Giacomini and Tomaselli. Giacomini’s pupil was Augusto Pirola.