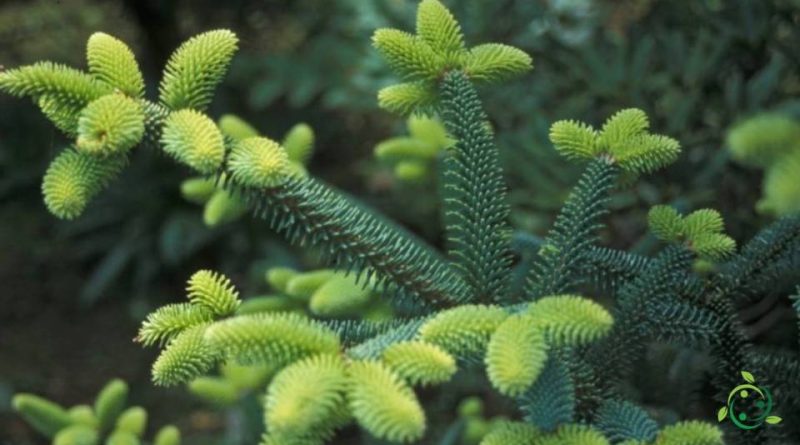 Reproduction of the Spanish spruce

The Spanish fir (Abies pinsapo Boiss.) Is a plant of the Pinaceae family native to the mountainous areas of southern Andalusia in Spain.
It is considered the national tree of Andalusia.
This fir is a rare plant found in narrow mountainous areas of southern Spain and the Moroccan Rif. In Spain, the nominal subspecies survives in protected areas (Sierra de las Nieves and Sierra de Grazalema, respectively in the provinces of Malaga and Cadiz) at an altitude ranging between 900 and 1,800 meters.

Suitable breeding habitat –
Abies pinsapo groups three varieties with disjoint ranges.
The pinsapo variety is found in Spain: in the provinces of Malaga and Granada, in the Sierrania de Ronda (Sierra de las Nieves, S. de Bermeja and S. de Yunquera). It grows to 1,000–2,000 m.
The Moroccan variety is found in Morocco: in the western Rif mountains (Mt. Tissouka, Mago, Kraa and Bab Rouida), at altitudes of 1,400-2,100 m.
The Tazaotana variety is found only on Mount Tazaot, in the Rif Mountains, SW of Tetuan, Morocco; even at altitudes of 1,400-2,100 m.
All varieties occupy a similar habitat: north-facing slopes on rocky soils derived from dolomitic or serpentine limestone, with deep drainage. The climate is mountainous, with Mediterranean influence: dry and hot summers alternate with cool and humid winters, with annual rainfall of around 1,000 mm.
The trees grow in pure and scattered formations (very rare in Spain) or mixed in Cedrus atlantica (Morocco). Others are associated with broad-leaved trees such as Quercus ilex, Q. lusitanica and Q. canariensis (Morocco), and sclerophyll shrubs such as Ulex baliticus, Cistus spp., Pistacia lentiscus, Daphne laureola and Berberis hispanica.
This species, also due to climate change, is at risk of extinction.

Propagation –
The Spanish fir is a conifer that needs sun and well-drained soils to reproduce and is probably more tolerant to hot climates than some authors attribute to it.
The propagation of this plant takes place by seed in seedbeds, in the spring period and transplanting into single pots when the seedlings begin to become manageable.
The plants should be grown for the first winter in cold greenhouses and permanently transplanted with earthen bread the following year in the spring after the last cold winters.
While in the natural environment its growth is slow, if properly cultivated in gardens on humid soils, it quickly reaches considerable dimensions.

Ecology –
Spanish fir has been reported as naturalized in Spain and France. The largest of these is a 1913 plantation near Arcajo, Spain, which has since naturalized. Some trees have naturalized near Le Pègue (near Nyons, France) on the dry and very steep limestone slopes around the track leading to Chapelle St Marcel.
However, the Abies pinsapo, due to its particular reduction in range, was included in the IUCN Red List as a species in danger of extinction.
To most threaten this delicate species are fires, drought, erosion, and tourism.