Geographic Distribution and Habitat –
Parablennius tentacularis is a fish found in the eastern Atlantic Ocean, in the seas near the coast of Portugal, Spain and Morocco south of Guinea.
It is also present in all parts of the Mediterranean (except Syria, Lebanon, Israel and Egypt), in the Sea of ​​Marmara and in the Black Sea and in the Canary Islands
Its marine habitat is above all that among the rocks rich in sediment, or even among the posidonia, at depths not exceeding 10 meters. 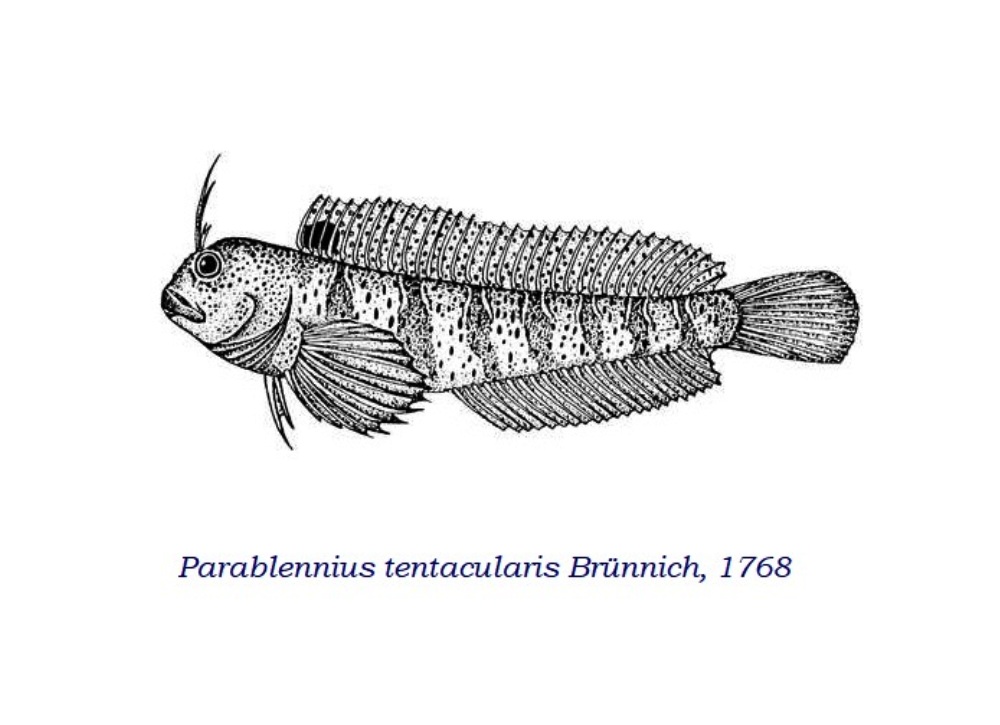 Description –
Parablennius tentacularis is a small fish, with a flexible body and protected by a mucus.
It has very long supraorbital tentacles, especially in the males, fleshy and with some short ramifications on the posterior side; they are often held facing forward. The dorsal fin is not incised.
It has a variable livery but in any case with dark ornaments on the sides with a “zig zag” pattern; moreover, at the upper end of the dorsal fin there is often a dark spot.
The color of the body varies between the sexes, and in the same sex with the seasons, and in many species with the so-called “mood”.
Like many other benthic fish, these fish do not have a swim bladder, which is why they move in the seabed with small thrusting jumps of the ventral fins, while the small swimming strokes are produced by undulatory movements of the rear part of the body.

Biology –
The adults of Parablennius tentacularis are found on sandy bottoms with boulders and light vegetation where they hide in the crevices and where the nests are guarded by the male who takes care of the preparation of the nest, in addition to its care and custody.
It is an oviparous species and the eggs are demersal and adhesive, attached to the substrate via a filamentous, adhesive pad or pedestal.
Reproduction occurs in late spring when several females visit the den to lay their eggs with the resident male guarding the nest.
The larvae are planktonic, often found in shallow coastal waters.

Ecological Role –
The Tentacled blenny is a fish that usually lives in shallow waters, spending most of its time with its body in the ravines and its head alert and curious to observe the environment. For this reason they are excellent shooting subjects for divers. However, even if it is a fairly common species, it is not always easily observable.
These fish have a mostly omnivorous diet but essentially based on small crustaceans.