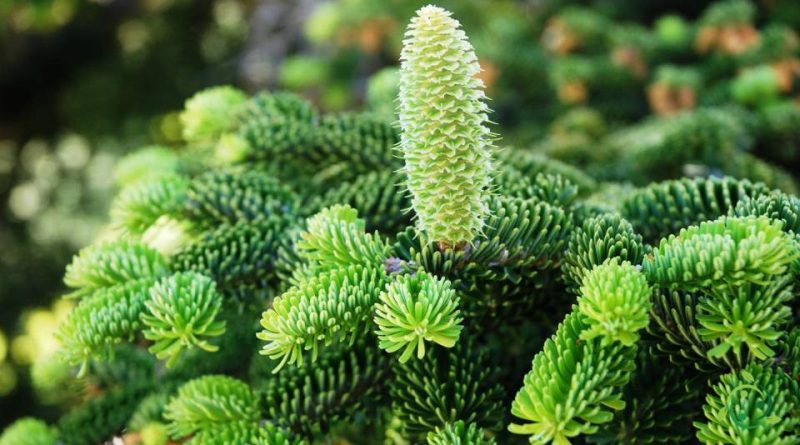 Reproduction of the Sicilian Fir

The Nèbrodi fir or Sicilian fir or Madonie fir (Abies nebrodensis (Lojac.) Mattei, 1908) is an endemic conifer of Sicily located in the territory of Polizzi Generosa (Vallone Madonna degli Angeli), where the only specimens are found in the spontaneous state.

Suitable breeding habitat –
The Nèbrodi fir, once endemic to the mountains of the northern Sicilian range, had been considered extinct since 1900. It was rediscovered, in 1957, in the Vallone Madonna degli Angeli (municipality of Polizzi Generosa) on the Madonie, where about thirty specimens remained, surviving, perhaps, thanks to the isolation and less local competitiveness of other stronger species, such as the beech (Fagus sylvatica).
Most of the surviving specimens grow with difficulty on a stony slope and probably have escaped cutting due to their modest size.
It lives around 1500 meters above sea level, on calcareous rocky soil, in an area characterized by a hot and rather dry summer season, while the snowy winter does not register too low temperatures.

Propagation –
Some specimens of Abies nebrodensis produce a certain percentage of fertile seeds which are periodically cultivated in the nursery and then transplanted.
There are some experimental plants in different areas of southern Italy.
A team of university researchers from IBE-CNR and CIRITA-UNIPA began analyzing seeds obtained from cones harvested in the fall to assess the germination rate and develop protocols for low-temperature seed storage and cryopreservation for organs and tissues.
In carrying out the activities in the forest and in the nursery, the researchers were usefully supported and guided by the technical staff of EPM and DRSRT.
The propagation of this plant uses the seed of some specimens that produce a certain percentage of fertile seeds with which periodically we proceed to cultivation in the nursery and then to transplant.
It must be borne in mind that the implantation of the individuals received must not be performed in unsuitable environments or micro-habitats (coastal and / or low-altitude areas, with southern exposure and / or without vegetation, etc.), but in fresh and where it is possible to provide emergency irrigation during the summer season.

Ecology –
Abies nebrodensis was once classified as a subspecies of the silver fir (Abies alba) and may have formed by speciation during the beginning of the last post-Wurmian interglacial.
The recent discovery has led to the consideration that, about 9,000 years ago, Abies nebrodensis and Abies alba were both present in the Sicilian mountains.
The professor. Giovanni Ettore Mattei described Abies nebrodensis, a splendid conifer that has been endemic to Sicily for about 9,000 years and which now has only about thirty specimens, risking extinction.
Abies nebrodensis is considered by the IUCN as a critically endangered species and has been included in the list of the 50 most threatened botanical species in the Mediterranean area.
In 2000, the Madonie Park started a LIFE Nature project for the conservation of this species.
A plan has been launched by the Sicilian Region to safeguard the species, which consists in entrusting the Abies nebrodensis seedlings.
Currently there are about 3,000 specimens of Abies nebrodensis cultivated in specialized botanical gardens and arboretums, both in Sicily and in other areas of southern Italy.