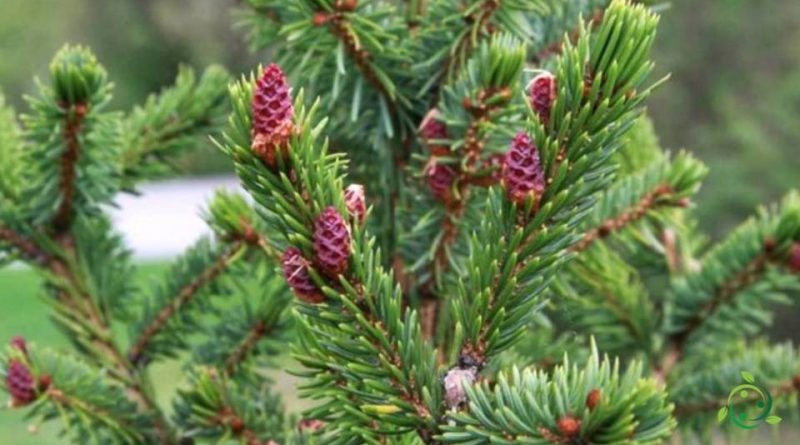 Reproduction of the Serbian spruce

The Serbian spruce (Picea omorika, (Panč.) Purk, 1877) is a plant of the Pinaceae family, native to 4 locations distributed in Serbia and Bosnia and Herzegovina. This plant is found in its natural state in a very small area of ​​Mount Tara (Serbia). In Italy it is found in the fossil state in the “varve” of Pianico-Sellere (in the Province of Bergamo).

Suitable breeding habitat –
Picea omorika grows in an area whose largest part is located within the Tara National Park, in Serbia. The other Serbian town is located in the municipality of Prijepolje. In Bosnia it is found in two areas: the first in the municipality of Čajniče, the second in the municipality of Foča. Growth zones in Bosnia are located on steep northern limestone slopes with sediments of volcanic origin, at altitudes between 800 and 1450 m.
This plant grows in association with other species including, depending on the altitude: weo Abies alba, Picea abies, Pinus nigra, Fagus sylvatica, Populus tremula, Sorbus aucuparia, Sorbus aria, Ostrya carpinifolia and Quercus species.
Growth zones in Serbia are located on steep northern slopes and deep ravines at altitudes between 800 and 1500 m. Associated species are P. abies, A. alba, F. sylvatica, Pinus nigra, Pinus sylvestris, Carpinus betulus and Acer platanoides.
For the cultivation of this plant it should be borne in mind that the habitat climate is characterized by high rainfall well distributed throughout the year, snowy in the winter, during which very low temperatures are recorded.

Propagation –
Picea omorika is a plant that can be grown in cold areas as this species is very resistant to cold, able to tolerate temperatures down to about -25 ° C when completely dormant.
It also loves abundant humidity at the roots and if grown in drier areas, the soil must be kept constantly moist.
The soil must have a pH between 4 and 6 but it also grows in pure calcareous soils and does not like shade and atmospheric pollution.
For propagation it is advisable to proceed with the stratification of the seed which will probably improve germination, therefore it is advisable to sow the fresh seeds in autumn in a cold seedbed. The seed should not be allowed to dry out and should be stored in a cool place.
It is advisable to sow in an area with light shade.
Once germination has taken place, the seedlings, which can already be handled, should be placed in individual pots and grown in a greenhouse or in a sheltered area for their first winter. They can then be transplanted in early summer of the following year, or placed in an outdoor nursery for about a year to increase in size. In this case they may need protection from spring frosts.
The multiplication can also be carried out by means of cuttings of semi-mature terminal shoots, 5 – 8 cm long, in the period of August, in a shaded area. In winter it will then be necessary to protect the plants from frost and rooting should take place in the spring.
It is also possible to prepare cuttings of mature terminal shoots, 5 – 10 cm long, in the period of September – early autumn in a cold greenhouse. In this case, rooting takes 12 months.
Finally, soft to semi-mature wood cuttings can also be prepared at the beginning of summer in a shady area. In this case the formation of the young seedlings will be slower but with higher rooting percentages.

Ecology –
The Serbian spruce is a plant that in Europe is quite cultivated in parks and gardens (central and northern Europe), while it is quite rare in Italy.
However, Picea omorika is a species protected by the Serbian authorities and therefore of no commercial importance; in the past its wood was traditionally used for the manufacture of barrels. Currently there is a semi-illegal trade in seeds used for forest planting or for ornamental cultivation.
Picea omorika is protected as with an estimated primary range of less than 200 km² and an estimated secondary range of 4076 km², this species is divided into about 30 very fragmented subpopulations and some of a few specimens. Despite the total protection offered by the strict conservative laws, there is evidence of a continuous, slow and progressive contraction of the area and of the population.
This phenomenon is probably mainly due to natural causes, as it is a species strongly adapted to cold climates typical of the ice ages and which suffers from the ongoing climatic changes oriented towards a progressive warming. Regeneration is difficult due to the presence of much more competitive plant species. For these reasons it is classified as an endangered species on the IUCN Red List.