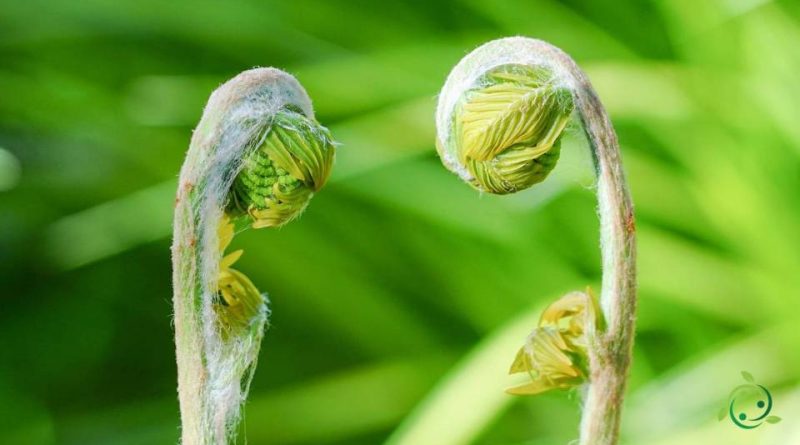 The term phytochrome means a green-blue chromoprotein present in plant organs, which has the function of regulating certain physiological processes such as induction to anthesis, germination of seeds, etc.
The phytochrome is therefore a soluble protein pigment of vegetable origin, with a molecular weight of about 250,000 Dalton.
The role of the phytochrome is within processes that occur through light but which are independent of photosynthesis. It intervenes for example in the germination, in the distension of the leaves and in the flowering.

Structure –
Phytochrome is a chromoprotein which appears as a dimer formed by two equivalent subunits, each of which is formed by two components: the chromophore and the apoprotein. The chromophore is a linear tetrapyrrole linked to the apoprotein through a thioether bond, and it is thanks to the chromophore, which undergoes a cis-trans isomerization, that the phytochrome passes from one form to another.
There are two forms of the phytochrome:
– the phytochrome Red (Pr);
– the Far-red phytochrome (Pfr).
The two forms of phytochrome differ in the peaks in their light absorption spectrum; the Pr peaks in the wavelength region of visible red (which is equivalent to about 660 nm); the Pfr has its peak in the infrared region (about 730 nm).
Plants synthesize the Pr form (blue color) which converts to the Pfr form when exposed to red light; which in turn converts to the Pr form upon exposure to infrared light.
For this reason, the two forms are in dynamic equilibrium with each other based on the spectrum of light exposure.

Synthesis –
The two parts of the phytochrome are synthesized separately and assembled in the cytosol; the chromophore (Phytochromobilin) ​​is synthesized inside the plastids and derives from 5-aminolevulinic acid (branching of the chlorophyll biosynthesis pathway) while the apoprotein follows the normal protein synthesis process. The assembly is autocatalytic (i.e. it occurs spontaneously once the two parts are in contact).

History –
The discovery of phytochrome dates back to 1959 when it was identified and cataloged as a substance by Butler and collaborators.
However, many properties of the phytochrome were already known since the 1930s thanks to experimental studies on the responses of plants to environmental stimuli. A fundamental step in understanding the functions of phytochrome was the discovery of the photomorphogenesis effects of red and distant red light.
From this arose Flint’s initial theory, of 1936, of the existence of two photosensitive pigments and the subsequent hypothesis of Harry Borthwick and collaborators, of 1952, of the existence of a single photoreversible pigment, which was later confirmed.