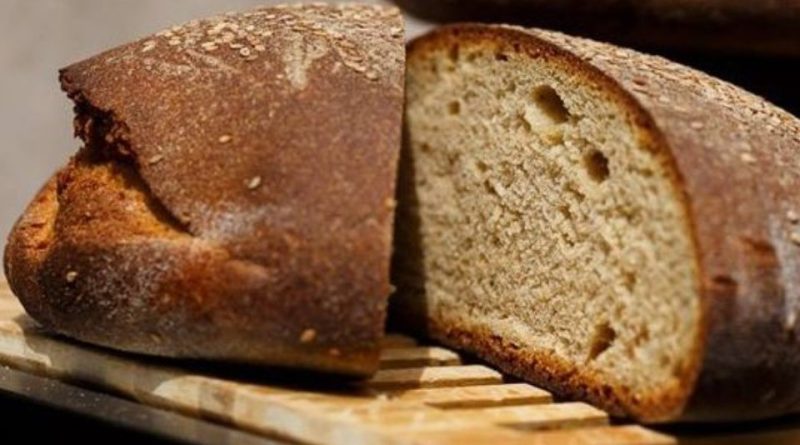 Origins and History –
Castelvetrano Dark Bread is a typical bread of this area, with the shape of a round loaf, with a hard coffee-colored crust and sprinkled with sesame seeds; the paste is soft and wheat yellow in color.
Castelvetrano Dark Bread is a famous product throughout Sicily and has become increasingly rare over the years and has even risked disappearing due to its particularity of being baked exclusively in wood ovens and being produced with Sicilian stone-ground grains.
Tradition has it that the freshly baked and still hot Castelvetrano Dark Bread is divided in two and tanned with extra virgin olive oil (preferably from the local Nocellara del Belìce), salt, oregano, sliced ​​tomato, typical cheese of the area (primosale or Vastedda) , boned anchovies or sardines and basil.
The history of this ancient bread is linked to the traditional crops of the area that includes the Municipality of Castelvetrano and other neighboring ones. The production of this bread is linked in particular to the cultivation of Timilìa, a short-cycle durum wheat that is sown in March and harvested in June. It should be emphasized that this grain was often sown, especially in the past, when the season had proceeded so rainy as not to allow winter sowing.
According to the account of Johann Wolfgang Goethe’s trip to Sicily in 1787, «La tumenia, whose name derives from bimenia or trimenia, is a beautiful gift from Ceres, a kind of summer wheat that matures in three months. They sow it on New Year’s Eve until June and it is always ripe on the established date. It does not need abundant rain, but strong heat; at the beginning the leaf is very delicate, but then it grows together with the grain and in the end it becomes very strong. The sowing of the wheat takes place in October and November, and in June it is already ripe. ”
Once the particular mixture of semolina is processed with stone mills, a wholemeal flour with a high protein value and a low gluten index is obtained. Precisely for this rare grain and for the slow cooking in the wood oven, the typical bread of Castelvetrano, as mentioned, was in danger of disappearing. It was the initiative of local bakers, united in a consortium, to revitalize the production of flour from the mills with stone millstones and, consequently, the enhancement of Castelvetrano Dark Bread.
Castelvetrano Dark Bread is protected by a Slow Food presidium which brings together the bakers in a small consortium. The goal is to build the traditional bread supply chain by increasing the cultivation of Timilìa wheat by also involving the stone mills, which are essential for grinding ancient wheat while maintaining its valuable organoleptic qualities. Since 2008, the process to obtain the recognition of a PDO garrison has been underway.

Geographic area –
Castelvetrano Dark Bread is produced in a relatively small area, a factor that was determining its disappearance, among others. This bread is in fact produced in two municipalities: Castelvetrano and Campobello di Mazara, both located in the southern part of the Free Municipal Consortium of Trapani.

Raw material –
Castelvetrano Dark Bread is made by mixing two different semolina: that of Sicilian blond wheat and that obtained from a variety of local durum wheat, tumminìa, both wholemeal and ground in natural stone mills.
The tumminìa (timilia) or marzuolo wheat, formerly Tûmìnia Nigra (and also known by other names such as: tremelia, tumminia, trimminia, tummulia, diminia, diminè, riminia, mazzuolo wheat, marzuddu) is one of the 32 durum wheat cultivars (Triticum durum Desf. var. affine Koern which is part of the tetraploid group and which has 28 chromosomes and cultivated in the provinces of Agrigento, Caltanissetta, Enna, Messina, Palermo, Ragusa, Trapani.
Tumminìa is a particularly hard wheat with a short cycle (quarterly), sown in March, characterized by dark and crystalline kernels. The name is traced back to the Greek trimenaios (quarterly cycle wheat sown in March).
The dark color of the tumminìa is responsible for the coloring of the dark bread.

Description –
Castelvetrano Dark Bread has the shape of a loaf, which in Sicilian is called vastedda or “ox leg” (cuddura), traditionally weighing 1 kg and with a diameter of 20-30 cm and a thickness of 8-10 cm.
The rind is covered with sesame seeds, it is hard and dark in color, like coffee. The interior is wheat yellow in color, with soft crumbs and a sweet flavor and intense smell.
The product is compact, suitable for a long conservation.

Production Method –
The flour is mixed with water, salt from Trapani and natural yeast (called lu criscenti). After a long leavening of the dough, the loaves are baked at 300 ° C in stone ovens fed with the olive branches cut in the pruning.
Among other things, it is often the bakers who, in addition to taking care of the dough, collect the dried bundles of olive tree prunings and arrange them and turn on the oven where they cook the dough.
Each baker has an old well-ventilated warehouse where the pruning of the olive trees can be dried.
When the fire has brought the oven to temperature, the embers are removed and the oven is carefully cleaned with a dwarf palm broom (Chamaerops humilis L., 1753) before putting the bread in the oven, which cooks slowly, without direct fire.
This process makes Castelvetrano Dark Bread a product characterized by the scent of toasted with notes of almond and malt.

Gastronomic use –
Castelvetrano Dark Bread, in addition to its particular raw material and production methods, has great nutritional qualities thanks to the wholemeal flours used and, in particular, to the Timilìa, useful for maintaining a healthy heart and strengthening the immune defenses. It also contains tryptophan, an amino acid that increases the level of serotonin with sedative and anti-stress properties.
This bread is excellent enjoyed alone or with many dishes. As soon as it is taken out of the oven, when it is still hot, its aromas and fragrances can be fully appreciated. As mentioned, tradition offers it seasoned with extra virgin olive oil such as that of Nocellara del Belìce, salt, oregano, sliced ​​tomato, primosale cheese, anchovies and basil.