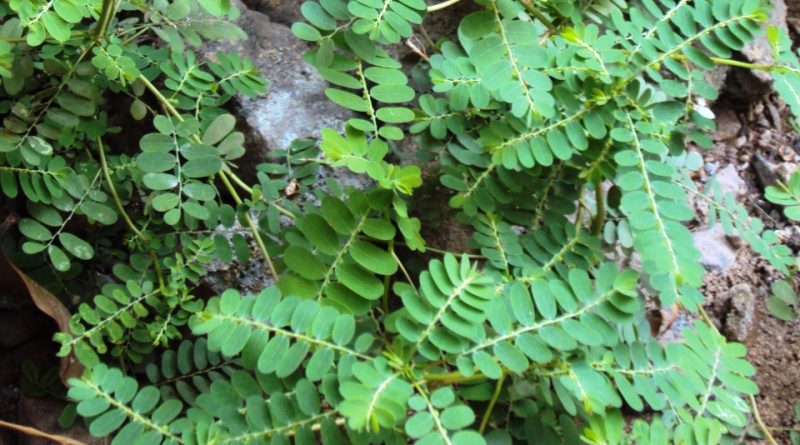 The gale of the wind or stonebreaker or seed-under-leaf (Phyllanthus niruri L.) is a shrub species belonging to the Euphorbiaceae family.

Etymology –
The term Phyllanthus comes from the Greek φύλλον phýllon leaf and from ἄνϑοϛ ánthos fiore: for the flowers that appear at the base of the leaves.
The specific epithet niruri comes from the vernacular name of these Malabar shrubs.

Geographic Distribution and Habitat –
Phyllanthus niruri is a plant native to South America, present in: Argentina, Paraguay and Uruguay, north of the Caribbean and through Central America to Mexico and Texas.
Its habitat is that of tropical areas in lower mountain evergreen forest areas, at an altitude of 1,000 – 2,500 meters. 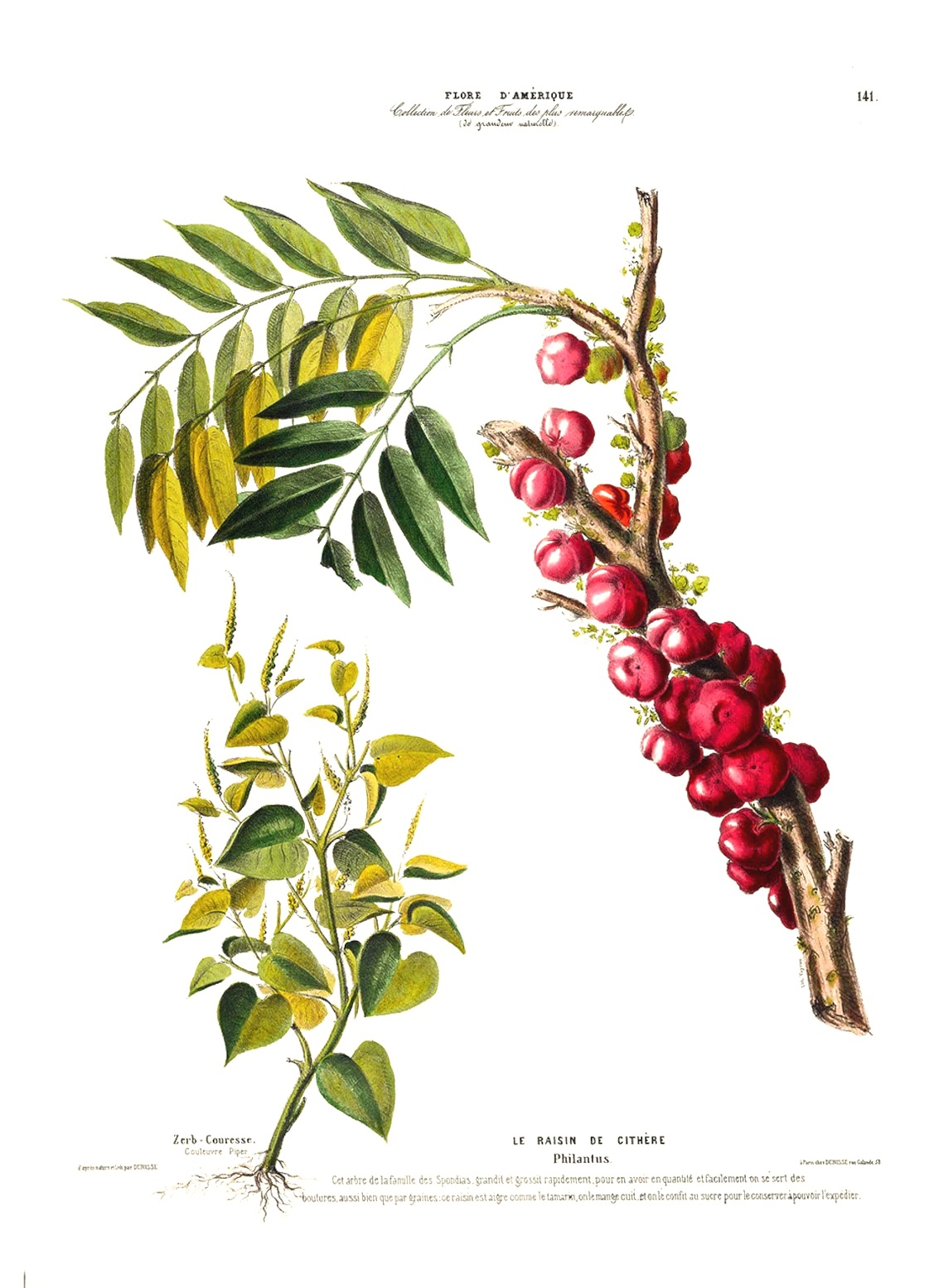 Description –
Phyllanthus niruri is an annual plant, often branched from the base, which grows around 50-70cm in height and bears ascending herbaceous branches.
It has a smooth, light green bark.
The leaves are small, elliptical ovoid in shape, carried alternately on single twigs.
It bears numerous light green colored flowers that are often reddened.
The fruits are tiny, smooth capsules containing seeds.

Cultivation –
Phyllanthus niruri is one that is commonly harvested in nature for local use as a medicine and is also the source of a dye.
It is a plant that can be grown easily and grows in most soils in a full sun or partial shade location.
The plant propagates mainly by seed.

Customs and Traditions –
Phyllanthus niruri is a very widespread tropical plant that is commonly found in coastal areas and that has been used in traditional medicine both by the peoples of the areas where it grows and in other areas, for the treatment of various diseases.
The plant is often used medicinally in India where the root, leaves, fruit, latex and whole plants can be used. It is considered acrid, refreshing, diuretic and as an antidote. It is considered useful in the treatment of thirst, bronchitis, leprosy, anemia, urinary losses, anuria, biliousness, asthma, hiccups.
The plant is used to treat syphilitic blennorrhea.
The root is diuretic and is used to remove bladder stones and is a remedy for jaundice.
With the most tender roots you can prepare an infusion useful for the treatment of chronic dysentery.
An infusion is prepared with the leaves which is used as a treatment for dysentery.
The herb is stomachic and useful in treating chronic sores and dysentery.
A poultice of leaves, combined with salt, is used to treat the ringworm disease, used without salt it is applied on bruises and wounds.
The infusion of root and leaves is a good tonic and diuretic when taken cold in repeated doses.
Latex is a good application for treating various sores.
The fruits are useful in the treatment of tuberculous ulcers, wounds, sores, scabies and ringworm.
The seeds are cholagogue and febrifuge.
An infusion is given to women after giving birth.
The plant contains the alkaloid norsecurinina, numerous lignans and alkaloids, essential oils, leucodelfinidinici and antihepatotoxic principles.
The bark and the leaves produce a bitter principle, the phylline.
Among other uses, it should be remembered that a decoction obtained from leaves and stems is used to dye the cotton black.
A 2011 Cochrane review found that “there is no convincing evidence that phyllanthus, compared to placebo, benefits patients with chronic HBV (hepatitis B virus) infection.”

Preparation Method –
Phyllanthus niruri is a plant of which all parts are used for medicinal purposes.
Both the roots and the leaves are used to prepare infusions used for various purposes.
A poultice of leaves is prepared, combined with salt, for various purposes.
The infusion of root and leaves is used as a good tonic and diuretic.
The latex is used in the application on sores from various wounds.
The fruits are useful in the treatment of tuberculous ulcers, wounds, sores, scabies and ringworm.
The seeds are cholagogue and febrifuge.