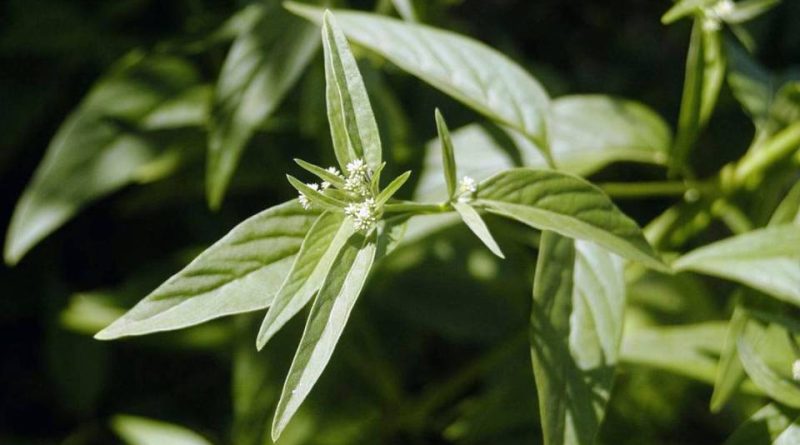 Etymology –
The term Hebanthe is unclear, perhaps referring to the vernacular name of the species.
The speiciferous epithet eriantha comes from the Greek ἔριον érion lana and ἄνϑοϛ ánthos fiore: from the woolly flower.

Geographic Distribution and Habitat –
Hebanthe eriantha is a plant native to South America, present in the Amazon rainforest, from Brazil to Ecuador, Panama, Paraguay, Peru and Venezuela.
The characteristic habitat is that of the vegetation of the natural forest systems of South America, in tropical and sub-tropical climates and in conditions of high humidity. 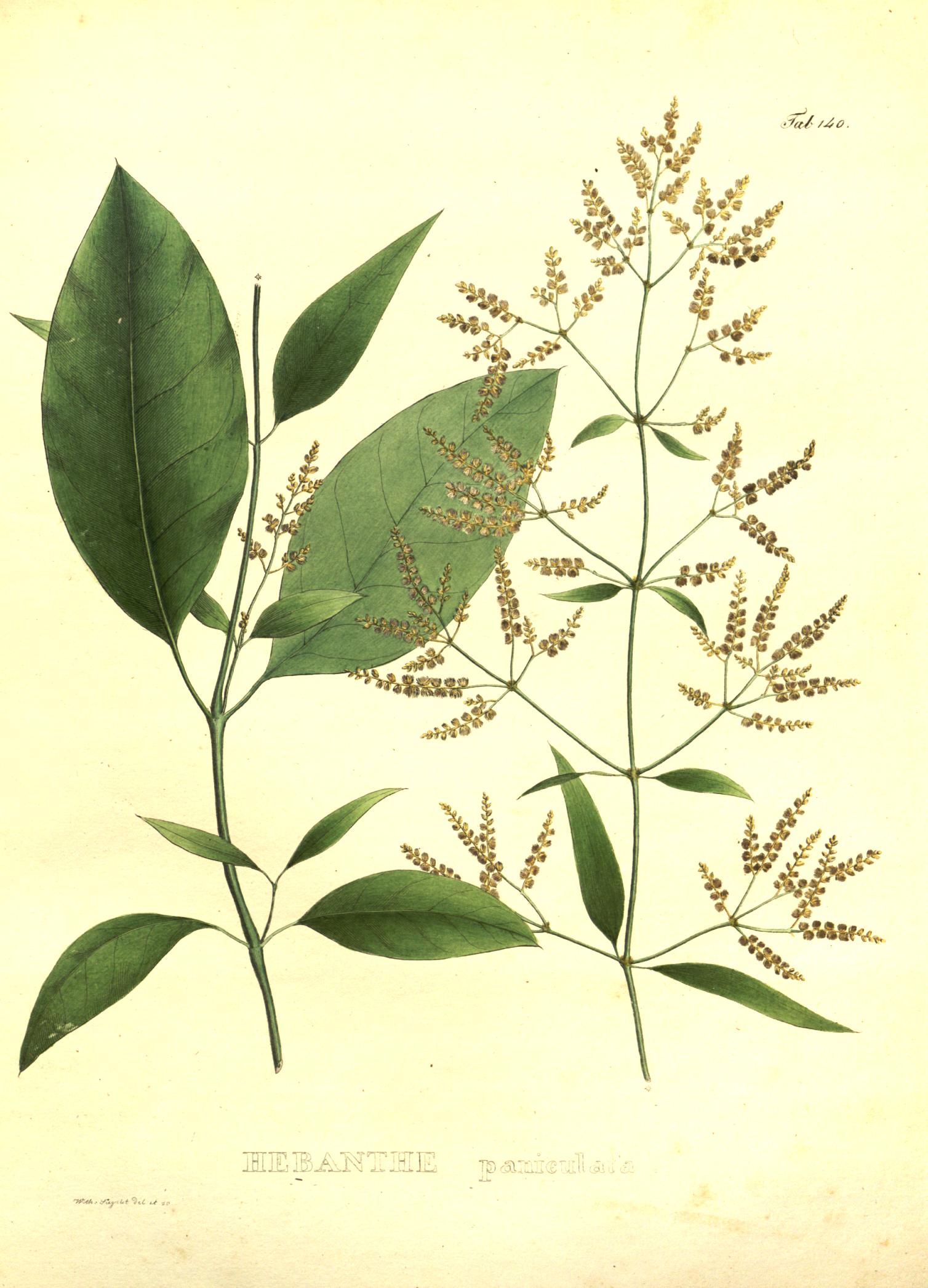 Description –
Pfaffia is a climbing shrub plant with great development.
It has an intricate, deep and extensive root system.
The leaves are dark in color, ovate, opposite, with evident veins.
The flowers are small, white, carried in terminal inflorescences.

Cultivation –
Hebanthe eriantha is a very important medicinal herb, which is harvested in the wild and exported to many countries.
There are no more details on its cultivation but it can still propagate by seed in pedoclimatic environments similar to those of natural growth.

Customs and Traditions –
Hebanthe eriantha, known by various names such as: pfaffia, suma or Brazilian ginseng, is a plant originating from the Amazon forest well known in Central and South America where, in the tropical regions bordering the Parana River, more than fifty species grow.
It is known among indigenous peoples as “Para todo” (which means: for everything) and is widely used in traditional medicine to increase the energy level, reduce the sense of fatigue and increase libido, also improving the sexual performance of men.
In fact, the indigenous peoples of the Amazon region have used the root of this plant for generations, for a wide variety of health purposes, including as a general tonic; as an energetic, rejuvenating and sexual tonic; is a calming agent; has been used to treat ulcers and as a panacea for at least 300 years.
The root contains phytochemicals including saponins (pfaffoside), pfaffic acid, beta-ecdysterone, glycosides and nortriterpenes.
In detail, the root contains 19 different amino acids, a large number of electrolytes, trace elements, iron, magnesium, zinc, vitamins A, B1, B2, E, K, and pantothenic acid. Its high germanium content probably explains its oxygenating properties at the cellular level; its high iron content may explain its traditional use for anemia.
As for the saponins present, these are well known for having a broad spectrum of activities including lowering blood cholesterol; inhibiting the growth of cancer cells; and acting as antifungal and antibacterial agents. However, they are also known as natural cleaners and foaming agents.
According to some authors, saponins can act by binding to bile acids and cholesterol. These chemicals are thought to “clean” or eliminate these fatty compounds from the body (thus lowering blood cholesterol levels).
These saponins have been clinically shown to inhibit cancer cell melanomas and help regulate blood sugar levels.
Pfaffia root is a very important medicinal herb with a very long history of traditional use among the indigenous peoples of the Amazon region. It is considered, as mentioned, a general cure-all.
In modern herbal medicine the root is considered an adaptogen and a tonic, capable of increasing the body’s resistance to adverse influences from a wide range of physical, chemical and biochemical factors and of having a normalizing or restorative effect on the body as a whole.
It is taken to stimulate the appetite and circulation; increase the production of estrogen; balance blood sugar levels; boost the immune system; strengthen the muscular system; improve memory; and as a general tonic after an illness.
It is used to treat chronic fatigue and exhaustion; impotence; arthritis; anemia; diabetes; cancer; high blood pressure; premenstrual syndrome, menopause and hormonal disorders; and many types of stress.
This plant has shown analgesic and anti-inflammatory activities in various studies.
Apart from these uses, no other uses are known.

Preparation Method –
The root is used both whole and plvere of the pfaffia.
In modern herbal medicine, powder is mainly used as an energizer and tonic, to support efforts and in sports, as an adaptogen, indicated in states of fatigue, to stimulate cognitive processes.
It is also used as an immunostimulant and to increase libido and sexual performance.