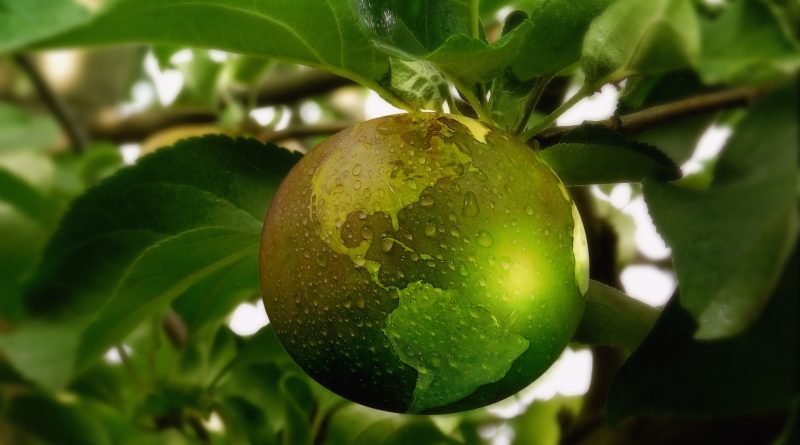 From COP26 to the Future of Humanity

The 2021 United Nations Climate Change Conference, known as COP26, is the 26th United Nations Framework Convention on Climate Change.
COP26 was organized in Glasgow (Scotland) from 31 October to 12 November 2021, under the presidency of the United Kingdom and in collaboration with Italy.
This conference incorporates the 26th Conference of the Parties (COP26), the 16th Conference of the Parties to the Kyoto Protocol (CMP16) and the 3rd Conference of the Parties to the Paris Agreement (CMA3).
We clarify that the conferences are attended by world leaders, ministers and negotiators, but also by representatives of civil society, business, international organizations and the media.
The goal of this conference is that all parties commit themselves to more ambitious goals than those set by COP21. Under the Paris Agreement, in fact, the parties are required to carry out a verification of the commitments made every five years, a process commonly known as the “upward mechanism”.
The COP26 represents, in fact, the attempt, in embryo, of a World Policy aimed at developing a social and therefore economic organization that does not go into conflict with the delicate balances of the Planet.
In fact, in the sphere of climate change, “the parties” are above all the governments that have signed the United Nations Framework Convention on Climate Change (UNFCCC).
Recall that the COP is hosted each year by a different country and the first such meeting, COP1, took place in Berlin, Germany, in 1995.
Obviously, from 1995 to today, events have followed one another with such rapidity that the same methods of approach and the issues addressed by the parties have gradually seen a substantial metamorphosis.
Political metamorphosis is perhaps the key concept within, not only of the COP but of all international policies, as indicated by Agenda 2030.
We also recall that the COP’s benchmark is to be included in the Paris Agreements. The Paris Agreement is in fact an international treaty signed by almost all the countries of the world at COP21 in Paris in 2015.
Its goals are to keep the global mean temperature rise “well below” 2 degrees above pre-industrial levels, ideally 1.5 degrees; strengthen the ability to adapt to climate change and build resilience and align all financial flows with “a path towards low greenhouse gas emissions and climate resilient development”.
To accomplish this, the Paris Agreement has a “bottom-up” approach in which countries themselves decide how much to reduce their emissions within a given year. Accordingly, countries communicate these goals to the UNFCCC in the form of “nationally determined contributions” or “NDCs”.
To achieve this and thus limit warming to 1.5 degrees, global emissions must halve by 2030 and reach “net zero” by 2050.
We add, for the record, that the report of the Intergovernmental Panel on Climate Change (IPCC) of 2021 stresses that it is still possible to reach the goal of 1.5 degrees, but only if “action without previous “.
At this point, for further clarity to those unfamiliar with these complex issues, one of the main “benchmarks for success” of COP26 is that as many governments as possible present new NDCs and, when put together, these are enough ambitious to put the world on track to reach “well below” 2 ° C, preferably 1.5 ° C.
In fact, remember that the difference between 1.5 and 2 degrees is substantial: each degree increase translates into an increase in risks and the climatic events in the Mediterranean in autumn 2021 are an evident planetary feedback.
According to experts, to have a positive result in Glasgow, developed countries already needed to honor their promise made in 2009 to mobilize $ 100 billion a year by 2020 to support climate action in developing countries. development. Official data for 2020 will not be available until 2022, but it is clear that last year’s target was not met.
Beyond the recent announcements by President Joe Biden to double US climate finance, it still seems limiting to measure everything in terms of investments.
Climate change is not just a question of the gap between the north and the south of the world but of policies to safeguard the rights of the weakest with respect to the opulent West.
Indeed, discussions on these issues often focus on mobilizing funding. As usual, finance has become a gray cloud that prevents us from seeing the rays of the sun that speak another language from various parts of the planet.
It is important that the parties make progress on another way of understanding the policy and therefore to give further operation of the “global target on adaptation” of the Paris Agreement which, at the moment, is formulated in a vague and very lacking way. aspects related to justice, lifestyles, solidarity, social equity, etc. 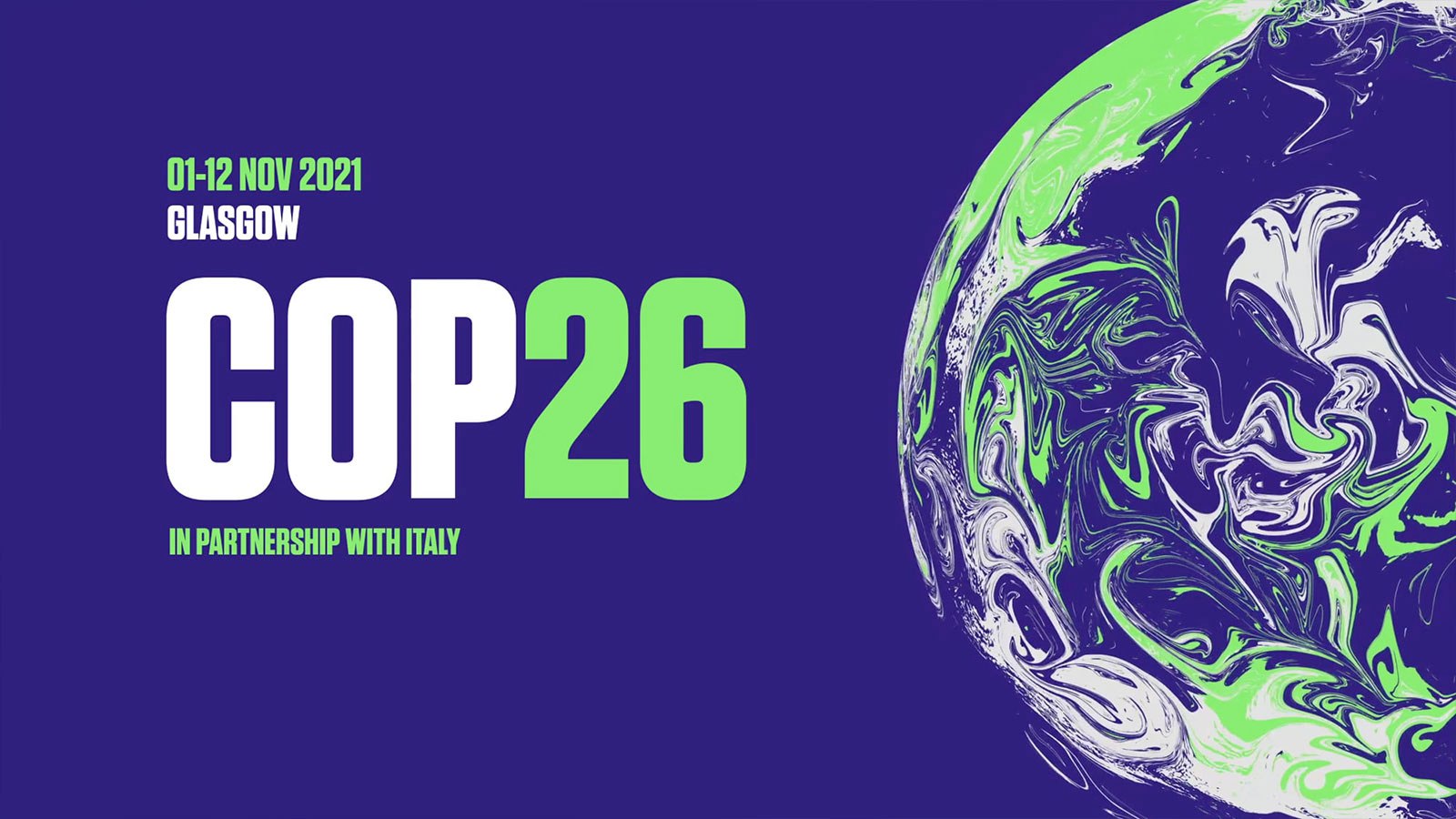 This issue is one of those that makes the “parties” travel within the COP in a differentiated manner.
For example, as of September 2021, 86 countries and the EU27 submitted new updated NDCs to the UNFCCC.
Some governments, such as China and Japan, have promised new targets for 2030 but have yet to officially present them.
Some of the new NDCs are in the upper bounds of what many expected.
In addition, some 70 countries have yet to communicate new or updated targets. And several others, such as: Australia, Brazil, Indonesia, Mexico, New Zealand, Russia, Singapore, Switzerland and Vietnam, showed up without real plans and ambitions.
To return more concretely to models and political visions, as I have written repeatedly and from many sides, we are facing a historical moment in which we must begin to be coherent with ourselves.
It is not enough to point to “politics”, with a disarming generalist logic and without a construct, the responsibilities of what is happening.
The truth is that the elements that, as a whole, make up the Nature of our Planet are making it clear to us, if anyone still misses it, that the “Western” socio-economic model was, and is, off course. It’s not just politics off course but each of us.
We are an ocean in which each person is a drop that can take on a negative or positive polarity (the indifferent fall into the negative, and into the worst).
Criticism and rebellion are not enough, which is increasingly evident and growing: just enter a chat, a social network to realize it. There are few self-criticisms and this does not help us.
To use a term so dear to farmers and artisans, it is necessary to roll up your sleeves; starting to question oneself: otherwise conversion does not take place.
This world needs Conversion, which everyone can then identify in his conscience as moral, religious, cultural, etc .; it does not matter: it is necessary to approach the question in a different way, assuming however a proactive behavior, made up of dialogue, comparison, self-criticism, revision of one’s way of thinking and being.
In all this, however, the focus must not be on the economy and finance but on the Person with his rights and duties to implement them.
I do not believe in an ecologism in which humanity and a new humanity capable of synchronizing with Nature are not at the center.
It is not for nothing that I used the term Naturocene to contrast it with that of Anthropocene.
If the anthropocene is, according to some proponents, a geological epoch, in which the human being with his activities has succeeded with territorial, structural and climatic changes to affect geological and environmental processes, the Naturocene must be a geological epoch, in the which the human being with his activities returns to synchronize himself with the geological and environmental processes of the Planet.
This is why a protest is not needed without a proposal and one cannot pass on to a proposal if one does not reconsider, starting from oneself, one’s own polarization.
To enter the Naturocene you need a different ecologism, a different concept of well-being, a different way of relating to Nature, starting from agriculture, the use of resources, the way to take each step; lightening that “ecological footprint” that does not belong to politics (or at least not alone) but to our behavior.
This obviously demands a new way of conceiving politics, moving from the liberal model to that circular economy which is not just an economic-financial fact but social justice towards the populations, towards that right of peoples to evolve in a sustainable and ecological way.
Unfortunately we are witnessing a transition, such as the National Recovery and Resilience Plan (PNRR) which, in order to allow the so-called green and digital development of the country, is not yet wearing that dress of social and environmental justice necessary to talk about a true and own Ecological Conversion.
This is why a new environmentalism is needed: humble, self-critical, positively polarized, proactive, able to wear those clothes that from Francis of Assisi to Ghandi (to mention those who universally, and in almost 800 years, despite their cultural and historical, are considered the cornerstones of this ecological vision) becomes the interpreter of a new soul, of a new ecological vision that brings together and synchronizes humanity and Nature.
Everything else is, to use Gandhi’s words, “absolute filth, always to be avoided”.