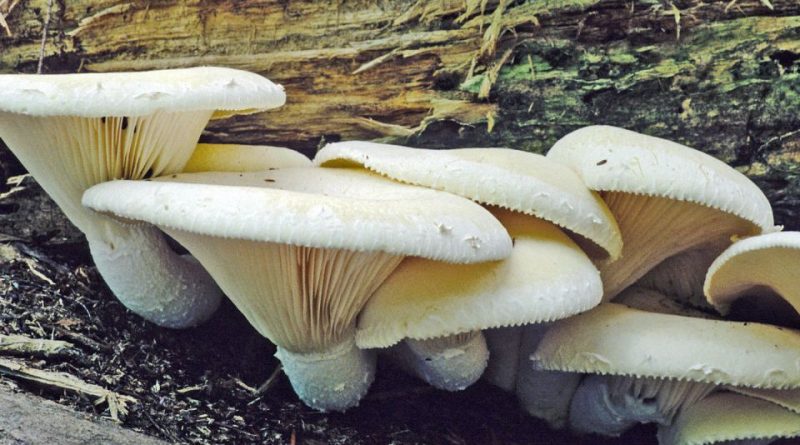 Geographic Distribution and Habitat –
Pleurotus dryinus is a saprophytic fungus that grows on deciduous wood, rarely on conifers.
It is found mainly on oaks (hence the name), but also on beech trees, other broad-leaved trees, and, as mentioned, occasionally on conifers. It is often solitary or can grow in small groups.
It appears in the period from summer to autumn and is present throughout Europe, where it varies locally between common and rare and also grows in North America. 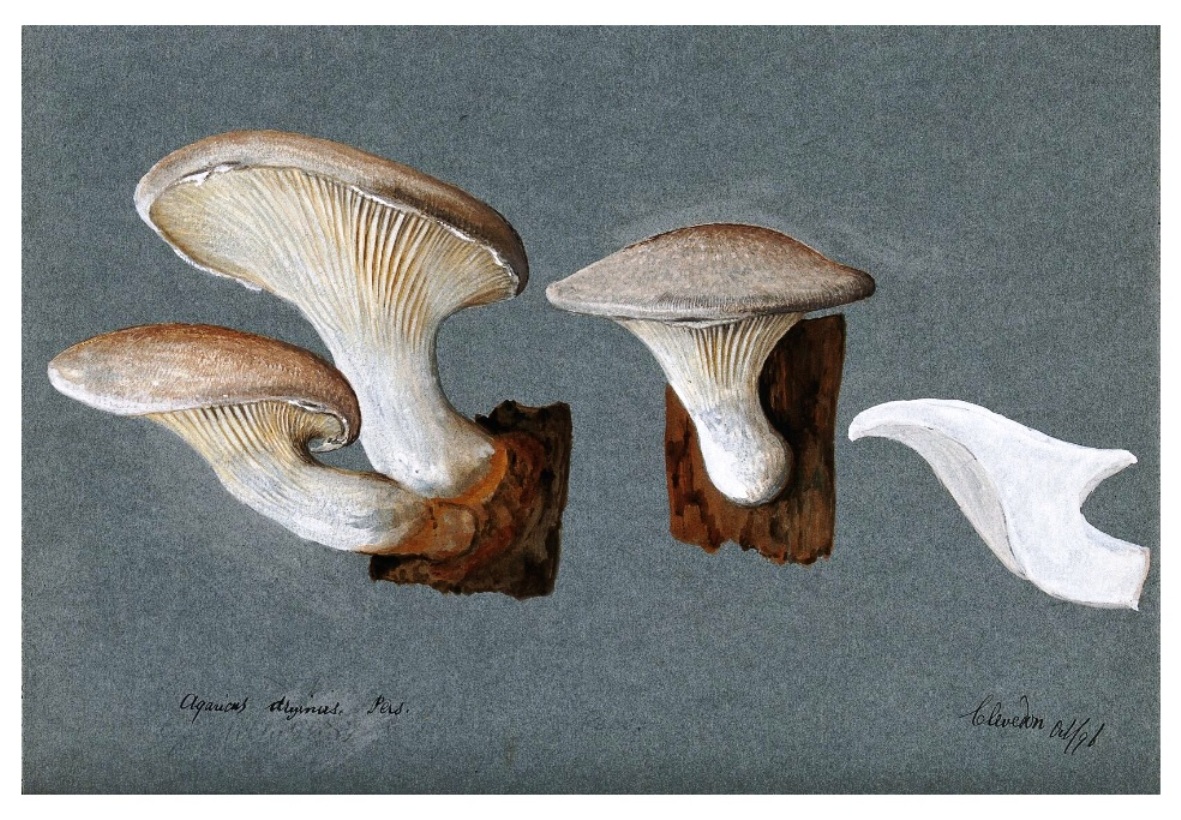 Recognition –
Pleurotus dryinus is a mushroom with a hat, which can reach about 130 – 150 mm, of pale color, beige or (in the tephrotrichus variety) greyish; it may later turn yellowish. Remnants of veil can adhere to the edge.
In the juvenile phase it is velvety (tomentose) and the tomentum can develop into gray-brown scales; in the old specimens the surface becomes bare and can break.
The stem measures 20-50 mm; it is lateral and eccentric, felted-fibrillose, short, hard, full; white, whitish, yellowing to handling and with age, there is an annular area that is soon fleeting, conical base, rooting.
The lamellae run along the stem and can anastomose (crossed) at the lower end. These are white or cream in color.
The flesh is firm, tough, white.
The smell is described as “pleasant” or “slightly spicy”.
The smell is definitely not mealy (which can be used to distinguish this mushroom from P. calyptratus).
The flavor is delicate, sweet and pleasant.
From the microscopic point of view, a meat can be noted that can be monomitic but can also be dimitic, with hyphae with extra thick walls that give the meat a hard texture.
The spores are elongated in the shape of a rounded cylinder and are approximately 9-15 μm by 3-5 μm.
There are no cystidia.

Cultivation –
The Pleurotus dryinus is a species of not easy to find, it prefers above all to grow on broad-leaved wood, rarely on conifers.
It is a fungus which, unlike Pleurotus ostreatus, is not ordinarily cultivated.

Customs and Traditions –
The original definition of this mushroom was Agaricus dryinus and was made by Persoon in 1800. In 1871 in his “Führer in die Pilzkunde” (“Guide to mycology”), Paul Kummer introduced Pleurotus as a genus and defined three similar ringed species: Pleurotus corticatus, Pleurotus Albertini and Pleurotus dryinus. They were distinguished because only P. corticatus has intertwined (anastomosed) gills on the stem and P. Albertinii is larger and grows on coniferous wood rather than oak. However, nowadays all three are considered to be forms of the same species. The name dryinus takes precedence because it is the oldest.
Furthermore, in 1874 Fries defined a species Pleurotus tephrotrichus, having a deeper gray color, which was again incorporated into P. dryinus but can be distinguished as the variety P. dryinus var. tephra.
In any case, Pleurotus dryinus is an infrequent species that grows in small groups on live holm oak trunks.
It is an edible mushroom when young, after cooking.

Preparation Method –
The Veiled Oyster Mushroom is an edible mushroom, even if it is hard when it is older and inferior to the more well-known Pleurotus species.
However, it can be consumed (only when young) but does not offer good organoleptic characteristics, as well as having a rather tenacious, almost leathery flesh.