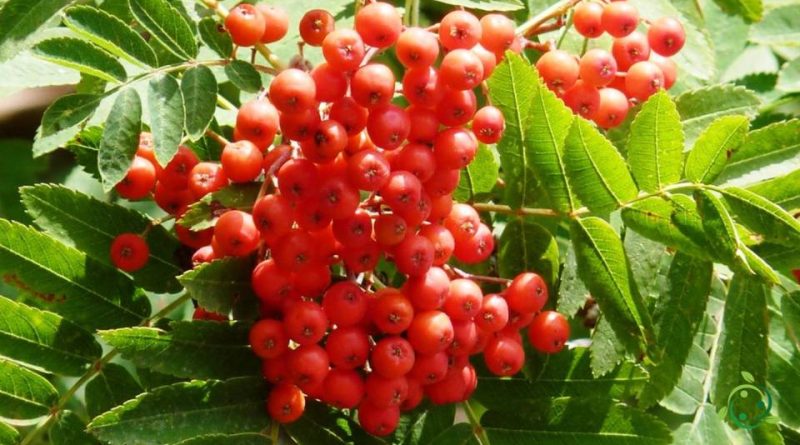 How is the rowan tree grown

The rowan (Sorbus aucuparia L.) is a tree of the Rosaceae family native to central-northern Europe and the southern mountains. It is found between 600 and 2,100 meters of altitude. In Italy it is present in all regions, from the Alpine areas to Sicily and Sardinia.
The name derives from the fact that, being its berries appetite for small migratory birds, it is traditionally used in fixed stalking for hunting such prey. It was also planted around plants for capturing this fauna by means of nets.
The rowan tree, in the spring period, produces flowers in erect corymbs, with a diameter of about 15 cm, with round, white petals and yellow stamens.
The fruits are rounded, bright red apples, about one centimeter in diameter, which remain on the plant throughout the winter.

Cultivation –
For the cultivation of the rowan tree it is necessary to choose semi-shaded areas and cool places with temperatures that are not too high; as regards the pedological aspects, the soils must be at an acid pH and well drained.
Remember that being a rustic plant it does not need particular water supplies except in the first phase of planting, after which it is satisfied with rainwater.
For a good growth of the plant it is recommended, at the time of planting, to put a good amount of mature manure mixed with the substrate extracted from the hole in the hole.
The rowan, like the rowan, reproduces by seed or by semi-woody cutting. The seeds extracted from the berries in winter should be stored in a cool and dry place until spring.
As far as adversity and diseases are concerned, Sorbus aucuparia is a very resistant plant; only in the event of an excessively humid climate can powdery mildew suffer.

Uses –
The rowan of the fowlers, as mentioned, is a very popular plant for fowling, because its fruits are very much appreciated by frugivorous birds.
This plant is also widespread in parks, gardens and road trees.
In popular Friulian, Cadore and Central European culture, the dried berries of this plant were used as a repellent for witches, werewolves and demons, and as an “antidote” to evil and spells.
In Norse mythology, the plant is considered sacred to the god Þórr and is attributed magical powers, capable of driving out evil entities and increasing fertility. In fact, this sacredness seems to be an influence of the Lapp culture in which the plant is sacred to the god of thunder Horagalles (whose wife herself is called Raudna, that is “rowan”).
A widespread food preservative with antifungal action is extracted from the berry: sorbic acid, E 200. It is also possible to obtain sorbitol: a sweet-tasting polyol used as a sweetener (E 420).