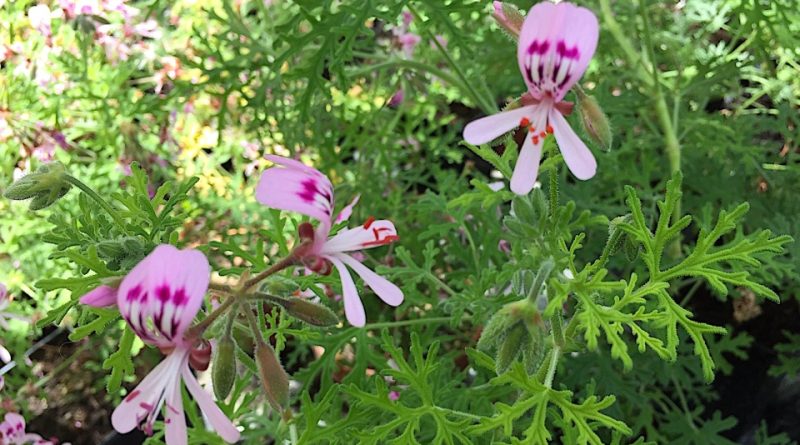 The rasp-leaf pelargonium (Pelargonium radens H.E. Moore, 1955) is a herbaceous species belonging to the Geraniaceae family.

Etymology –
The term Pelargonium comes from the Greek πελαργός pelargós stork: due to the shape of the fruits that resemble a crane’s beak.
The specific epithet radens refers to rough leaves and rasps.

Geographic Distribution and Habitat –
Pelargonium radens is a plant endemic to the Cape Provinces of South Africa.
Its habitat is that of the valleys sheltered in the furrows of rough paths, in ravines or gorges and in the mountain scrub often corresponding to rocky streams. 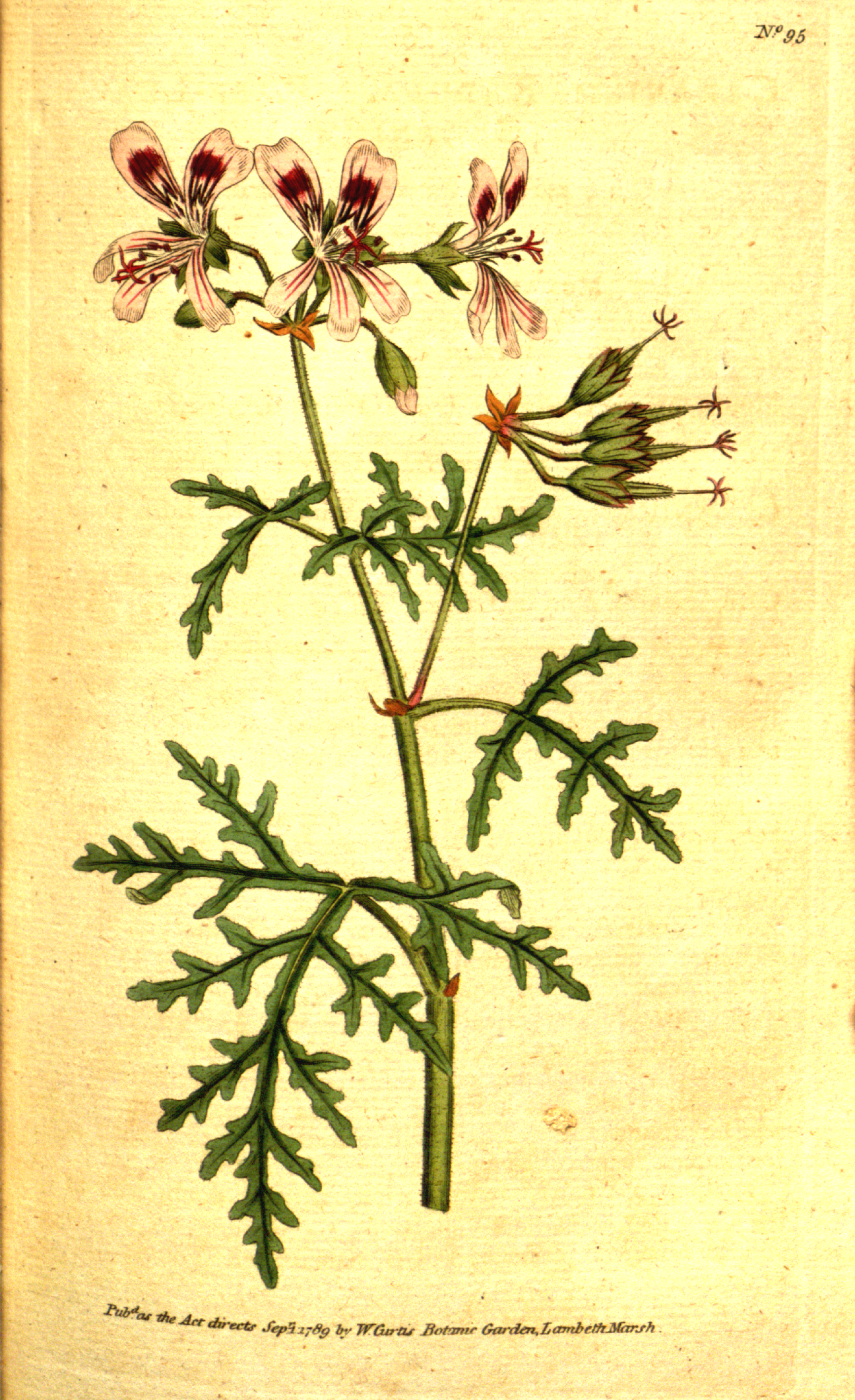 Description –
Pelargonium radens is an evergreen perennial, growing up to 1.5m in height.
The leaves are gray-green, rough, fragrant, triangular in shape, deeply cut.
In the summer it produces clusters of small pink-purple flowers, collected in inflorescences, followed by small brownish seeds with a curly terminal part.

Cultivation –
Pelargonium radens is an evergreen shrub that is harvested in its natural state or grown for local use as a medicine and source of materials.
In general it is an easy plant to grow that requires a light and well-drained soil with a neutral to alkaline pH and in a sunny position.
The plants are not very resistant even at higher latitudes, tolerating temperatures down to about -5 ° C.
In this case they require greenhouse cultivation, but can be grown in areas with milder climates.
In cold climates they can be grown in containers that are placed outdoors in the summer and then taken indoors or in a greenhouse for the winter.
Plants need to be kept dry enough in winter.
They are plants very tolerant to pruning, they can be cut down to the base in the fall when brought back into the house, or in the spring to encourage the growth of new shoots.
Pelargonium radens is grown in Europe for its essential oil and the leaves give off a scent of roses.
Propagation occurs both by seed and sown as soon as it is ripe in a greenhouse (in cold climates). The stored seeds should be sown in early spring. The seed germinates best with a minimum temperature of 13 ° C, germination usually occurs within 2 weeks although it sometimes takes a few months.
The transplant should then be done in individual pots when the seedlings are large enough to handle them.
In hot climates the transplant must be done from spring to summer.
It can also be propagated by cuttings; these take root at any time in the growing season, but early summer is the best time.

Customs and Traditions –
Pelargonium radens is a plant that is traditionally used as the leaves are edible and used as a flavoring in jellies and herbal teas.
From the leaves and flowers an essential oil is obtained which is used commercially as a flavoring and food additive (geranium oil, pink geranium oil) but also used a lot in perfumery. This essential oil is classified as generally recognized as safe by the United States FDA when small amounts are added to foods.
All parts of the plant are astringent.
Fresh leaves are used externally and rubbed on sore feet or legs.
The dried leaves are used as a fixative for other perfumes in potpourri, and are also added to insect repellent sachets.
Among other uses, it should be remembered that Pelargonium radens is used as a houseplant.
The extracts of this plant have been subjected to laboratory tests to evaluate their possible hypoglycemic effect; the tests were carried out on diabetic mice by determining the level of glucose in the blood before and after the application of the extracts in three different doses. A significant reduction in the blood glucose level was observed in the treated mice. The hypoglycemic effect depends on the type and dose of the administered extracts.

Preparation Method –
From the leaves and flowers of Pelargonium radens an essential oil is obtained which is used commercially as a flavoring and food additive and in perfumery. All parts of the plant are astringent.
Both fresh and dried leaves are used which are used as a fixative for other perfumes in potpourri or added to insect repellent sachets.