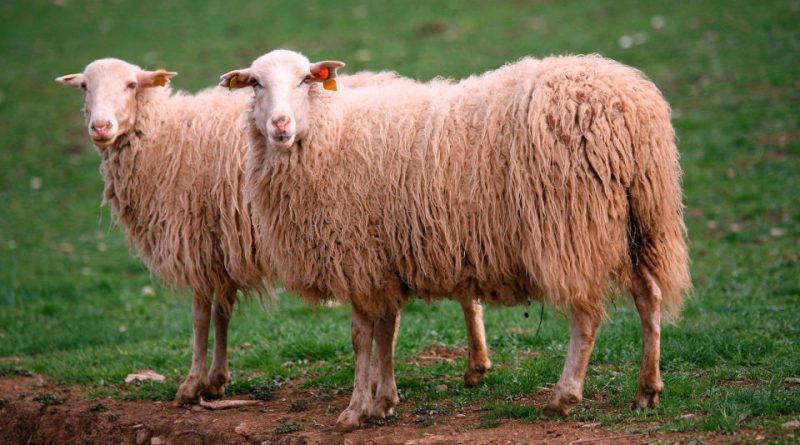 The Ansotana is a domestic sheep breed (Ovis aries Linnaeus, 1758) native to Spain with a main aptitude for meat production.

Geographic and Area Distribution –
The Ansotana is a sheep breed is an indigenous Spanish breed raised mainly in the Pyrenees, where it has evolved in forms in harmony with the mountainous and humid environment of the area. This breed is present in particular in the Jacetania region, in the province of Huesca, mainly in the Ansó and Hecho valleys, from which it takes its name, extending east to Canfranc, including other valleys of the Aragonese Pyrenees and confusing with the Roncalesa to the west in the valley Navarrese del Roncal; it is also present up to Sos del Rey Católico, even going down to the north of Ejea de los Caballeros, in the autonomous community of Aragon.

Origins and History –
The Ansotana breed, like others that have adapted to particular environments, is in danger of extinction. It is part of the Entrefino stock, whose ancestral representative would be Ovis aries celtibericus, an ancestor of the domestic sheep exploited by the Celtiberian people since prehistoric times.
This breed remained confined to the Pyrenees, where it evolved according to the mountainous and humid environmental conditions of the area.
It has a high rusticity and a great ability to adapt to the difficult environment in which it lives and in ancient times it was a sheep with a triple purpose: dairy production, meat and even wool; in ancient times, it was one of the few dairy breeds in Aragon and the milk obtained was used to produce high quality artisan cheeses such as Ansó cheese.
The breed falls under the Acoan quality mark, owner of the collective brand Cordero Lechal Ansotano, which holds the exclusive right and authorizes its use to producers. The Association guarantees, through a certification and control service, that the garments protected by the quality mark belong to the Ansotana breed and are treated correctly.
This breed has a positive impact on the environment, acting on the general ecosystem, fighting fires, through a rational use of pastures in wooded areas, intervening on the natural balance, maintaining roads and paths, favoring the development of some components of the flora and fauna of the environment and in general the maintenance of this beautiful landscape, declared a Natural Park of the Western Valleys.
It also performs a great social function, since it has contributed to the fixation of the rural population through the maintenance of centuries-old livestock activities where, until today, transhumant practices find perfect places through the real waterways and paths that cross the most of the national territory.

Morphology –
The Ansotana is a sheep breed with a frontonasal profile from straight to sub-convex in females, up to convex in males.
Males have an average height of 74 cm, for a weight of 70 kg; females have an average height of 65 cm per 50 kg of weight.
It has a white, open coat that covers the trunk, the belly and the hind limbs up to the hock, frequently presenting the so-called “trousers” on the hind limbs and leaving the head, part of the neck and the armpits free.
Within the breed there may be females with black coats which, however, are allowed.

Productive attitude –
The Ansotana is a breed with high rusticity and great ability to adapt to the difficult environment where it lives. In the past, as mentioned, it had a triple aptitude, milk, meat and even wool, while today it is mainly raised for the production of lambs.
Ansotana sheep have good aptitudes for milk production, a characteristic that favors the vitality and growth of the lambs in their first phase, making it possible to sell “Cordero Lechal Ansotana” suckling lambs at 45 days with 11-13 kg live weight. . A type of lamb reared in a stable is also produced, fed with mother’s milk and concentrated feed, slaughtered at 80-90 days, with a live weight of 20-25 kg.
As regards the farming system, currently two systems are applied, the transhumant and the sedentary one.
The first, in sharp decline despite the fact that until the Eighties all the cattle were transhumant, exploiting the abundant summer pastures in the high mountains and then moving to the river bank, as an example of sustainable farming. The second is that which sees the specimens remain in the Valley, exploiting the low mountain pastures in autumn until the snow arrives, to station the herds in the sheepfolds.
The Ansotana breed, rustic, resistant and versatile, has been at the basis of the life of these valleys for centuries, being an important factor in the family and general economy of this region as a support to local nutrition, as well as the maintenance of the ecosystem with a system of sustainable grazing.
The Ansotana, in fact, has a great rusticity and ease of adaptation to the mountain area, exploiting abundant and rich pastures, in very rigid climatic and orographic conditions.