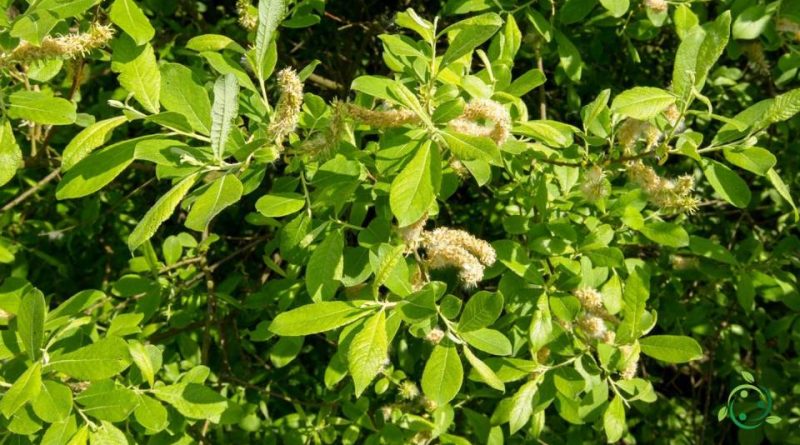 How the gray willow is grown

The gray willow or gray willow (Salix cinerea L.) is a plant widespread in humid areas and along rivers, where it forms intricate thickets, from the plains up to 1000 meters above sea level; Salix cinerea is native to Europe and western Asia.
Within this species there are also two subspecies:
– S. c. cinerea – Central and Eastern Europe, Western Asia; shrub up to 4-6 m tall (rarely 10 m) with smooth bark, densely hairy leaves on the underside with gray-yellow hairs, broad stipules, persistent until autumn;
– S. c. oleifolia (Sm.) Macreight (syn. S. atrocinerea Brot.) – Western Europe, Northwest Africa; shrub or tree up to 10-15 m tall with wrinkled bark, leaves scarcely hairy on the underside with brown-red hairs, large stipules, early deciduous.
The reproductive structures of this plant are represented by male catkins up to 4 cm long, female catkins up to 5 cm and up to nine when ripe. The plant blooms in March-April before the leaves are released.

Cultivation –
For the cultivation of the gray willow it should be taken into account that it is a plant that normally grows in humid areas. The two subspecies have slightly different needs with cinerea generally confined in basic peat bogs such as sedges, while oleifolia is less discriminating and also grows in alkaline peat bogs such as spagneti and on the sides of watercourses.
In general, anyway. the gray willow is a tree that can be propagated by seed immediately after harvesting in spring, or by cuttings taken from the wood of the year from November to February.
From a pedological point of view, it prefers moist and loose soils and close to water courses.
The cuttings can be kept outside in a sheltered place or planted directly, in this case in autumn and mulching the surrounding soil. From June to August, however, semi-woody cuttings can be taken to root in containers.

Uses –
It is a shrub-like plant typical of the banks of waterways.
It should also be remembered that Salix cinerea is an invasive species in New Zealand and south-eastern Australia.
The species was introduced to stop erosion along river banks, but has since caused worse erosion over time by widening and lowering overgrown waterways.