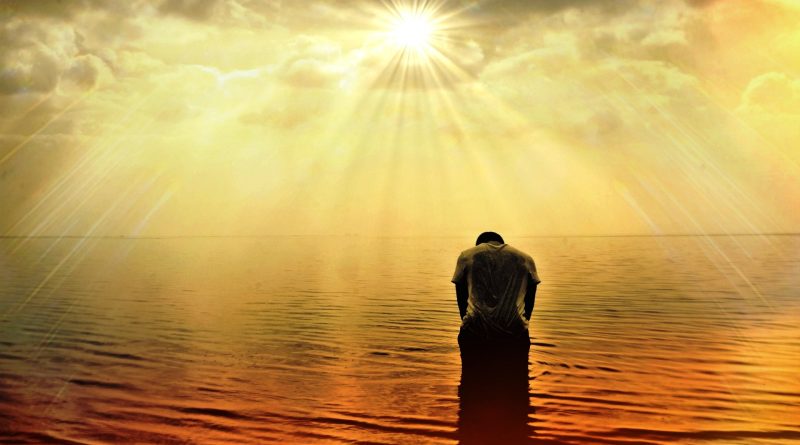 The ever more frequent flood events must call us to a profound reflection which, beyond the drama of the same, allows us to understand which measures to adopt (if any) to reduce their causes and therefore effects.
As usual, taken by the dismay and anger of the moment, we risk making very superficial analyzes or pointing to the usual suspects (politicians, administrators, mayors, etc.) responsibilities which, instead, are much more complex and which therefore do not have. a unique provenance.
Let’s start with the data that can best make us understand the extent of the problem.
In Italy in the last 20 years floods and landslides have killed hundreds of people. There are 7,275 municipalities with places at risk, that is 91.1% of the total; of these 3,341 are at medium, high or very high risk. This data tells us that 30% of the territory is at risk, where 7.5 million Italians live and where 680,000 companies with over 2.5 million workers operate.
These events are increasing when compared to the already dramatic ones that refer to the period 1950 – 2000 and even more to the last 100 years.
Millions of square kilometers destroyed, miles between dead, missing and wounded.
But what is happening and what are the causes? And, above all, is there a remedy for all this?
Let’s go in order, that is, to the causes.
As I said in the introduction, the cause is not unique but has a common matrix: humanity is paying today, and unfortunately in the near future, a progressively higher price, due to an economic planning that we must define as “asynchronous” with the models of nature.
Many point to incorrect urban planning and land use as the causes of such a disaster. This is partly true, and it is difficult (if not impossible) to assess its impact. However, we know that in the last three years we have consumed the equivalent of over 6,500 football fields every year: we are the first in Europe with 7.65% of urbanized territory against an average of 4.3.
This data is certainly the starting point to understand that “the human ecosystem”, especially in the last century, has abandoned synchrony with Nature by building its own ecosystem that cannot dialogue with it and is “punished” by it.
Italy, among other things, together with some countries in the world, is one of those at greatest risk. Suffice it to say that of the 301,000 square km of the peninsula, just under 70,000 are in the plains, the rest are hills and mountains. Furthermore, our subsoil is largely made up of clay and sand, therefore more subject to erosion.
Over 7,000 watercourses flow in this complex area: more than in any European country, in proportion to the surface.
Yet, ignoring this risk, we built where it was not supposed to and today cement covers 16.7% of the areas with medium and high hydraulic hazard, and 5.2% of the areas at high and very high risk of landslides. For this reason, in the last century, the 1,319 most serious landslides and the 972 most important floods have killed 10,000 people.
Official Ispra data tell us that today the national landslide area is 59,981 square km: 19.9% ​​of the national territory. The landslide index is highest in Lombardy with 30%, followed by Emilia-Romagna (23.2), Marche (21.2), Valle d’Aosta (16) and Piedmont (15). In the South a critical situation in the mountainous areas between Campania, Molise, Basilicata, Calabria and Sicily.
A danger that puts human lives, businesses, agriculture, monuments, works of art, etc. at risk
In this scenario, the most gruesome data is that the areas at risk are known; according to official data, 10,320 works and 33.3 billion are needed to secure the country, but in the last 20 years only 6 have been spent, with an average construction time of 4.7 years per work.
The responsibilities are manifold but above all a serious priority and planning plan that involves us all, no one excluded; from the political ones, to the bureaucratic ones, to the model and lifestyles that have led us to a dangerous drift.
To give examples, the mayors have often preferred to make a roundabout rather than an embankment: we know that it brings more votes. Add to this a jungle of laws and over 10 thousand offices to divide the competences from north to south between Regions, metropolitan provinces, local authorities, scientific bodies, authorities, public works supervisory boards, civil engineering, reclamation consortia, water companies, dealers, etc .. 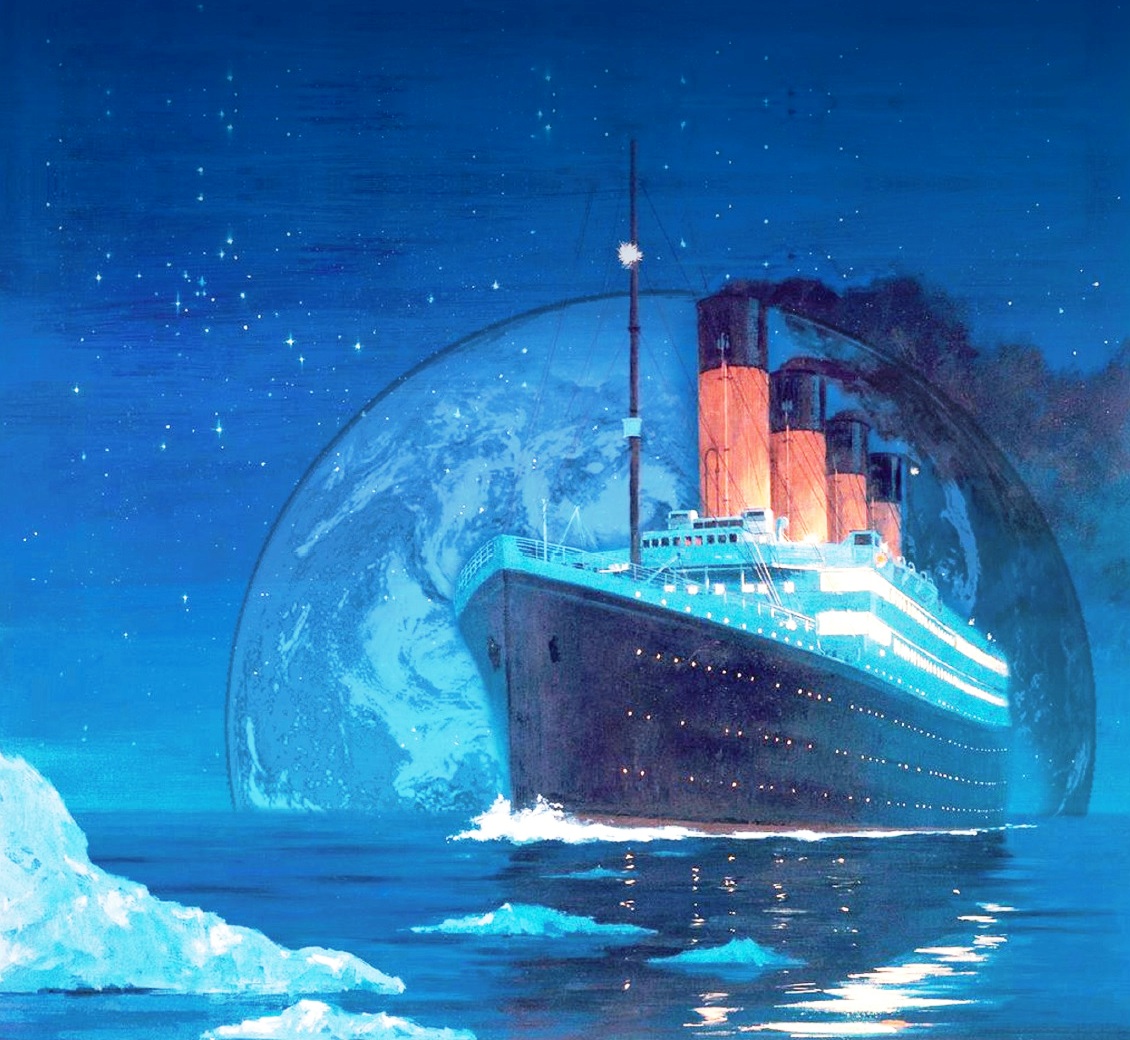 But are the responsibilities only these? Obviously, the policy has its own. Changes at the top, change of competences between Ministries, fragmentation of competences, and so on.
But this is not all and to make it clear let’s get to the heart of the matter immediately.
Admitted and not granted that we are able, in a technically and administratively short time, to make the country more secure, the fact remains that a series of rules must be changed which have nothing to do with security works.
Let’s analyze this statement a little more in detail.
Meanwhile, climate change, with extreme and fatal meteoric events, have a much more complex genesis and which neither the Kyoto Protocol nor the Paris Agreement have been able to remedy. In this sense, the entire setting of the 2030 Agenda and the European Green Deal also seems to be underestimated at the central and peripheral political level.
Climate change is linked to phenomena, certainly complex, but generated (to use an extreme simplification) by a notable interference between the social thermodynamic model and the thermodynamic model of Nature.
Our free-market economic system produces too much entropy (which is released into the environment) and up to now the appeals to make it clear that in this direction we are going straight towards the iceberg that risks canceling this civilization have served no purpose.
In industry, agriculture, services and in multiple activities we act as if the planet had unlimited resources, exploiting mines, resources, energies in the name of an energy-intensive consumer model that is not the solution for the well-being of civilization but its negation. .
Suffice it to say that this model has increasingly led the world population (including Italy) to concentrate in large inhabited centers, to depopulate marginal territories, to change the eco-systemic equilibrium, etc.
And just think that the extinction of mammals, reptiles, amphibians, insects, plants, etc. it is progressing at an impressive pace.
Now, as usual, the cry of the emergency will rise from politics to ordinary citizens, with the search for scapegoats (administrators, mayors, deputies, senators, etc.), with the request for funds (which there are) to spend ; as if all this closed the circle.
Beware, this is a bigger mockery than the deception behind this reductionist vision.
Agree in carrying out the necessary works but if this is not preceded by a true policy of ecological conversion, which must see us all aware, we are not going anywhere because we do nothing but decrease the turns of the ship but keep the same route towards the iceberg.
For years now, we have been talking about the circular economy, agroecology, changing lifestyles, etc. as if these words had a philosophical and not a concrete meaning. Yet even today we continue to address the issue without the systemic view.
The Planet is a complex organism, of which humanity is a part; living outside its rules is not allowed; we continue to think and operate as if this link did not exist.
We cannot interfere with the planet and then patch it up. We cannot continue to operate as we please and then to carry out works to remedy our misdeeds.
It doesn’t work like this: entropy is a ruthless and democratic law. Nature does not know good or bad but balance and imbalance and if we interfere with it sooner or later it will have to restore the imbalance.
How many alarm bells does Nature still have to ring to make us understand?
We are change to the extent that we change our way of seeing life, of rethinking politics, of analyzing ourselves and not the responsibilities of others.
I conclude with a reflection that as far back as 1968, Robert Kennedy pronounced at the University of Kansas: “We will never find an end for the nation or our personal satisfaction in the mere pursuit of economic well-being, in the endless amassing of earthly goods … “A prophetic phrase, which perhaps was the cause of his assassination three months after and before being elected President of the United States.
More than 50 years have passed and yet men like him, Mahatma Gandhi, Martin Luther King and many others, have not recited poetry or done philosophy: they have warned us about a lie and a historical deception from which we find it difficult to get out for see the light.