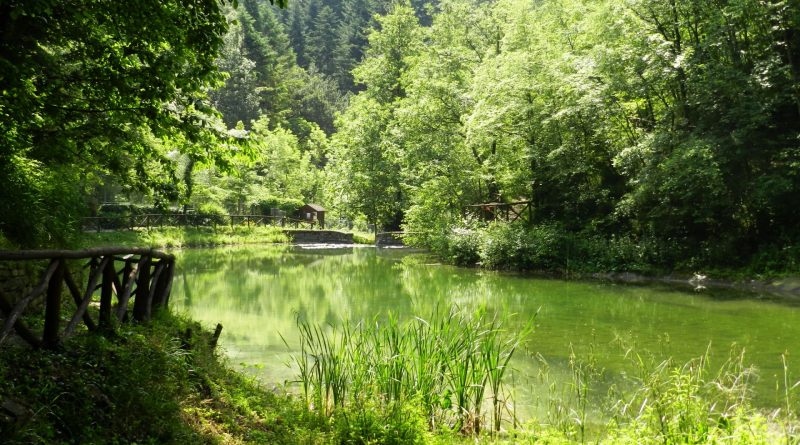 The botanical garden of Valbonella is a natural reserve botanical garden located at an altitude of 700 m in the Casentinesi Forests National Park, about 3 km from Corniolo, a hamlet of Santa Sofia, in the province of Forlì-Cesena.
This botanical garden has an extension of 2 hectares and, inside, there are about 300 native species, with 3 thematic paths through the forest, wetlands, and fields. Inside there are also rare species threatened and protected by the L.R. 2/77. The plants are marked with cards containing scientific name, flowering period, etc. Days and opening hours vary according to the season, to visit it it is advisable to consult the website of the National Park of the Casentinesi Forests, Monte Falterona and Campigna

History –
The botanical garden of Valbonella was opened in 1983 by the Emilia Romagna region and the province, in collaboration with the State Forestry Corps, for mainly educational purposes on the natural environment of the Apennine mountains.
The preparatory work had begun in 1981 and in 1983 the Botanical Garden was inaugurated by the Corniolo Forest Administration Office, thanks to funding from the Province of Forlì and the Regional Forestry Company, on which the Office itself depended. The works were designed, directed and carried out by the technicians of the Forest Administration Office and the State Forestry Corps.
The morphological characteristics have made it possible to condense many of the vegetational and floristic aspects of the Apennine environment into a small area.
Since 1998 the Park Authority has become the concessionaire of the Botanical Garden, guaranteeing its continuous management over time and further articulating the paths present.
In recent times, the interventions carried out in the Valbonella Botanical Garden have mainly concerned the ordinary maintenance of the present infrastructures, as well as periodic interventions on the green in order to guarantee the usability of the garden.
Furthermore, the scientific management of the Garden has recently been reactivated, which includes the census of the species present, the control of the representative plants of each environment, the correct position of the panels and tags, the creation of the index seminum and the conservation of the seeds in banks. of the affiliated germplasm. The garden also offers various services including guided tours, two useful free guides with which to accompany your visit to the Botanical Garden of Valbonella: The interactive guide to the flora of the Garden and A Botanical Treasure Hunt in the Garden and other programmed environmental education activities and upon request, combining it with other proposals and offers from the territory of the National Park. 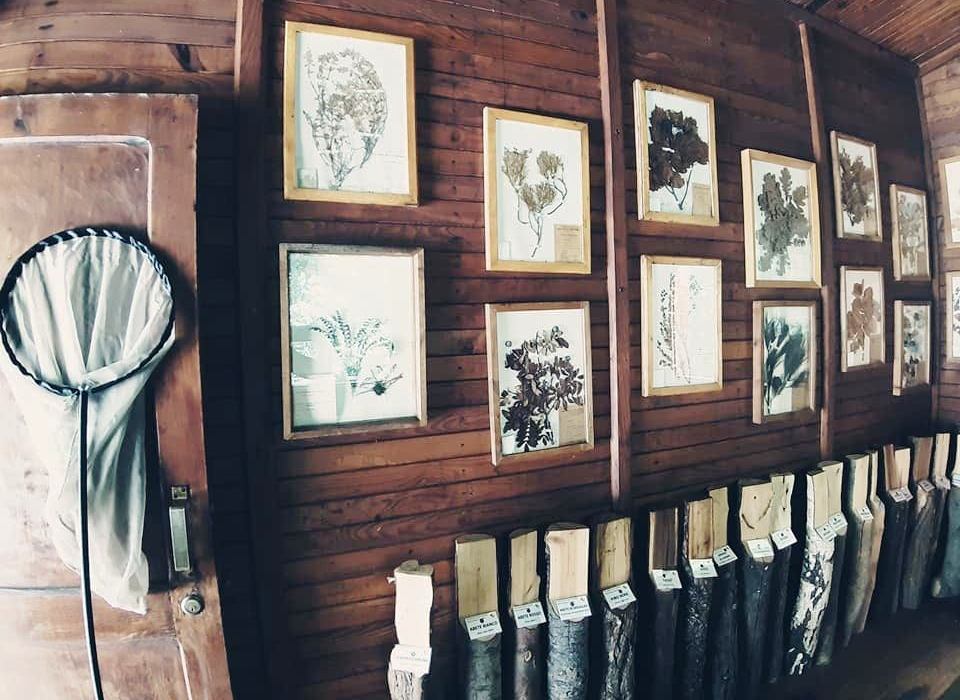 Description –
The botanical garden of Valbonella is located about 3 km from Corniolo (FC) and at an average altitude of 700 m asl. This botanical garden is a real open-air museum, with educational and protectionist intentions, with a completely dedicated to reproducing the plant environments of the Romagna Apennines with a rich collection of species, often rare and protected, of the regional flora.
It is organized with three themed itineraries, in which plants are identified by tags with information relating to the species and the environment in which they live. Alongside this information there are other more specific ones regarding the distribution of the species in the world (chorology) and the position of the plant buds as an adaptation to overcome the adverse season (biological form).
In addition, an area dedicated to medicinal and medicinal plants and a small butterfly garden has been recreated, with the planting of flowering plants for butterflies and, more generally, pollinating insects. Inside the garden there is also a wooden building, with two rooms, one of which is used as an information point and one as a xylotheque with a small herbarium. Outside there are 3 picnic areas, 2 furnaces, public bathrooms and a covered fountain with a canopy.

Structures and Collections –
At the time of its establishment in the Botanical Garden there were 420 species of plants, distributed in 12 different environments, partly already existing and partly recreated specifically with the addition of rocks or suitable soils.
Subsequently, the Park Authority has set up 3 thematic nature trails within it, dividing the existing environments into three groups and further articulating the existing paths.
The trails designed are dedicated to forest environments (the wood), to humid environments (the stream and wetlands) and to open and transitional environments (cliffs, prairies, shrubs). An exhaustive illustrative brochure on the ecological characteristics and dynamics of the various types of vegetation present in the Garden has also been prepared for each path.