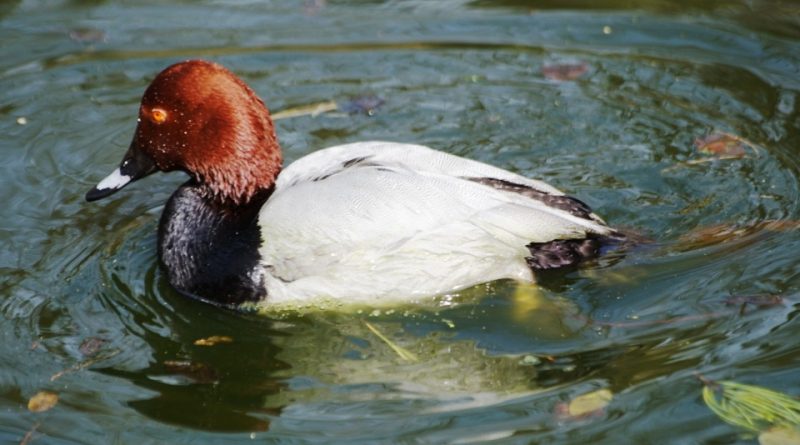 The Common pochard (Aythya ferina, Linnaeus, 1758) is a bird belonging to the Anatidae family.

Geographic Distribution and Habitat –
The Common pochard is an anseriform bird with a wide range that includes Europe, Asia and North Africa; in Europe it is present up to the latitudes of Great Britain while the northernmost populations migrate south to southern Asia and northern Africa.
In Italy there are scarce nesting scattered almost everywhere but always at low altitudes, and where there is water; it is in transit and wintering, at times it nests in Veneto and Emilia Romagna.
It breeds in Central Europe, Central Asia and Turkey and Crete.
Its breeding habitat consists of swamps and lakes with a meter or more of water depth. 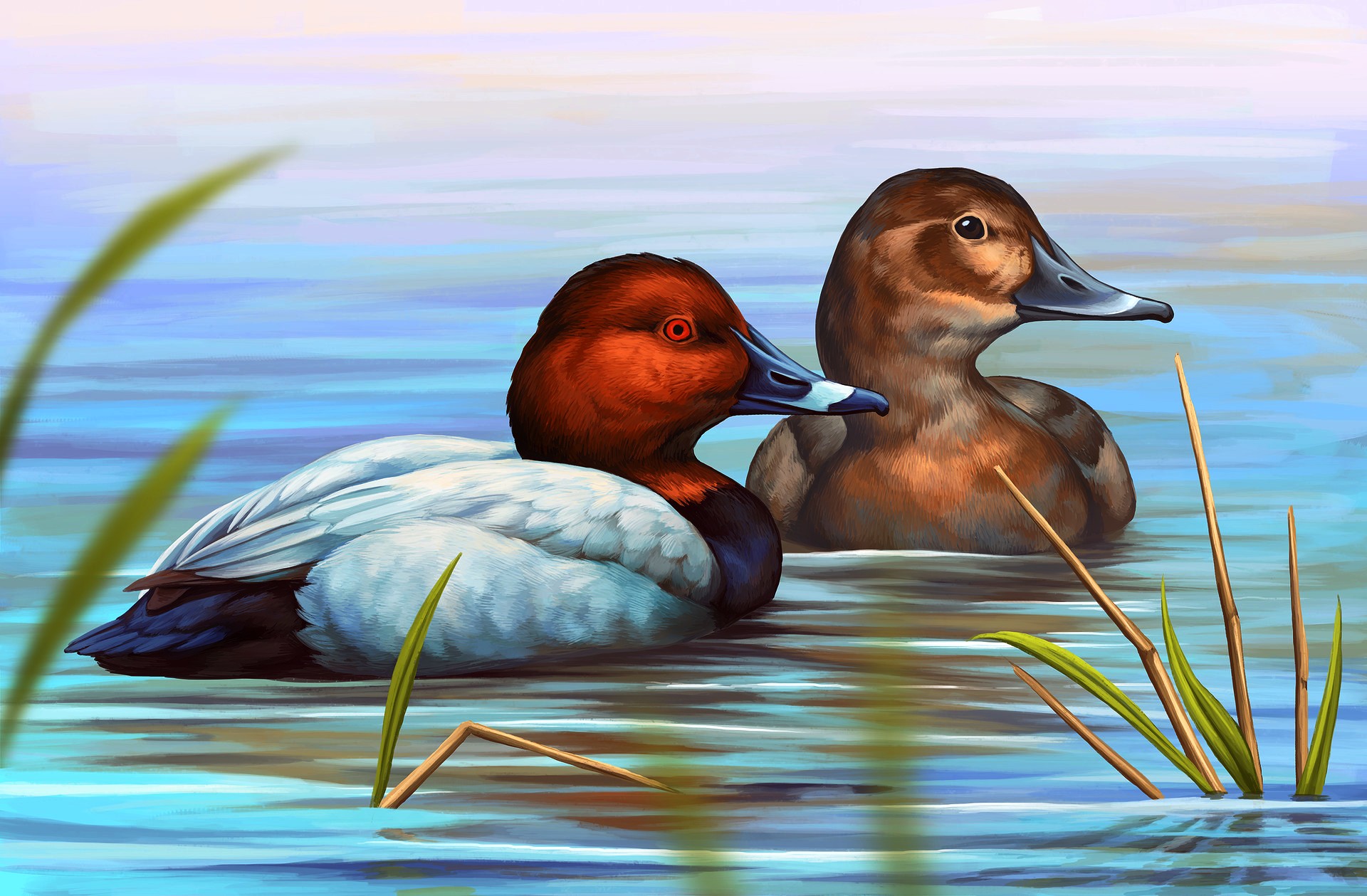 Description –
The Aythya ferina is an anseriform bird of 42–49 cm in length and a weight that varies between 750 and 1200 g and which has evident sexual dimorphism.
It has a long beak like the head and a short and rounded tail, grayish legs.
The male is recognized by the female by the head and neck which are reddish-brown in color; the chest is black, the back and sides light gray. Rump, upper tail and under tail are black, the beak is black with a pale blue stripe. The eclipse dress is similar to the female but more gray on the top and with reddish hues.
The female is of a uniform brown color tending to greyish above with an indistinct pale spot around the beak and chin and a bluish ring on the beak, always gray wing band.
The male in wedding dress has a reddish brown head and neck, gray back and flanks vermiculated with white, black chest and undertail.
The colors of the female are less bright and less contrasting, almost uniform dark brown, the throat, the base of the beak and the band that crosses the eye show lighter shades.
The flight is fast at high altitude but rises with difficulty from the surface. It forms V-shaped flocks and an excellent swimmer.

Biology –
Aythya ferina is a monogamous species with the female laying once a year from 6 to 12 greenish gray eggs that are brooded for 24-26 days; the small nesters become independent after 7-8 weeks and common nests can be had.
The nesting places correspond to areas with the presence of any open water mirror with medium depth.

Ecological Role –
The feral Aythya is a gregarious bird that forms large flocks in winter, often mixed with other diving ducks; like most of the anatids, it is moreover tolerant to the presence of other bird species.
It prefers large open spaces, especially relatively deep freshwater bodies with little vegetation.
It rarely settles on the ground and feeds on vegetable matter and small invertebrates; it is in fact an omnivorous species that feeds mainly on seeds, roots and leaves of aquatic plants, but also on insects and larvae, molluscs, crustaceans and amphibians.
The food taken on the seabed, which it digs, is consumed on the surface.
They often feed at night, and gorge themselves for both food and more characteristic dives.
Unfortunately, in some countries the population of Aythya ferina is decreasing mainly due to the urbanization of natural habitats and their transformation, as well as due to excessive hunting.
It is a species to which the Agreement on the Conservation of Afro-Eurasian Migratory Waterfowl (AEWA) applies.