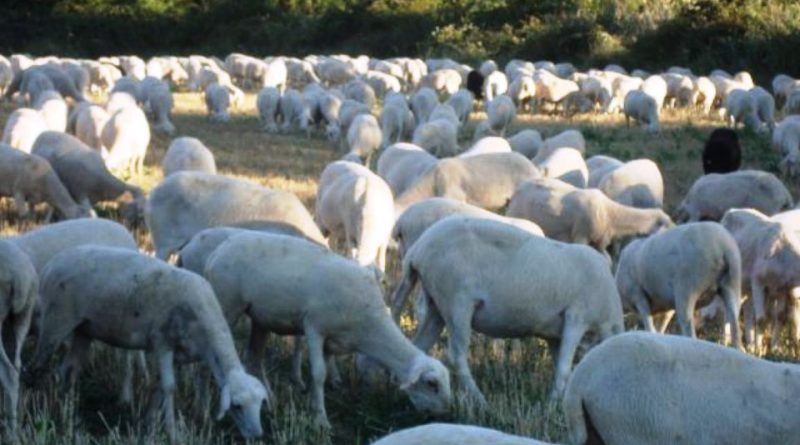 The Alcarreña is a domestic sheep breed (Ovis aries Linnaeus, 1758) native to Spain with a main aptitude for meat production.

Geographic and Area Distribution –
The Alcarreña is an indigenous Spanish breed that owes its name to the comarca of La Alcarria, also classified as a natural region and which is located in the autonomous community of Castile-La Mancha, and in particular occupies the provinces of Guadalajara, Ciudad Real and Cuenca.
The Alcarreña is mainly bred in this region.

Origins and History –
The Alcarreña is a native Spanish breed in danger of extinction and framed in the Entrefine trunk.
On its origin there are several theories but none sufficiently proven, some make it descend from the Manchega and Castellana breeds.
Over the past two decades, the breed has undergone a significant reduction in the number of heads and due to continuous crossbreeding with other breeds, such as the Manchega, to try to improve milk production.

Morphology –
The Alcarreña is a sheep breed with two varieties that are distinguished by the color of the fleece.
One variety is uniform black and white with white markings on the nape and distal part of the tail. However, black animals often occur with large white areas, due to the mixing that occurs between the two varieties in the flocks, with mating without controls.
Both rams and sheep are hornless.
The average weight is 75 kg for the male and 50 kg for the female.

Productive attitude –
The Alcarreña is ina sheep raised on pasture, practically every day of the year. It is a breed grouped, on average, in flocks of 250 to 300 sheep, with a farming system closely linked to the land.
Lambs are raised frequently until they reach a live weight between 12 and 15 kg. Subsequently they are purchased from third parties, destined for large industrial farms where they are processed, leaving the slaughterhouse with live weights close to 25 kg.