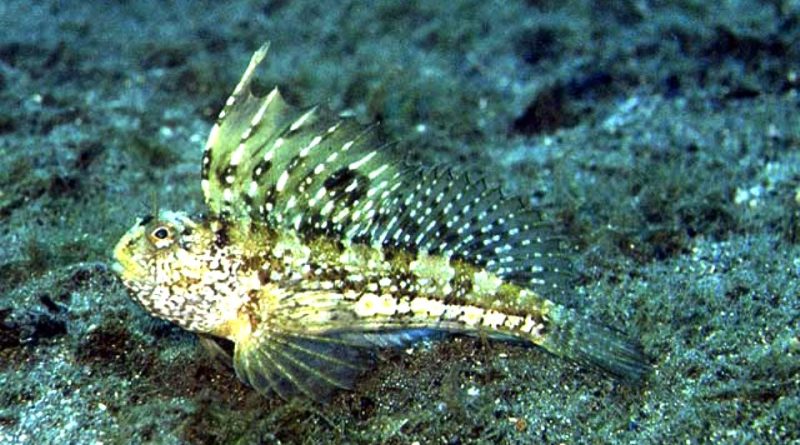 The butterfly blenny (Blennius ocellaris Linneaus, 1758) is a fish of the Blenniidae family.

Geographic Distribution and Habitat –
Blennius ocellaris is a widespread fish in the eastern Atlantic Ocean, from England to Morocco, in the Mediterranean Sea, where it is common, and in the Black Sea, where it is rarer.
Its habitat is that of rocky bottoms covered with algae, often covered by a mantle of sediment and this means that it is less frequently caught in trawls; it usually meets between 30 and 100 meters deep and, exceptionally, between 10 and 450 meters while the juvenile forms are coastal and can be found in shallow waters. 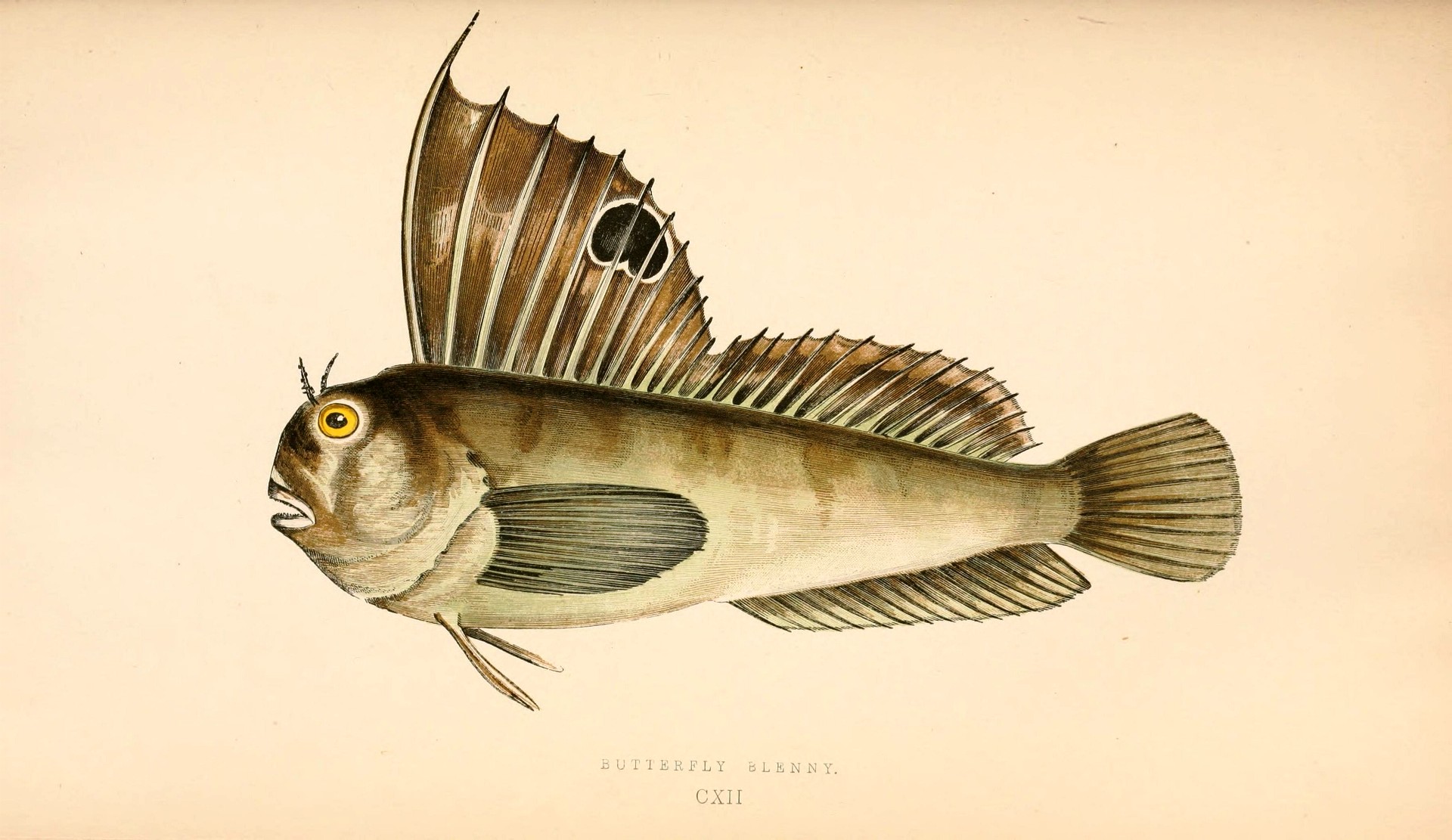 Description –
The butterfly blenny is recognized for having a tall and compressed body, with an almost vertical front profile of the muzzle and is one of the largest Mediterranean blenny with measures ranging from 15 to 18 – 20 cm.
It has a grayish-white body and a rosacea background with vertical brownish bands. The head is darker, especially on the cheeks.
The skin is free of scales, the head is massive. The anterior nasal openings have a small dermal appendage. The eyes are large, set high on the head, oval and slanted; they have a very developed dermal appendage on the superciliary arch, flat and with a fringed free end, longer in males.
The mouth is located in the center of the head and its opening is almost horizontal. There are 36 long, thin teeth with rounded tips on the jaws.
It has a single dorsal fin which is high and spread and is distinguished in a first part with spiny rays, of which the first have a free and elongated upper extremity, which clearly degrades into an indentation, and a second part with soft rays that do not joins to the caudal peduncle.
The anal fin is as long as the soft rayed part of the dorsal and is lower and has more robust rays.
The pectoral fins are fan-shaped and have the tips of the free rays.
The ventral ones are reduced to two or three rays are in a jugular position and serve as a point of support for the animal when it is stationary on the bottom.

Biology –
Blennius ocellaris is a species with purely nocturnal habits and with a reproduction that goes from February to September (up to June in the English Channel). The eggs are laid and fixed inside empty shells.
After the brood it is the male who takes care to carefully monitor the brood.

Ecological Role –
Blennius ocellaris is the only Mediterranean species of Blenniidae not living in strictly coastal environments and is common in non-shallow waters; this species feeds on crustaceans, worms, minnows and organic debris.
Although less than other species are caught by trawl nets of coastal fishing vessels. It has white and compact but not very valuable meats and is sold together with the minutaglia for fish soup.
Its pleasant appearance makes this species particularly popular for marine aquariums.