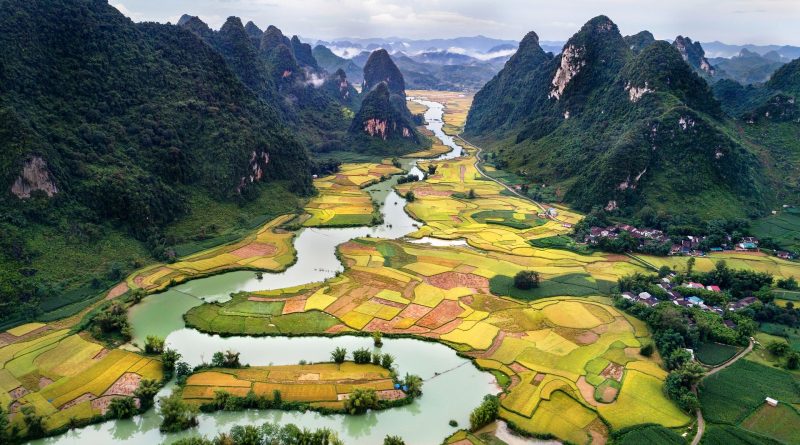 Vietnam, officially the Socialist Republic of Vietnam (Cộng hòa xã hội chủ nghĩa Việt Nam), is a Southeast Asian state. It borders to the north with China, to the west with Laos and Cambodia, while to the east and south it overlooks the South China Sea, which forms the Gulf of Tonkin between the Chinese island of Hainan and northern Vietnam. To the south, for a short distance, Vietnam overlooks the Gulf of Siam.
Vietnam has a total area of ​​331,689 km² and a total population of 98,013,529 inhabitants (as of 10-04-2021).
The capital of Vietnam is Hanoi with 7,587,800 inhabitants (as of 2015).
Politically, Vietnam is a socialist republic.

Geography –
Vietnam borders China to the north and Cambodia and Laos to the west; it faces east and south on the South China Sea. Three regions are recognizable in the territory.
In the northern part of the country there are the plateaus and the delta of the Red River; the south is divided between the depressions near the coast, the mountain group Dãy Trường Sơn, with high plateaus, and the delta of the Mekong river. The Vietnamese territory is characterized for 80% by hills and mountains with thick vegetation, while only the remaining 20% ​​is made up of flat areas. To the north of the country are the Yunnan reliefs, which rise over 3,000 m, the part that reaches the Gulf of Tonkin rarely reaches 1 000 m; these mountain formations also continue in the sea forming about 1200 islets. Towards the west, the reliefs of Yunnan tend to rise, up to the so-called Annam Gate beyond which the Annamite chain and the central part of Vietnam begins.
In the northern part of the Annam region, the cordillera follows the coast line and acts as a watershed between the tributary rivers of the Mekong and the rivers that flow into the South China Sea. In the southern part the line of the cordillera separates creating various mountain ridges, between which river valleys are formed or isolating intermontane basins. In the south of Vietnam, the Annamite range lowers to the Moi highlands and the low, uniform Cochinchina Great Plain.
In Vietnam there are rivers, the main ones of which cross the country; these are the Mekong and the Red River, which flow into the South China Sea and the Gulf of Tonkin respectively. 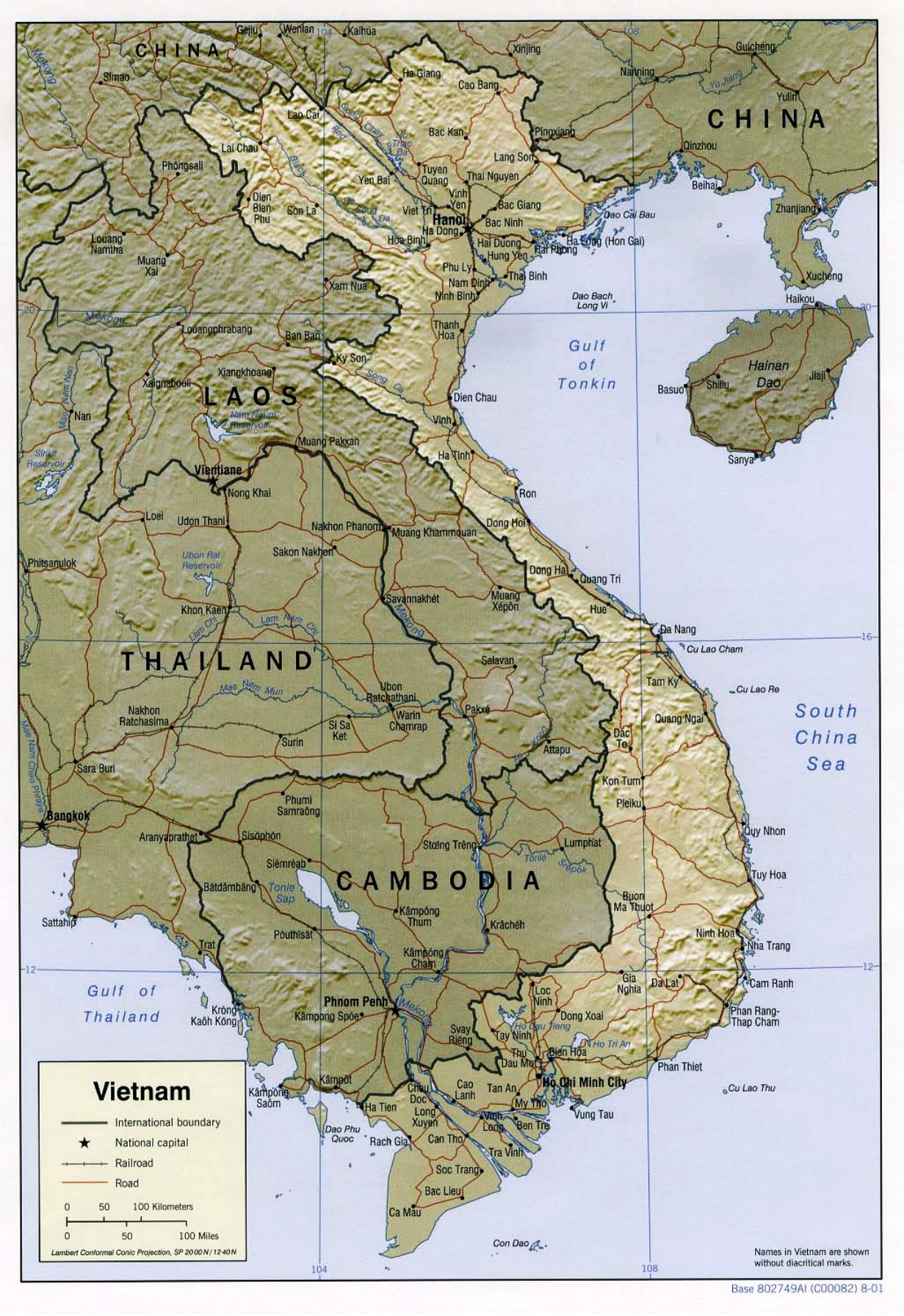 Climate –
Vietnam is characterized by a monsoon climate, characterized by dry winters and rainy summers, with an average humidity of 84% and a temperature that fluctuates during the year between 5 ° C and 37 ° C. During the summer, the southern regions are sometimes hit by typhoons and the temperature range is quite moderate: thanks to the mitigating action of the sea, temperatures do not exceed 30 degrees on average.

Flora –
In Vietnam, the intense anthropization has dramatically reduced the natural vegetation and the animal population, above all due to the intensive cultivation of rice in the plains and on the hill terraces. Vietnam is in fact one of the largest rice producers in the world.
However, some protected areas have been established.
There are numerous national parks, including Con Dao National Park. Phong Nha-Ke Bang National Park has been designated as a World Heritage Site by UNESCO, along with Ha Long Bay, Mỹ Sơn Shrine, Hué Monument Complex, and Hoi An Ancient Town.
There are also six biosphere reserves: Can Gio Mangrove Forest, Cat Tien National Park, Cat Ba National Park, U Minh Thuong National Park, Red River Delta, Western Nghe An.
In the southern part of the country there is an arboreal vegetation with tall evergreen trees and a thick undergrowth. The largest vegetation often occurs in strips along the course of rivers, where the formation of mangroves makes access to the banks problematic. The real jungle is rare and is mostly confined to natural parks.
In the northern regions, especially in the mountains, there is a progressive transition to deciduous and coniferous broadleaf forest.