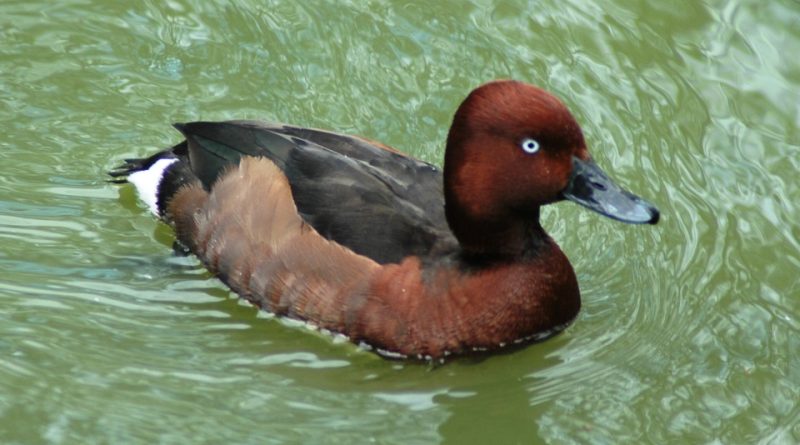 The ferruginous duck or ferruginous pochard (Aythya nyroca, Guldenstadt 1770) is a bird belonging to the Anatidae family.

Geographic Distribution and Habitat –
The ferruginous duck is a migratory bird with a reproduction range that goes from the East from the Iberian Peninsula and from the Maghreb to western Mongolia and from the south to Arabia, even if in the west it is now scarce and localized and locally uprooted in some countries.
These ducks overwinter throughout the Mediterranean basin and the Black Sea, a smaller number migrating to sub-Saharan Africa via the Nile Valley. Eastern birds overwinter in South and Southeast Asia.
In Europe, however, the main area stops in Hungary and Poland. In Italy it is rare as a breeding species (about 70-100 pairs distributed in the main wetlands of the upper and lower Adriatic, Sicily and Sardinia), while it is easier to observe during migration or wintering.
Its nesting habitat is swamps and lakes with water depths of one meter or more. 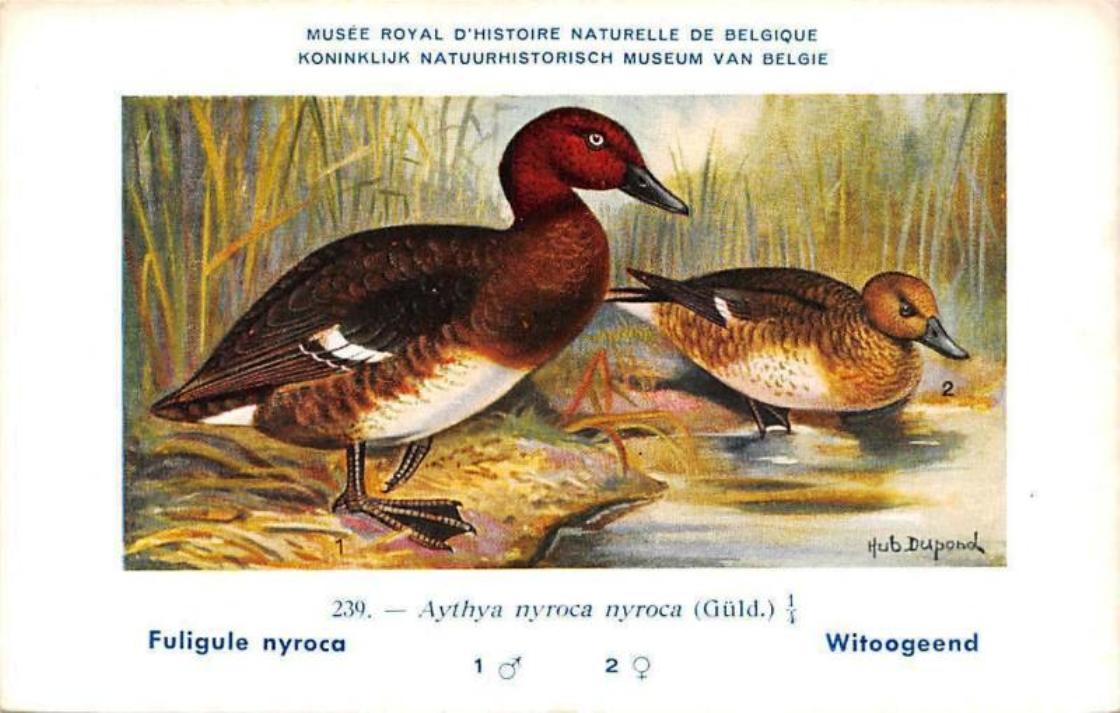 Description –
The Aythya nyroca is an anseriform bird with the presence of sexual dimorphism with a total length ranging between 38 and 43 cm and a wingspan between 62 and 69 cm.
The adult male has a deep brown color with a darker back and white eye. The pure white undertail helps to distinguish this species from the Eurasian duck.
The females are very similar to the adult males in dress with the difference in the color of the head, chest and hips, which also have a hint of broad darker stripes, which are brown, without reddish hues, and the iris is dark.
The males in eclipse dress resemble the females but retain the azure blue iris. Young specimens are almost indistinguishable from females.

Biology –
Aythya nyroca is a duck that nests in late spring and is also a gregarious species throughout the year.
The habitat it frequents is that of not very deep waters and rich in emerged marsh vegetation which often make it difficult to identify these birds.
In fact, it is easier to observe and recognize it when it is in flight.

Ecological Role –
The Aythya nyroca feeds by looking for food underwater and takes flight after a short run on the water. It also often feeds at night and does so by either submerging half underwater (making large splashes) or submerging completely.
The diet is represented by aquatic plants, together with some molluscs, aquatic insects and small fish.
These gregarious birds form large flocks in winter, often mixed with other diving ducks, such as Eurasian tufted ducks and pochards.
Aythya nyroca is one of the species protected by the Agreement on the Conservation of African-Eurasian Migratory Waterbirds (AEWA) and is also listed in Annex I of the Birds Directive (79/409 / EEC).
In Italy one of the most important sites, AEWA area of ​​excellence (even if in Italy not yet identified and codified), for the stationing and nesting of this Anatid, was in the past years the Pantano Leone di Campobello di Mazara (TP ) in Sicily. Unfortunately, the summer drying up of the pond, Special Protection Area ITA010031 (due to the lack of real protection action of the Region and the Municipality), starting from 2010, has compromised the nesting and over the years has also recorded the decline of the subjects present in the other “Wetlands of the Mazarese” (IBA 162).
Wetlands that in 2013, together with Lake Trasimeno and the mouth of the Simeto, were classified of international importance for the wintering of Aythya nyroca. Other sites of national importance are the ponds Cuba, Longarini, Bruno, Baronello, Ciaramiraro and Morghella, all in the provinces of Syracuse and Ragusa. Fortunately, the first two quagmires have been protected since 2013, having been purchased and protected by the German non-profit foundation Stiftung Pro Artenvielfalt (Pro Biodiversity Foundation). Unfortunately, the other wetlands mentioned in south-eastern Sicily remain open to hunting, which is highly limiting and impacting for this endangered species.