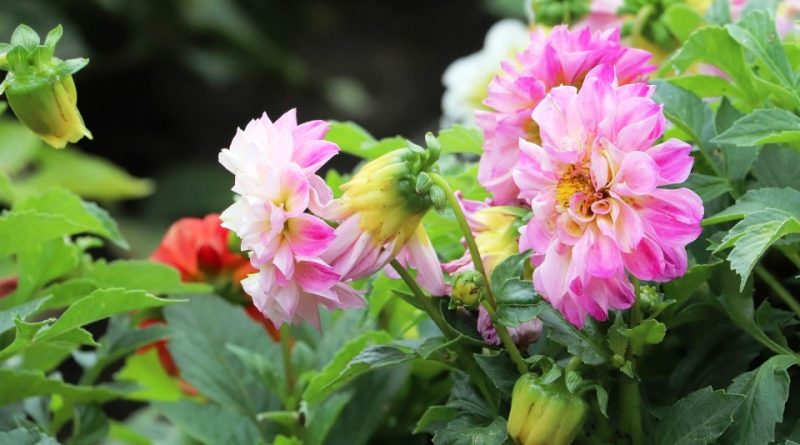 The common peony (Paeonia officinalis L., 1753) is a herbaceous species belonging to the Paeoniaceae family.

Etymology –
The term Paeonia comes from the Greek name παιωνία paionía given to him by Theophrastus in honor of Peone (Παίων Paíon), the mythical doctor of the Greek gods who was turned into flower by Pluto. Pliny the Elder also provides the same etymology
The specific epithet officinalis comes from a medieval laboratory workshop, a term used for plants that can be used in pharmaceuticals, herbal medicine, liquor, perfumery and the like.

Geographic Distribution and Habitat –
The common peony is a plant native to southern Europe and present in an area ranging from France to Albania.
In Italy its range extends from the Alps and the Apennines to central Italy. There is no presence of this plant in southern Italy and on the islands, except on the Gargano, Foresta Umbra, Bosco Quarto.
Its habitat is that of sparse woods and shrubs or stony and rocky soils, preferably calcareous, at altitudes ranging from 100 to 1800 m. 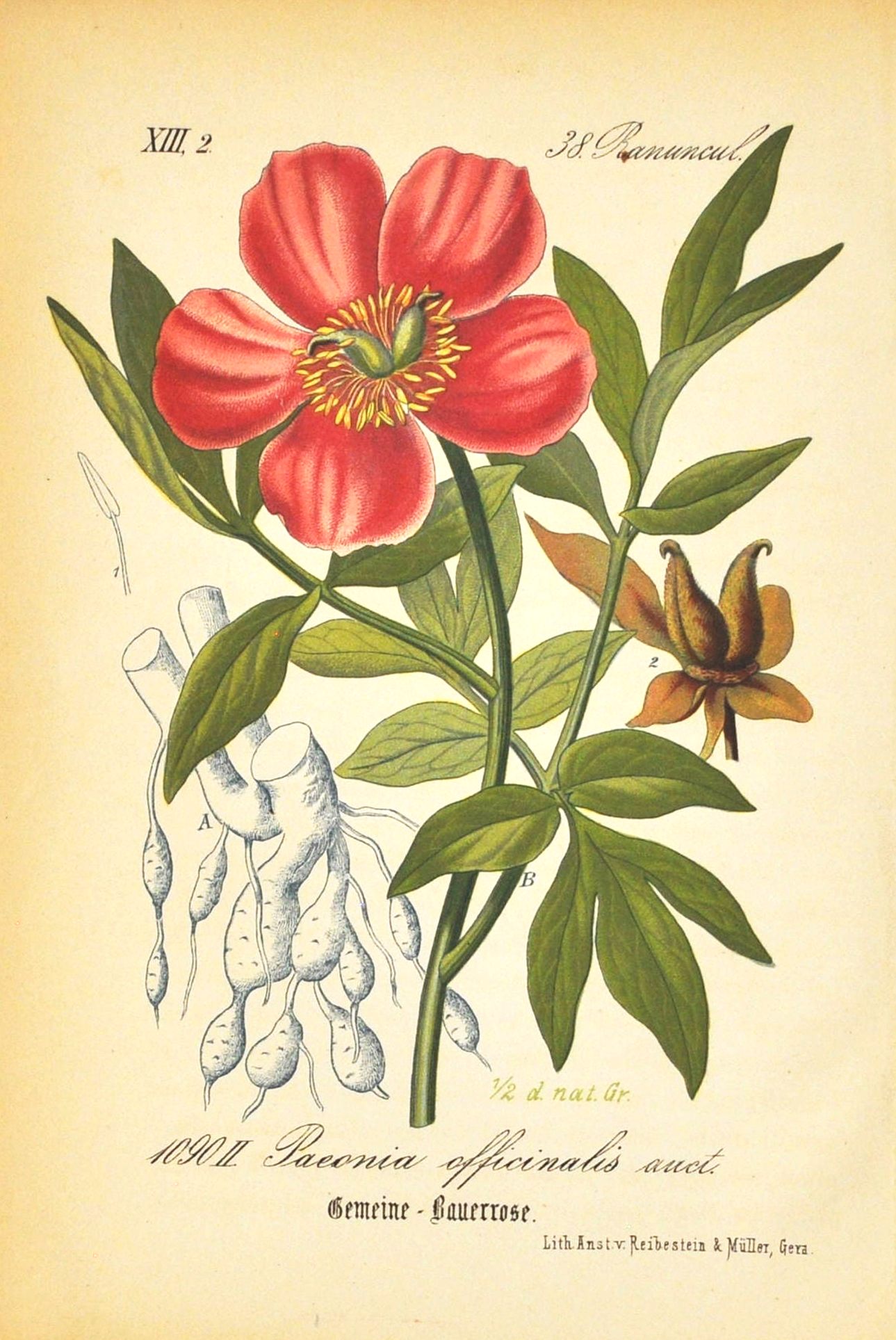 Description –
Paeonia officinalis is a herbaceous perennial plant, up to 60 cm tall.
It has a robust and deep fusiform rhizome.
The stems are smooth and erect with a single large flower at the top, red-crimson in the spontaneous variety, with a pleasant smell.
The antesis appeared between May and June.
The fruit is multiple (aggregate) and is a follicet (polyfollicle) of 2-4 apocarps (follicles) of 2-4 x 0,8-2 cm, patent, with sharply contracted apex, glabrous or with some thin and long hairs, dehiscent along a suture.
The seeds are ovoid, more or less dark red or blackish.

Cultivation –
Paeonia officinalis is a plant that requires a fertile and deep soil, preferably neutral or slightly alkaline and requires exposure in full sun or light shade.
Plants grown on sandy soils tend to produce more leaves and fewer flowers, while in more clayey soils they take longer to develop but produce better blooms.
This plant is resistant up to about -25 ° C.
It has a certain variability with some subspecies and, moreover, many varieties have been selected for their ornamental value.
It is a long-lived plant, which lives in gardens for 50 years or more; moreover it is a plant that inhibits the growth of neighboring plants, in particular of legumes and can spread quite freely by means of its root system. Instead, it is affected by the transplant technique.
Peony species are generally self-fertile, although they also hybridize with other species if they bloom nearby and at the same time.
Plants take 4-5 years to flower from seed and generally reproduce from seed.
In seed propagation it is recommended to sow as soon as it is ripe in an unheated seedbed.
If the seed is sown fresh it produces a root about 6 weeks after sowing with shoots already formed in spring.
The stored seeds are much slower, they should be sown as soon as possible in a cold environment, but it may take 18 months or more to germinate.
Because the roots are very sensitive to disturbances, many growers keep the seedlings in their pots for 2 seasons before placing them in pots. This allows the development of a better root system and more resistant to transplantation.
Propagation can also take place by division with great care in spring or autumn. Each portion must have a leaf bud. If the raised root remains in the shade for several hours it becomes less brittle and easier to divide.
Divisions that have more buds usually bloom in the second year, but those that only have one or two buds will take a number of years before they are grown enough to bloom.

Customs and Traditions –
Paeonia officinalis is a plant that, in addition to ornamental purposes, has long been used for both food and medicinal use.
For edible use, cooked flowers can be consumed as a vegetable or to perfume tea.
The lightly roasted seeds are ground into a powder and used as a spice in beer or food.
For medicinal use, the root is used which was already used in medicine as early as 2000 years ago and as a treatment for epilepsy and to promote menstruation. This species was very popular until the 16th century, but gradually it was less and less used and today it is little used in contemporary European herbal medicine, although it is sometimes used as an antispasmodic and a sedative.
The root is in fact antispasmodic, diuretic, sedative and tonic.
It has been used successfully in the treatment of convulsions and spasmodic nerve affections such as epilepsy.
It has also been used in the treatment of whooping cough while suppositories are sometimes made from the root to relieve anal and intestinal spasms.
This remedy should be used with caution and not at all by pregnant women.
From the dried and crushed petals of various species, a tea is obtained that has been used as a cough remedy and as a treatment for hemorrhoids and varicose veins.
Remember, however, that the whole plant is poisonous if taken in large doses.
Peonia officinalis is also a homeopathic remedy for epilepsy.
There are also no known uses other than ornamental ones.

Preparation Method –
Paeonia officinalis is a plant that was once used for food and medicinal purposes, while in recent times its main use is as an ornamental plant.
The root is used which is harvested in autumn from plants of at least two years and is dried for later use.

One thought on “Paeonia officinalis”