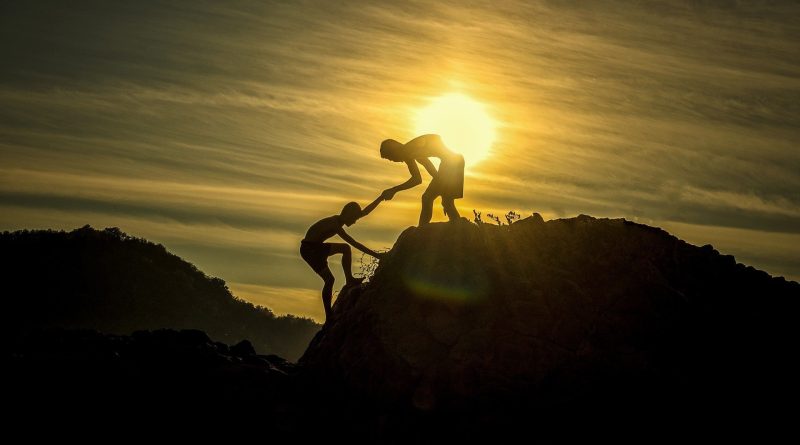 Soil and Humanity or mens sana in corpore sano

The vision we have of things often depends on our point of view, on our angle and perspective with respect to the Reality that surrounds us. A partial view or a narrow angle always leads to a distortion of the understanding of Reality.
In the same way, the relationship between humanity and the ecosystem has been affected for a long time by this distortion, leading, especially in the last two centuries, humanity to alienate itself from the “Nature System” and to experience it as a separate magnitude and without reciprocal ties.
Another effect of the distortion is what we could define “Lens Effect”; not living within the nature system, we tend to perceive it from such a height that it makes us see it as made up of individual things and not of things that make up a single organism.
Thus nature has become a place of conquest, colonization, exploitation, use for its own ends.
A pathological relationship that generates pathologies, both in the ecological field and in the social field.
It can be said that the good health of a society is born within a perfect coexistence, indeed connaturation, with the principles of the nature system.
The devastating effects of this human vision, which has become an ideology and economic system, have led us and are leading us more and more (if we do not put remedies and corrective measures) both to the gradual impoverishment of all the elements of the natural system and to impoverishment and consequent degradation of the social system.
It is a linear function. Humanity and Nature are inseparable.
Leaving aside in this contribution the analysis of the integral elements of the nature system, all in symbiosis and osmosis, even the soil, which we want to observe and analyze here, is a living and interactive component, which obviously suffers from this pathology.
The saying “mens sana in corpore sano”, which is a Latin phrase taken from a paragraph of Juvenal’s Satires, perfectly represents the question.
No mind (Humanity) can live healthy in a sick body, made up of feet (the soil), of the body (the ecosystem above) and of the head (the air and heat that support us).
In this body the ground (the feet) is what allows us to be firmly in the natural system.
Sick, aching feet, with sores and wounds represent a serious limitation on the path of humanity. A humanity deceived by a liberalism that has deluded it into making it run, forcing it instead to limp to move with difficulty, making the way difficult (History) and handing it poorer to future generations.

Unfortunately, with the advent of free trade speculations and with the materialistic application of these, the agricultural sector has also received a negative impulse by asking the question on two fundamental aspects and leaving out the integral of which the Nature System is made: we have concentrated on the increase of productive yields and free exchange of goods, with the justification that it was necessary to ensure food for all, but forgetting that in order to have a healthy food, coated with justice, it was necessary to produce it respecting the body of Nature (of which we are a part ).
By not respecting it, we have violated the principle of “mens sana in corpore sano”.
The phenomenon linked to soil degradation, its loss of biological and biochemical fertility, erosive phenomena and everything that goes around, cannot be solved by looking at the soil as an element in itself.
Beyond the numbers reported by ISPRA and other official sources on soil loss (fertility and mass) if we continue to address the issue only in purely materialistic terms (yields, hectares, quantities, indices, etc.), without observing it from a different angle, we make the usual mistake of perspective: the observer (humanity) and the observed (nature).
There is no way out of this way of dealing with the question and, as I wrote, in another contribution it is necessary to reposition the point of view not as external observers but as observers from within. In the same way as the concept of Landscape is evolving from the more purely aesthetic opinion to the more exquisitely one of system quality and relationship with human beings.
Here, of course, we must bring up aspects linked to the liberal vision, made up of expansionism, conquest, colonialism; unfortunately made up of abuses, sufferings, deprivation of rights and dignity. A vision that saw the world as a place to be exploited and not to be loved and cared for. A vision that is the contradiction of the ancient Greek term òikos, which means family or home; a contradiction that has placed us as predators and not as cohabitants.
A vision that denies the òikos of ecology ends up compromising the òikos of the only house that can accommodate us.
In this sense we can write a new story (and I am sure of it) only by resetting and updating the “software” that we have downloaded and implemented in recent times.
The new software, even before analyzing the issue from a purely technical point of view, must face it from a holistic point of view which is the only one that contains a 360 ° perspective, in which man and the world are seen as a whole. and not separated.
This is the foundation that must lead to speak of Ecological Conversion instead of Ecological Transition.
In this sense, the rising, in a new dawn, of the sun of agroecology represents this new approach, in which the question passes to a higher level and the center is not only how much to produce but how to do it guaranteeing the rights of all: starting from the feet of the soil to get to a head that breathes well.
Agroecology is a holistic model, and as such, it must be addressed. Agenda 2030 docet.