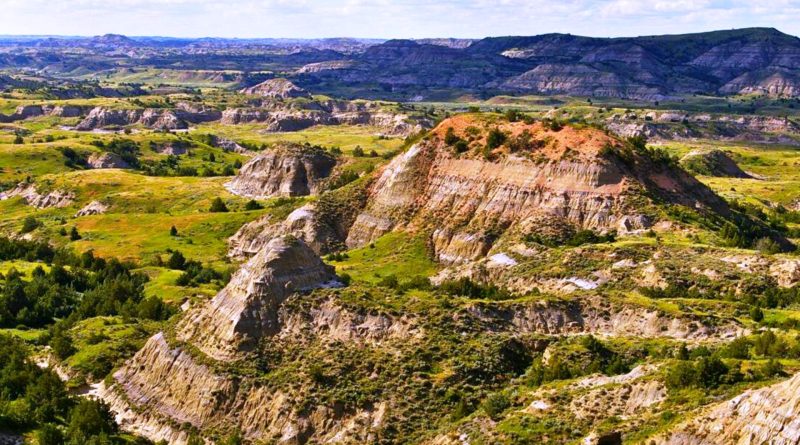 Geography –
This park covers the middle valley of the Kobuk River and the adjacent mountain areas: to the north the Baird Mountains (a southwestern subsection of the Brooks Range), and to the south the Waring Mountains, a low range that separates the Kobuk valley from that of the Selawik.
Also within the park there are important natural and archaeological resources: the sand dunes along the southern bank of the Kobuk River (Great Kobuk Sand Dunes, Little Kobuk Sand Dunes and Hunt River Dunes), the Salmon river defined as National Wild and Scenic Rivers, the site of Onion Portage on the east side of the park at the confluence with the Ambler River. The park is home to numerous animal species including caribou, moose, black and grizzly bears, wolves and waterfowl. In particular, the Kobuk valley is an important crossing point for the caribou who cross it twice a year in their seasonal migrations in spring and autumn.
As for its elevation, the highest peak is Mount Angayukaqsraq (1,433 m. S.l.m.), in the northern part of the park, in the Baird Mountains.
The park has neither built-up areas nor roads. The closest population centers are Kotzebue, Noorvik and Kiana to the west and Ambler, Kobuk and Shungnak to the east. These centers are all equipped with airstrips and can be reached by air taxi services from the major centers. From these the park can be reached on foot, by boat along the Kobuk, and in winter by dog ​​sleds or snowmobiles. The park visitor center is rehearsed at the Northwest Arctic Heritage Center in Kotzebue which opened on June 1, 2010.

Climate –
According to the Köppen climate classification system, Kobuk Valley National Park has a subarctic climate (Dfc) with cool summers and rainfall all year round. DFC climates are defined by their coldest month with an average below 0 ° C, 1-3 months with an average above 10 ° C, all months with average temperatures below 22 ° C and no significant difference in precipitation between seasons. According to the United States Department of Agriculture, the plant hardiness zone at Kallarichuck at 4m high is 2a with an average annual extreme minimum temperature of -43.9 ° C. 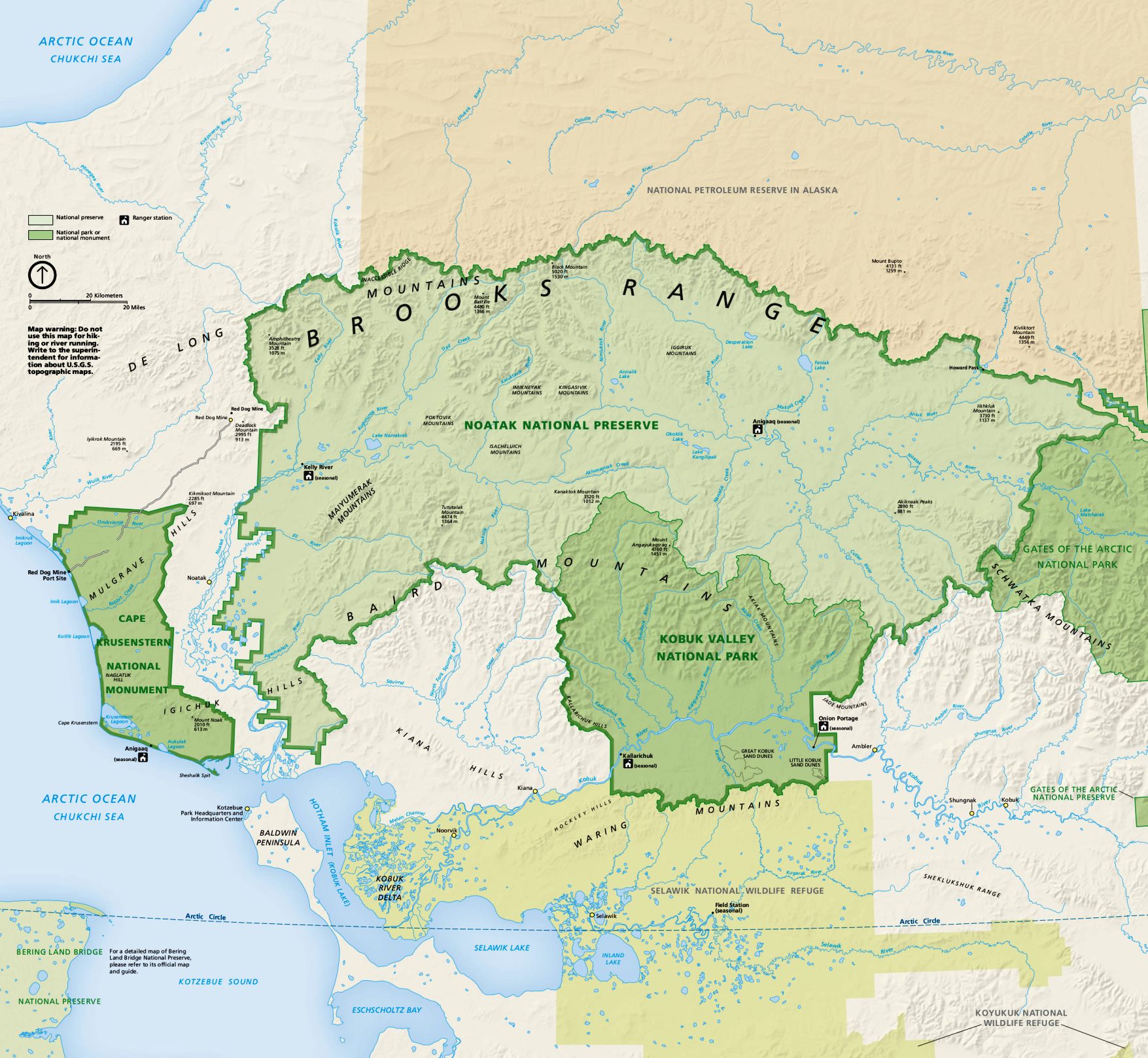 Flora –
The Kobuk Valley National Park, as mentioned, is located entirely north of the Arctic Circle, the ground is permanently frozen under much of the park. This impermeable layer of “permafrost” prevents drainage and causes many surfaces to remain wet during the summer. The trees approach the northern limit in the Kobuk Valley, where the boreal forest and tundra meet. All plants growing in the Arctic must be specially adapted to survive fierce winds, bitter cold, thin soils and a short growing season. The northern tree line zigzags through the valleys of the Brooks Range and along the Kobuk River. Spruce, willow and birch trees are found along rivers and streams, on many south-facing hills and where drainage is good and permafrost is lacking.
The park was established to maintain the environmental integrity of the valley’s natural features in an undeveloped state and, in partnership with local natives, to protect and interpret archaeological sites associated with native cultures. As such, natural and archaeological objects are protected.

Fauna –
Summer along the Kobuk River is the period in which there is the maximum expression of the presence of local fauna. From May to September, the snow and ice recede, the sun shines almost continuously and the valley comes alive. Millions of insects thrive in ponds formed by melting snow trapped by permafrost, and grasses, willows, sedges and lichens thrive under the warm Arctic sun. Iconic animals of the Arctic such as grizzly bears, wolves, wolverines, foxes, porcupines, moose and others can be seen darting across the tundra and traversing the woods in search of food.
Caribou swim across the river with green and yellow trees in the background. Twice a year, 250,000 caribou traverse the Kobuk Valley National Park during their annual migration.
The Kobuk Valley is home to one of the last great migrations left on the planet. Each spring and fall, the Western Arctic herd of caribou – a quarter of a million animals – passes through the valley on the nearly 1,000km trek between their summer and winter terrains. In our rapidly urbanizing world, many of the great migrations have disappeared and the Kobuk Valley National Park protects this millennial journey that is vital to both the caribou and the people who live in their path.
The Kobuk River and its tributaries are home to an abundance of fish. Sheefish, rare elsewhere, are abundant along the Kobuk River and can grow to around 27 pounds. Each summer, the salmon return from the ocean to their breeding grounds within the valley. They return vital nutrients to the river and bring food to the people living along its banks.
Millions of birds flock to the sheltered lakes and rivers of Kobuk Valley National Park each spring to breed, some of them traveling unimaginable distances. The Arctic tern flies off the coast of Antarctica, the longest migration of any bird in the world. Ducks, cranes, grebes, geese and swans make the valley their home for a few months of the year.
Summer is a time of plenty in the Kobuk Valley, but any animal that lives in the Arctic has to contend with winter. Temperatures plummet, rivers freeze and the sun disappears. Heavy snow and ice cover the landscape, hiding willows and lichens from view. Food is starting to run out. As the nights lengthen and temperatures drop, many animals leave, migrating south for the winter. Most of the animals that hibernate, spending the long winter sleeping underground, but some, such as the arctic wolf and the ptarmigan, are active throughout the winter. They content themselves with what’s left of food in the snowy tundra, crawling until the sun returns and the bounty of summer.