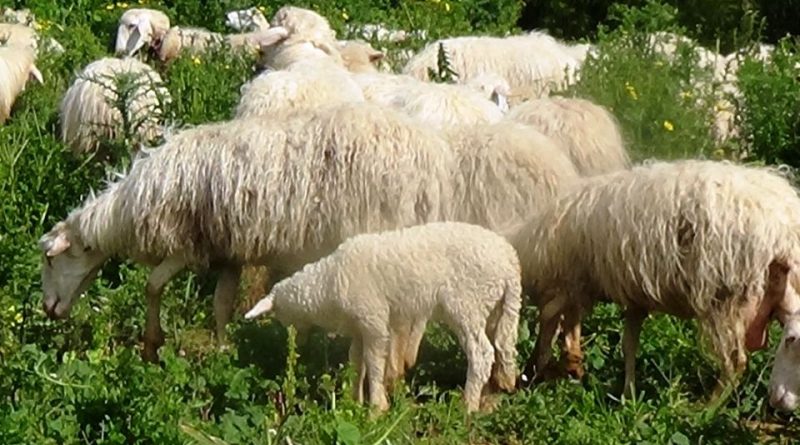 Geographic and Area Distribution –
The Valle del Belice sheep breed is a native breed of the Valle del Belice, the valley of the Belice river which is located in south-western Sicily and from which it takes its name.
This breed is mainly bred in its area of ​​origin, that is, in the provinces of Agrigento, Palermo and Trapani, but is also bred elsewhere in Sicily and southern Italy.
Furthermore, in recent years it has also spread to the provinces of Palermo, Enna, Catania and Messina. Several breeders have also been marketed in Calabria, Basilicata and Puglia.

Origins and History –
The Valle del Belice sheep breed is a relatively recent breed, with a prevalent aptitude for milk production, which originates from an ancient three-way crossing, through repeated crossings between Pinzirita, Comisana and Sarda sheep and subsequent selective crossbreeding and reproduction in consanguinity.
The sheep of the Belice Valley, which is widespread, as mentioned, especially in the provinces of Agrigento, Palermo and Trapani, is among the major Italian milk producers: it is estimated that it gives 287 liters of milk a year, a milk with a great dairy aptitude, rich in fat (from 6 to 7.23%) and protein (5.11%); according to the shepherds, it is the only sheep’s milk worthy of being spun. From this milk, in fact, Vastedda is produced, one of the very few sheep’s milk cheeses with spun paste.
Valle del Belice is one of the seventeen native Italian sheep breeds for which a herd book is kept by the National Association of Pastoralism. Total numbers for the breed were estimated at 60,000 in 1994; in 2013 the number registered in the herd book was 116,938.

Morphology –
The Valle del Belice sheep is a medium-sized breed.
It has an average height at the withers which is 85 cm for males and 75 cm for females, with an average weight of 100 kg for males and 72 kg for females.
The head is thin, elongated, light, white in color and the eye contour is often affected by a more or less dark red border, sometimes also coffee-colored, or by a pigmentation, of the same color at the level of the eye rim. However, there are also subjects with a very light red jagged pigmentation that can also affect part of the cheeks; sometimes this pigmentation takes on a coffee-colored hue as described above.
Females are acorned, while males have the option of annulated and spiraled back horns.
It has medium-sized or basically small ears carried horizontally and sometimes with a semi-independent bearing; they often have a pigmented tip of a color similar to that described for the head.
The neck is thin to medium-long, usually poorly supplied with wool. Presence or not of boobies in both sexes.
The trunk is well developed, elongated, with good transversal diameters, little developed withers. Back-lumbar region with a straight profile.
The rump is moderately developed both in length and in width.
The breast is of great volume, often square with a wide base of attack, well supported with strong attacks. Before milking it is very voluminous, with a spongy texture to the touch, while it becomes limp and supple after milking. The nipples are usually proportional, sometimes of considerable size, well directed. There is also the presence of supernumerary nipples. Particularly conspicuous retro abdominal venous network.
This breed has a white open fleece with sometimes pointed conical tufts, with short wool in the whole caudal area; presence of dead hair in the underfleece.
The skin is thin elastic, pinkish white, caudal and genital area pink.