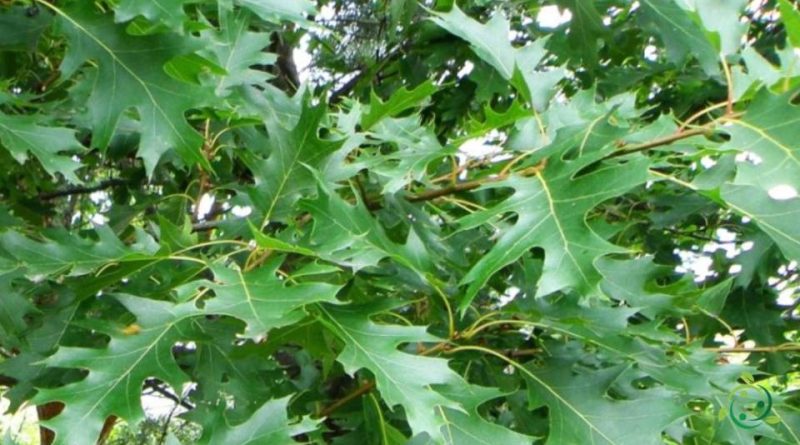 How the northern red oak is grown

The northern red oak (Quercus rubra L., 1753) is a tree of the Fagaceae family, native to the North American Atlantic region which corresponds to the eastern states of the U.S.A. and Canada around the Great Lakes.
This plant was introduced in Europe in the first half of the eighteenth century for ornamental purposes, due to its showy red autumn color, it is also easily found in Italy in parks and gardens.
It is a monoecious plant with unisexual flowers: the yellowish male flowers, arranged in glomeruli, are produced in catkins, the female ones, solitary or in small groups, are inserted on the branches with a short peduncle.
The oval acorns (2-3 cm) have somewhat flattened domes supported by a short peduncle; they mature in two years.

Cultivation –
The northern red oak is a plant that can be grown in northern areas as it tolerates temperatures down to -25 ° C well, while it suffers from too dry and hot climates, preferring cool summers and rainy winters.
The plant prefers drained, deep and fertile soils and, unlike other oaks, it denotes chlorosis problems in calcareous soils. Therefore, those of granitic origin and with a subacid pH are ideal soils.
When planting this tree, bear in mind that it is an oak that does not like the proximity of other plants and prefers to be able to expand freely and does not tolerate shade like other oaks.

The plant propagates by seed, with planting in November on well-worked soil, with good drainage but still sufficient humidity. The planting hole must be quite deep (160 cm and equally wide) and, to promote drainage, with 10 cm of pebbles on the bottom and a filling mixture given by excavated earth, universal soil or leaves and sand (for 20%). The guardian must be eliminated after three or four years. The use of fertilization is only necessary in the case of very poor soils and for young plants. It can live up to a hundred years.

Uses –
Northern red oak was introduced to Europe in the 17th century to beautify parks and gardens; it has since found use as a forest species due to its ease of adaptation and rapid growth. It is used not only as an ornamental plant, given its pleasant appearance, but also for the production of timber.
This tree is cultivated for silvicultural purposes due to its rapid growth and for ornamental purposes due to the beautiful appearance of the foliage, red in autumn; from an ecological point of view it has sometimes become invasive in the oak woods (Quercus robur L.) of central-northern Europe and northern Italy, especially in Lombardy, Piedmont and Veneto, where planting and cultivation is prohibited to protect biodiversity local.