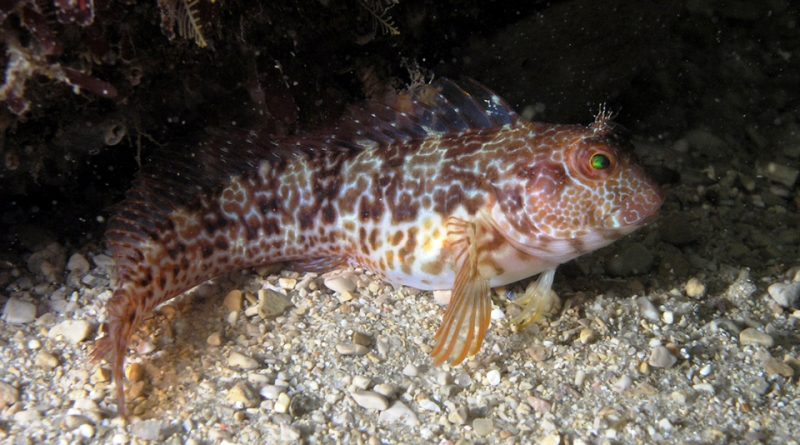 The Ringneck blenny (Parablennius pilicornis Cuvier, 1829) is a sea fish belonging to the Blenniidae family.

Geographic Distribution and Habitat –
Parablennius pilicornis is a widespread fish in the coastal waters of the eastern Atlantic from Spain and Portugal to Möwe Bay, Namibia, in the Mediterranean Sea from Morocco, Algeria, Spain. In the southwestern Atlantic it is found near Brazil and Patagonia, Argentina. It is also found in the western Indian Ocean from Natal to Knysna in South Africa.
The report in Italian waters is very recent. This tropical species has permanently colonized the Mediterranean Sea, where it has been expanding sharply, only for a few years, it is supposed due to the tropicalization of this sea. In the Italian seas the species is distributed along the coasts of the Ligurian Sea, Sardinia, the Tyrrhenian Sea up to the Strait of Messina.
Its merino habitat is that of shallow waters on rocky bottoms rich in algae. 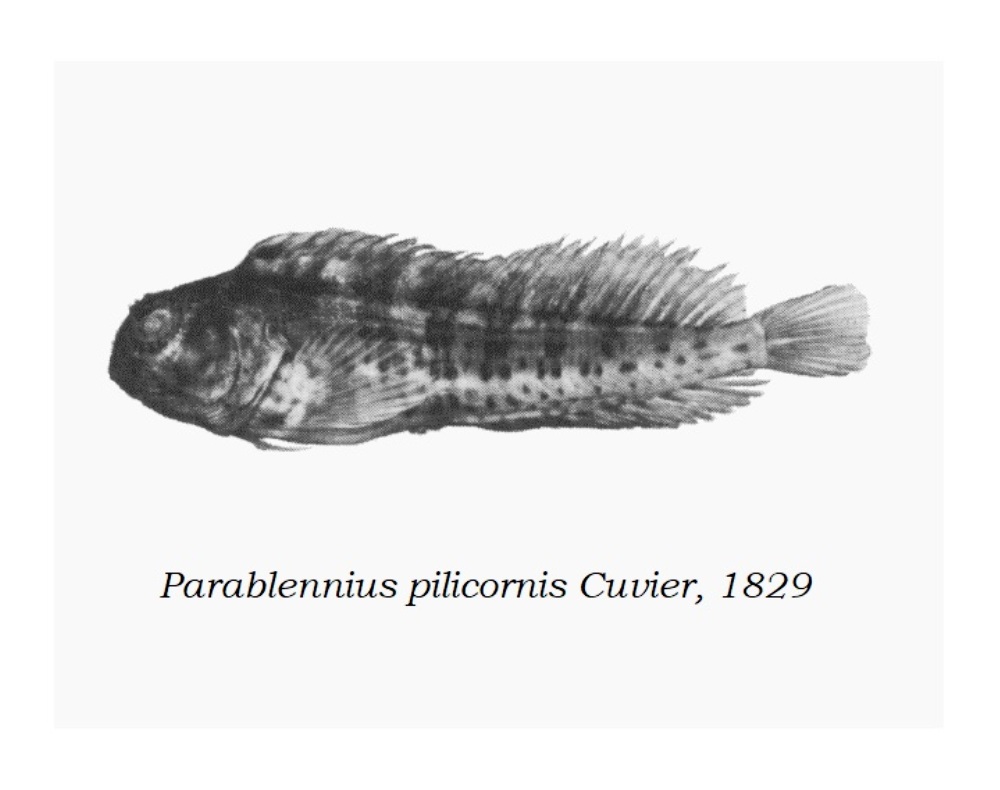 Description –
The Ringneck blenny is a species that reaches a length of 12.7 centimeters.
It has an elongated body and slowly tapers from head to tail, with an enlarged initial part and a laterally compressed caudal part.
The mouth is large and cut almost horizontally.
There are supraocular fork-like tentacles, often with 4 branches, longer in males.
The cheeks are drawn with clear lines arranged in a honeycomb. It can have up to nine dark stripes on the top and spots of various shapes on the bottom. Often you have two darker stripes under the lower part of the head. The pectorals tend towards lighter colors, while the dorsal is darker and with numerous spots and in the males it has an ocello at the beginning.
The species has different liveries, which may depend on the sex, the habitat, the mood or the age and ranging from dark brown green, to yellow, to orange, to whitish with a longitudinal dark band.

Biology –
The Parablennius pilicornis is a fish that reproduces in the summer period and in similar ways to those of the other Blenniidae.
It is oviparous, with external fertilization, with adhesive eggs laid in a nest. The nest is formed by a hole in the rock or in the sediment, or in a bivalve mollusk valve. The eggs are supervised by the male or both parents. The larvae are pelagic and are often found in coastal shallow waters.

Ecological Role –
Parablennius pilicornis is a species that is quite easily confused with other members of the genus. It has supraorbital tentacles usually with 4 filaments, all the same in the female while in the male the first is a little longer.
It is a fish with an omnivorous diet and feeds on algae and invertebrates.
It is a fish that is colonizing areas of the sea further north, such as in the Mediterranean, most likely due to the warming of some seas.
According to the IUCN, the species is rated at Least Concern (LC) due to its wide distribution and because there is no evidence of decline or specific threats.