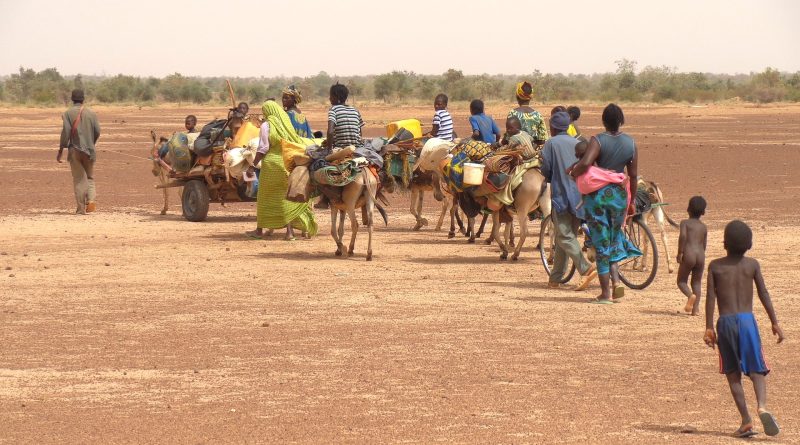 Beyond liberalism for a new way of history

Liberalism, as is well known, is the ideology that centers on an economic system in which the state limits itself to ensuring public functions that cannot be satisfied by individual initiative, and to guaranteeing economic freedom and free trade with legal rules. .
Liberalism is, in fact, a philosophy oriented to free trade and free market, according to which the economic system does not appear isolated (as in the case of a nation closed in a protectionist or autarchic economy), but as an open system, also affirming the tendency of the market itself to spontaneously evolve towards an efficient and stable structure, in order to maximize the satisfaction of producers and consumers. Therefore, for liberalism the market-system tends towards a situation of increasing order.
Beyond the simplifications, which due to the obligation of readability and synthesis I must, in spite of myself, do here, liberalism, is the son of an ideology born in the eighteenth century from the ideas of the Scot Adam Smith, which developed widely after the Enlightenment, and which today is demonstrating all the limits of a vision of the world that, in fact, could not have been had in the eighteenth century.
In those times the question of globalization or the social and ecological consequences of such a model and system was not thought of.
Liberal theories, and even worse, neoliberal theories observe the world as a linear scenario in which the center of the same is a fluid and unhindered market and in which humanity is free to produce or purchase goods without these having repercussions on the world system. .
Liberalism itself has placed itself above the reality of which the world is made; a reality that is limited (and therefore with such resources), made up of different social conditions (for history, language, traditions, etc.) and multiple ecological conditions (for biotic and abiotic conditions).
Liberalism has seen the world as a highway on which to travel and exchange goods freely, placing all this on rules that, instead, are preordained, like those of Nature, and that do not work with liberal models.
Several times, and in various articles, I have emphasized this aspect (and I am obviously not the only one) but the proponents of liberalism, for obvious economic interests, cannot think so, imposing and impressing on the political facts of governments and public opinion arguments increasingly sophisticated which, obviously, cannot satisfy and resolve this antithesis between the real world and the imaginary one set up by liberalism.
Social, environmental and ecological emergencies are only the tip of the iceberg towards which the entire planetary social and economic system is heading. A collision course to which we must find solutions and new visions and which obviously cannot be centered on unscrupulous theories that focus on a liberal concept (not existing in natural dynamics) but the principle of sharing and subsidiarity, base and structure of ecological and social systems.
The European Union itself has been floundering for years in the face of this great oxymoron, no longer able to find the square of the circle, the same square indicated by various official documents of the United Nations, of which, one above all, is Agenda 2030.
The Lisbon Treaty itself, which entered into force on 1 December 2009, and which exalts, among others, the application of the principle of subsidiarity, must then clash with the liberal principles, insisted in the European constitution itself, finding it difficult to bring out from this loop the entire political approach of the Union. 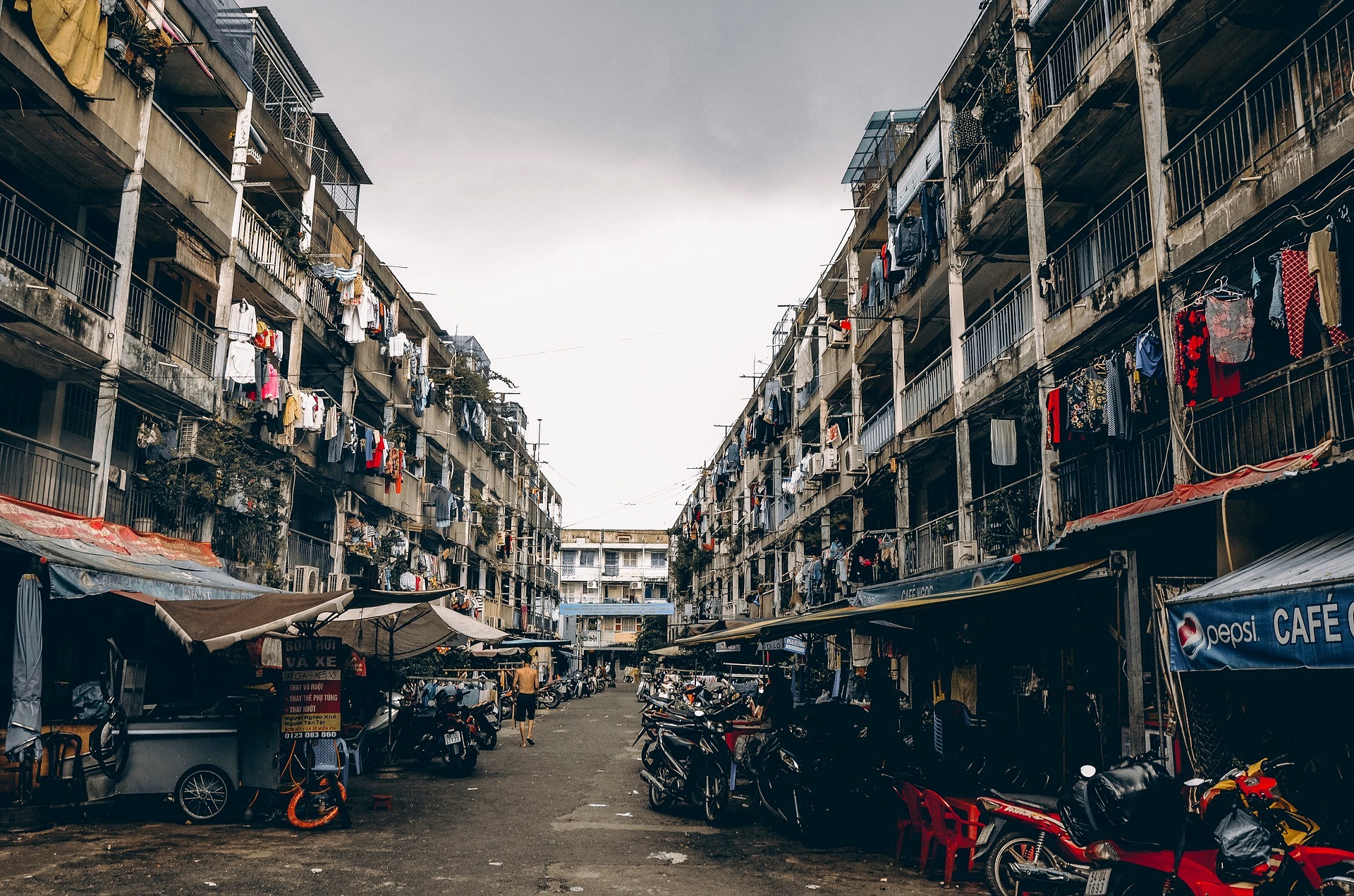 In this sense, the latest encyclicals of Pope Francis have been illuminating, which from “Laudato Sì” to “Fratelli tutti” trace not only all the inconsistencies (social, ecological, etc.) of the liberal theories but also the solutions to this dystonia.
But here we must also clarify a bit, also expressing ourselves in terms, you will forgive me, purely physical and mathematical.
Liberalism is a political theory (and unfortunately an application) that disregards the most elementary laws of thermodynamics and, above all, of its second principle. He sees the world as an inexhaustible, linear, limitless source with indefinite growth. Nothing could be more false and dangerous.
Our planet is a living organism, made up of principles that cannot be crossed and surmounted, but which impose very strict laws, respect for its limits, its peculiarities, its climatic differences, resources, etc., which cannot adapt to the concepts liberalists.
This question does not foreshadow the hypothesis of a return to the world of borders (or tariffs) but of rules superordinate to the simple material good (the free exchange of goods and services) by setting norms and rules for the protection of the environment, health of society and its rights, etc .. In short, we need to review some passages of the EU Constitution.
Politics must re-appropriate new languages ​​where the center is that of guaranteeing the rights of all, from the smallest living being to the macroscopic social organizations.
In this world, to take up the words of Pope Francis “We are all in the same boat” … “We went forward at full speed, feeling strong and capable in everything” … “We did not stop in front of your calls, we did not wake up from in the face of wars and planetary injustices, we have not listened to the cry of the poor, and of our seriously ill planet. We continued undeterred, thinking of always remaining healthy in a sick world ».
Well, liberalism is the real virus of this world, certainly not Covid-19, which is only, as I have stated elsewhere: “the light that came on on the dashboard of planet Earth”.
We cannot plunder the resources, without thinking about the repercussions they have on the populations living in those areas, we cannot deforest the forests, without thinking that they belong to the whole world, we cannot continue to produce food by depleting more and more soil, biodiversity and resources.
Some might say that there is no alternative to this system: it is one of the most false statements that can be made: the Planet has within itself all the resources to make Humanity live in Justice and Peace. But not with this economic model.
The economic model has been written, since the dawn of time, in the principles of Nature which, today, indicates to us, for those who can read it (and we are more than you think, including economists, scientists, philosophers, politicians, etc.) ways to go.
However, it is not in the clash that we will find the solution to the problem but in extracting the same rules on which it is supported from the principles of Nature and translating them into political concepts.
Nature lays its foundations on principles such as: sharing, diversity, subsidiarity, tolerance, solidarity, etc., all principles that far exceed the bleak liberal vision that has led humanity to the brink of annihilation.
Nonetheless, I am convinced that it is the “thermodynamics” of history that has led us here to embark on a new path that fulfills it.