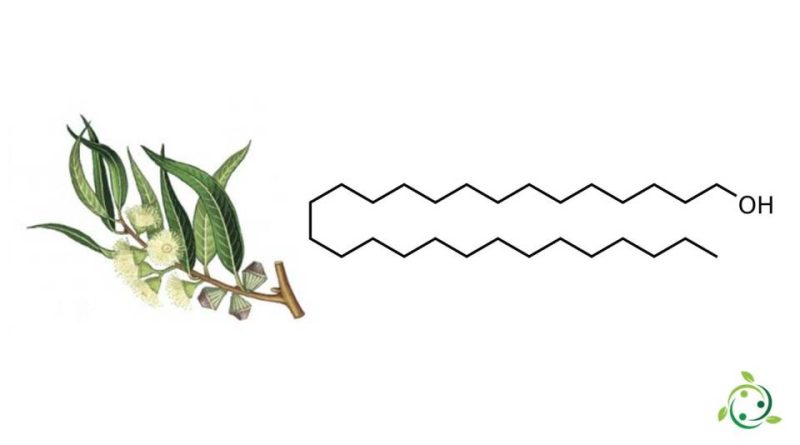 Octacosanol, whose term in the IUPAC nomenclature is: Octacosan-1-ol is an aliphatic primary fatty alcohol with 28 straight-chain carbon atoms.
Octacosanol ka brute or molecular formula: C28H58O and is an alcohol present in many plants including the leaves of many species of eucalyptus, most of the forage grasses and cereals, acacia, trifolium, pisum and many other kinds of legumes; sometimes it is the main constituent of wax. In addition, octacosanol is also found in wheat germ.
From a chemical-physical point of view, octacosanol is insoluble in water but soluble in low molecular weight alkanes and in chloroform.
Octacosanol is the main component of the policosanol blend.
This substance has been the subject of a preliminary study for its potential benefit for patients with Parkinson’s disease. Studies have also found that octacosanol can inhibit cholesterol production. In the laboratory, in mice, octacosanol reduces stress and restores normalcy in case of sleep problems.