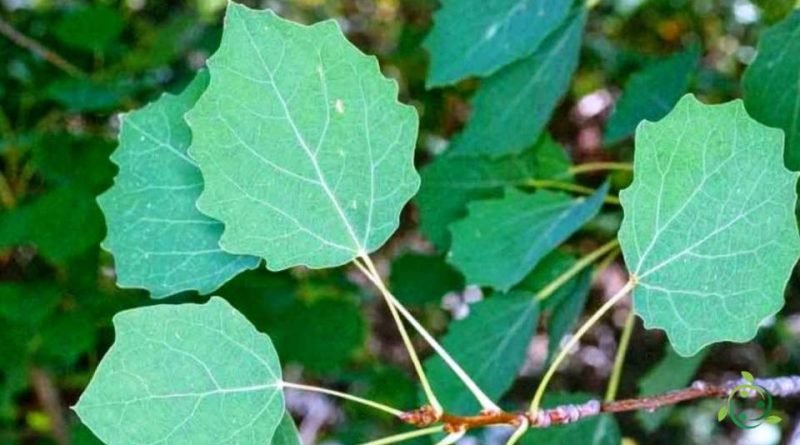 How is aspen grown

The aspen (Populus tremula, L.) is a tree of the Salicaceae family native to Europe and Siberia and which grows throughout Europe, but it can also be found in some areas of North Africa. In Italy it is present in the Alps up to a height of 1600 m and in the Apennines up to 1800 m; in some areas it can also be found a few hundred meters from the sea.
Its name is due to the ease with which the leaves move in the faintest breeze due to the long and thin petiole.
It is a dioecious plant, with unisexual flowers on different plants. The fruits are capsules that ripen releasing small feathery seeds.

Cultivation –
The aspen is a plant that does not reproduce by cutting but frequently by suckers that form new trees; moreover it can reproduce by seed which as soon as they are harvested, in spring, must be sown immediately since they quickly lose vitality as for all the salicaeae, covering them for nothing or only the minimum indispensable. Soon it is necessary to carry out the repatching in single pots. The first winter can be spent sheltered in a cold greenhouse, or already in late summer, if the growth of the seedlings is sufficient, they can be planted. Otherwise the planting period will be the following late spring.
Reproduction by seed, however, represents a problem as poplars hybridize very often with each other, and the seeds do not always give the expected results, which is why the harvest must be done starting from plants that grow in areas without other poplars. .

Therefore, to operate the vegetative reproduction it is possible to start from a woody cutting in November-December, or a root cutting in the middle of winter or, through the numerous suckers in spring.
However, the plant is extremely easy to grow.
It is an ideal plant in environments of a certain altitude to create, for example, windbreak barriers, or for the reforestation of bare areas or heavy and clayey soils. In this sense, however, it is necessary to take into account its lack of tolerance to competition not only at the root level but also above the ground (one of the reasons why it is found so often on soils relatively free of vegetation). Its root system, especially in clayey soils, tends to seriously damage the sewers and foundations, so the plant must be carried out at an adequate distance from the houses (at least 12 meters). It is a short-lived plant but it grows fast.

Uses –
The aspen has a light and light wood that finds uses similar to those of other poplars. Used in the natural reforestation of landslide slopes for its pioneering behavior. Also used as an ornamental species.
Due to its characteristic of frequently producing suckers, which form new trees, it is a pioneer species in the colonization of new lands and, especially in the Alps and in the Apennines, it is used for the consolidation of landslide slopes.