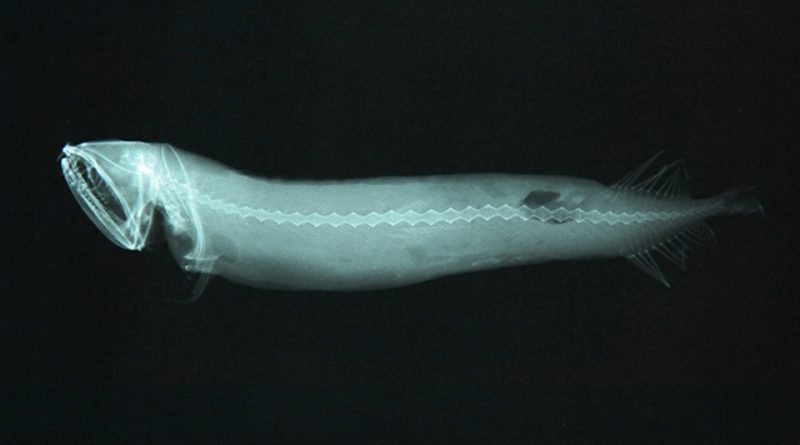 Geographic Distribution and Habitat –
Bathophilus nigerrimus is a fish found in the Atlantic Ocean and in the Mediterranean Sea. In the Italian seas it is very rare but present along all the coasts of the Italian seas, with the exception of the Adriatic Sea
Its marine habitat is that of deep waters, usually found at 500 m of depth but it has also been fished on the surface. It has deep pelagic habits. 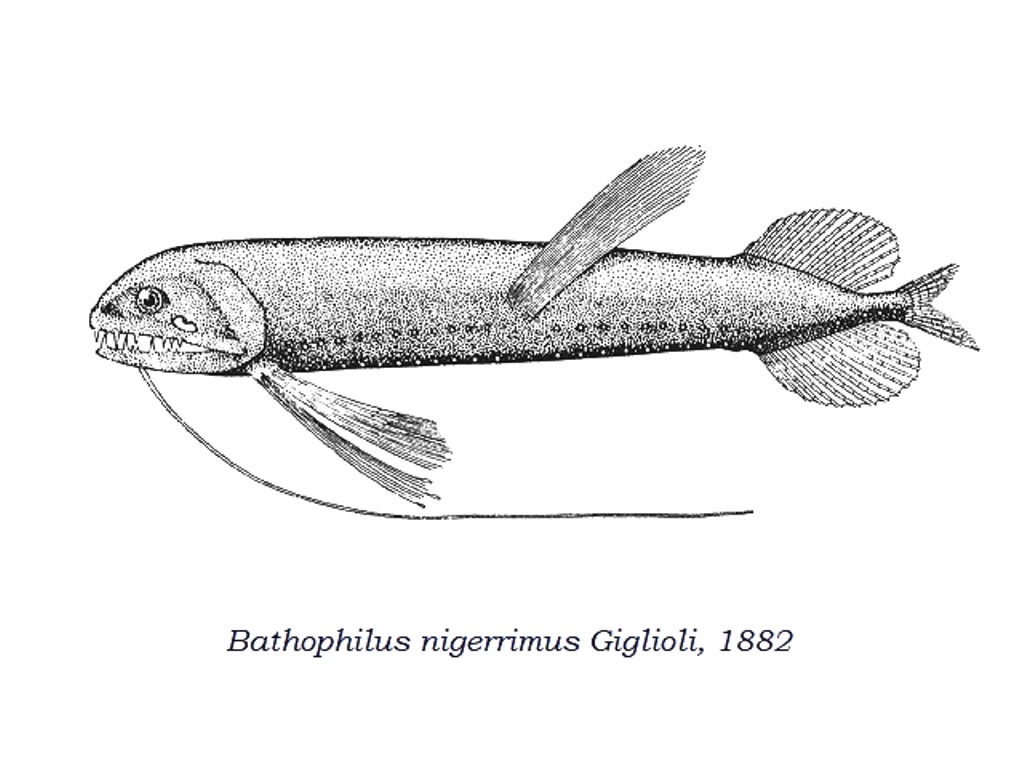 Description –
The Bathophilus nigerrimus is a fish that reaches 12 cm, with a slightly compressed body covered with bare skin (in males there are whitish luminous papillae) with black color with bronze reflections, with transparent fins and body surface that emits a uniform phosphorescence , while it has two parallel series of photophores that glow golden yellow.
It has melanophores and photophores scattered along the body, with barely visible photophores. It has a more evident luminous organ than the others posteriorly and below the ventral.
The conformation of the eye is circular and very small; under it there is a large luminous organ of oval shape. The nostrils are tiny.
It has a very large mouth that is equipped with backward folding pointed caniniform teeth (the first and third are fixed, the second of the jaw is the largest of all). Other teeth are found on the tongue, on each palatine and at the bottom of the palate. They are completely missing on the vomer and on the gill arches. Below the jaw there is a barbel almost as long as the whole body.
The dorsal (13-14 rays) and anal (13-14 rays) fins are similar, opposed and displaced to the posterior end of the body. The caudal, 22-24 rays and not very large, is forked and with pointed lobes. The pectorals, located very low and with 35-50 rays, have a base at an almost right angle and are very long up to surpassing the base of the ventral ones. The ventral ones (15-24 rays) are inserted very high on the sides, approximately in the center of the body, and have the extremity of the rays that reach the base of the dorsal.

Biology –
The Bathophilus nigerrimus is a species of which little is known about its biology but whose reproduction takes place in spring with the deposition of pelagic eggs. The larvae that are born are very different from adults, they have very wide fins and are transparent.

Ecological Role –
Bathophilus nigerrimus is a carnivorous species that feeds mainly lantern fish and is very voracious.
This species is batipelagic and is found in a space of water from the surface up to over 500 m. depth.
This fish is occasionally trawled and was caught in the Strait of Messina in the winter months on the surface; often beach carried by the currents.