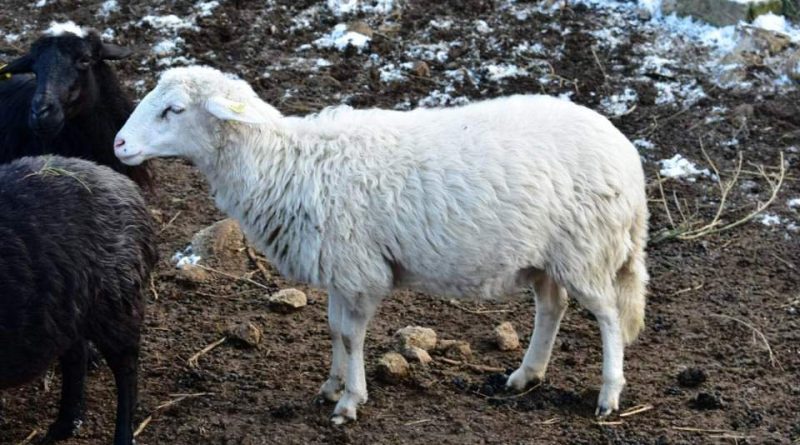 The Sciara or Moscia Calabrese is a sheep breed (Ovis aries Linnaeus, 1758) endemic to Calabria, with the main aptitude for milk production.

Geographic and Area Distribution –
The sciara, also known as Moscia Calabrese, is an endemic sheep breed of Calabria, where it is bred for the production of meat, milk and wool.
This breed is widespread mainly in the provinces of Cosenza and Catanzaro and bred in other parts of southern Italy, with a number, which until a few years ago was about 15,000 animals but many of which are derived from crosses with other breeds.

Origins and History –
Sciara, also called Moscia Calabrese or Calabrese, is an indigenous population belonging to the “moscia” wool group.
According to early 20th century sources this breed was described as being dark in color while according to the breed standard, it should be white.
The Sciara is one of the forty-two local indigenous sheep breeds with limited distribution for which a herd book is kept by the Associazione Nazionale della Pastorizia, the Italian National Association of Sheep Breeders; the herd book is empty.
Currently, the replacement crosses with Comisana, Pinzirita, Barbaresca, Sarda are being implemented on the animals derived and raised in the best areas; the goal is to improve productivity. However, for the most inaccessible areas it is considered irreplaceable. Today this breed is in danger due to the gradual abandonment of the areas where it is bred.
The breeding environment is in fact the high hills with very poor and steep pastures, which only a rustic animal like the Sciara can use.

Productive attitude –
The Sciara is a robust and frugal breed that over time has adapted well to the poor and stony mountainous terrain of the area.
The environment in which the breeding is conducted is very marginal and with morphologies that include the high hill areas with very poor and steep pastures, which only a rustic animal like the Sciara can exploit.
Females have an average fertility rate of one birth per year with a twinning rate of 10%.
The main production attitude is that of milk production. The production stands at 50-60 kg, with a lactation lasting 150-180 days.
There are moderate productions of meat and more marginal ones of wool.
Meat production is obtained with lambs of 8-10 kg or 5-6 kg slaughtered to obtain rennet.
The production of wool is instead modest both in quantity and quality.