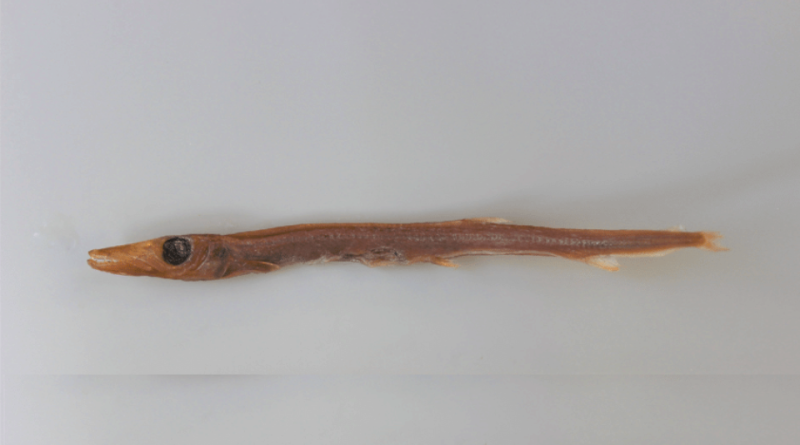 Geographic Distribution and Habitat –
Lestidiops sphyrenoides is a fish found in the eastern Atlantic Ocean and in the Mediterranean Sea, including the Italian seas, where it is common only in the Ligurian Sea and in the Strait of Messina.
Its marine habitat is that of deep waters up to 1000 meters and has pelagic habits. 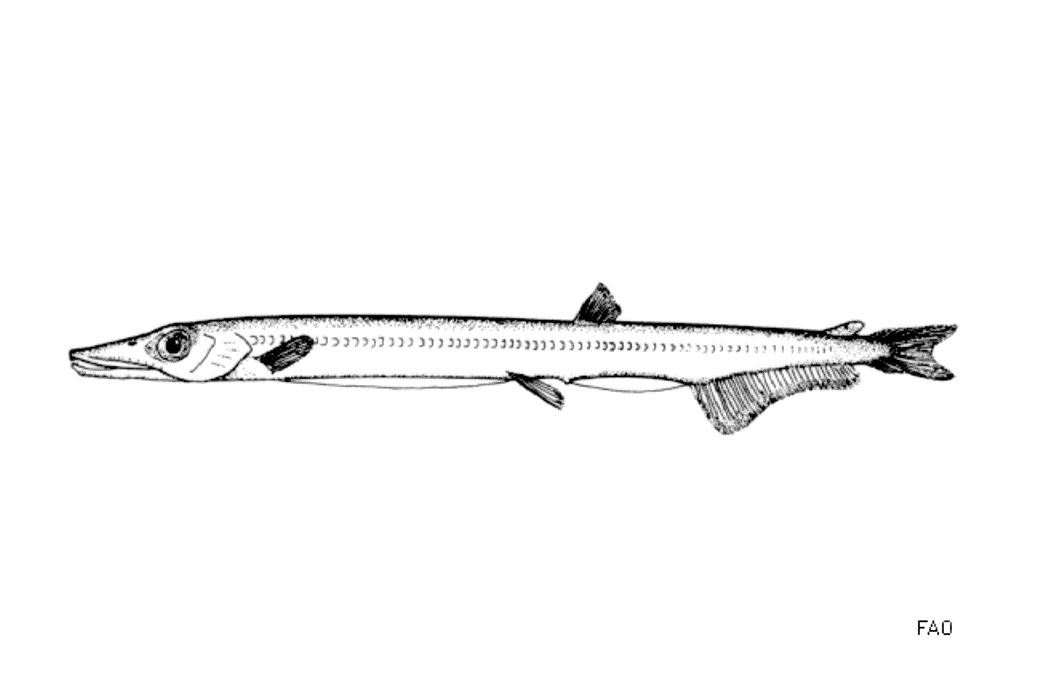 Description –
The Lestidiops sphyrenoides is recognized for having a thin, somewhat compressed body, with almost straight dorsal and ventral profiles, completely devoid of scales on the head and on the body. On average it reaches 30 cm.
The lateral line sections vary between 60 and 70 and carry overlapping scales embedded in the skin. The head is around five times the total length. The eye has a fatty lid.
It has teeth on two rows and quite large, with the mandibular ones of different length and the anterior ones palatine, long and folding.
The tongue is wide and long.
The ventral fins are anterior to the dorsal. There is an elongated and low adipose ventral, in addition to the adipose dorsal. 88-94 vertebrae.
The livery is of an iridescent silvery color, with brownish pigmentation on the back.

Ecological Role –
Lestidiops sphyrenoides is a fish that lives in schools where individuals stand with their heads turned upwards. This species does not survive temperatures higher than 20 °; in winter it often rises to the surface in search of cooler waters and is sometimes thrown onto the beaches by storms.
Its diet consists of planktonic organisms and fish larvae.
As for its fishing, it sometimes ends up in purse seines for sardines when equipped with a strong light for attractive purposes, as well as in plankton nets for scientific use. It never ends up on the fish markets, even if its meat is good.
According to the IUCN Red List, Lestidiops sphyrenoides is currently rated at Least Concern (LC) due to its wide distribution and because there is no evidence of decline or specific threats.