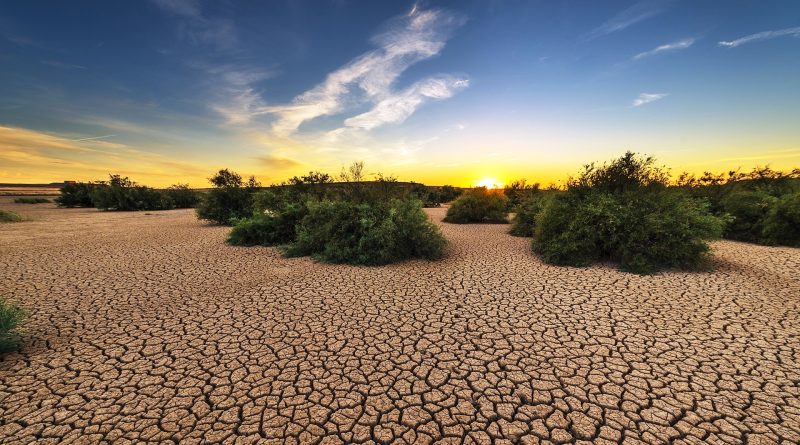 Protect the soil to safeguard Life

The soil is the seat of physical, biochemical and ecological processes that allow not only the life of plants and other organisms but the entire balance of life on planet earth.
A Chinese proverb says that “The soil is the Mother of all creatures. Do not forget the Mother who feeds you. “, Yet a reductionist vision, developed above all in the previous century, considered the soil as a place of conquest, of exploitation, of use for various human purposes and, almost always, not as a living tissue ; tissue of the largest organism that is the entire biosphere.
To affirm today that the soil is alive is almost taken for granted but less obvious is to understand that there is a very delicate ecosystemic balance in it, made up of biodiversity and complex relationships between the abiotic component and the biotic component, in which human activity, especially with agriculture , creates significant interference.
An interference that is due, in the agricultural field, to the use of synthetic substances, biocides, chemical fertilizers, soil processing and other actions which, in fact, are carried out almost never considering the biological needs of the soil and its regenerative capacity. .
In this regard, in recent decades researchers and international organizations, such as FAO, have published frequent reports, which leave no shadow of doubt.
In recent times, especially on the occasion of the World Soil Days, a situation of loss not only of soil, understood as its physical component (the particles that constitute it) but also in terms of biodiversity (the organisms who live there).
This correlation is gradually leading to that phenomenon called, generically, desertification of soils, which results in a great loss of capacity of ecosystem services linked to the soil, including: food production, CO2 capture, production of oxygen, etc ..
By the time we publish we are approaching December 5th, which is the date of World Soil Day.
In recent editions, as reported by the FAO, the importance of the role of the soil, with all its organisms, for the health of the planet and human beings, has been greatly underestimated.
In the latest edition, FAO Director General Qu Dongyu stated that: “Soils are not only the foundation of agri-food systems and the place where 95 percent of the food we consume is produced, but their health and biodiversity are also crucial for our project to end hunger and ensure the existence of sustainable agri-food systems ”.
Unfortunately, the agricultural model, present on most of the territories of all the countries of the world, creates an interference on the fertility of the soils and on their remarkable regenerative capacity.
Agricultural model to which is added land consumption for other activities.
Italy is no exception and according to the ISPRA 2021 report, which annually reports on: Land consumption, territorial dynamics and ecosystem services, the situation is increasingly alarming.
Land consumption in Italy continues to transform the national territory at high speeds. In the last year, the new artificial coverings have covered another 56.7 square km, or, on average, more than 15 hectares per day.

An increase that remains in line with those recorded in the recent past, and causes our country to lose almost 2 square meters of land every second, causing the loss of natural and agricultural areas. These surfaces are replaced by new buildings, infrastructures, commercial, logistic, production and service settlements and other areas with artificial coverage inside and outside the existing urban areas.
A growth in artificial surfaces only partially offset by the restoration of natural areas, equal to 5 km2 this year, due to the transition from consumed soil to unused soil (generally thanks to the recovery of construction site areas or surfaces that had already been classified as reversible land use).
Obviously, the Ispra report then goes into detail on the individual areas of the country, but a data must be analyzed and taken up with appropriate processing.
In Italy the UAA (Utilized Agricultural Area) in 2019 was 12.4 million hectares; an area, among other things, as mentioned above, constantly decreasing.
Therefore, if we consider the 2 square meters lost every second, by making simple calculations we will have that every year we lose about 6,307 hectares and that if we project this number (which among other things is increasing) we obtain that by 2050 we will have lost ( but it is an underestimate) about 182,908 hectares.
An area that, divided by the average extension of Italian farms (which in the last census was 8.4 hectares), tells us that in 2050 we will have lost over 21,700 farms, with evident negative effects on food production (food sovereignty ) loss of GDP, jobs, etc.
A situation that in itself already seems alarming but unfortunately the bad news does not end there.
In fact, again according to the reports of various government institutes, not only the UAA is decreasing (due to the above factors) but also the quality of the soils, due to the decrease in biodiversity and, in general, the fertility of the same due to intensive agricultural practices, which make extensive use of synthetic products (such as insecticides, herbicides, chemical fertilizers, brackish water, etc.) and unsustainable soil processing techniques.
Despite the recent strategies of the European Union, and in particular the one on biodiversity and the other on Farm to Fork, launched as part of the Green Deal, the report found that, in general, detailed data, policies and actions on the subject are lacking. of soil biodiversity at local, national, regional and global levels.
Translated into concrete terms, it means that there is still a lack of agricultural and agri-food policies that translate these needs into careful agroecological conversion programs of the world production system to remedy a scenario that foreshadows a future that is anything but rosy for the planet and humanity.
To clarify this last aspect, that is, on the need for agroecological conversion (proposed several times by FAO documents), it should be noted that agroecological models, as highlighted by M.A. Altieri (Agroecologia, 2015) and other A.A. all over the world, production systems are not only more sustainable but with higher energy, production and ecosystem service efficiencies than monocultural or specialized systems.
Unfortunately, in this field, in addition to the implementation of an adequate agricultural policy, there is still a serious program (at all levels) of information and training that will allow a rapid conversion of our agricultural systems.
A conversion that reverses the dangerous trend of erosion of the Earth’s resources (which is the soil) and that allows future generations a new hope and a sigh of relief.