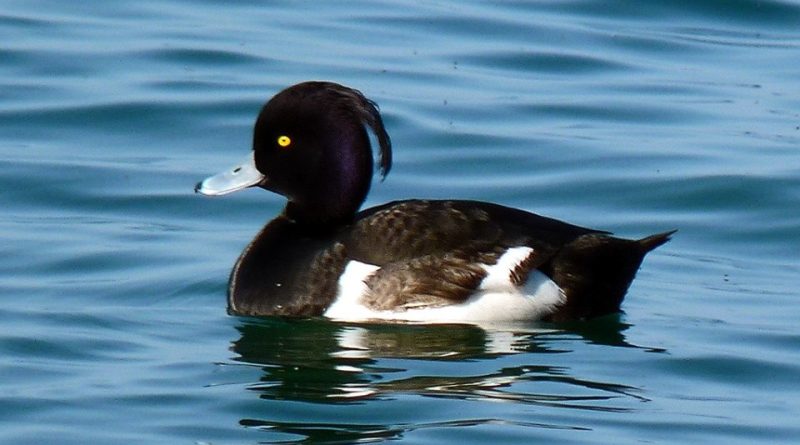 The Tufted Duck (Aythya fuligula, Linnaeus 1758) is a bird belonging to the Anatidae family.

Geographic Distribution and Habitat –
The Tufted Duck is a bird that nests throughout the Eurasian region, both temperate and northern, that is, from the British Isles to all of northern and eastern Europe, to Asia. It hardly migrates to the equator.
In Italy it is a double step, sometimes it nests in Puglia.
This bird can also be occasionally observed as a winter visitor both on the coasts of the United States and on those of Canada. In these areas it is believed to have enlarged its traditional range following the increase in the availability of fresh water for farming due to the extraction of gravel and the spread of freshwater mussels (Anodonta cygnea Linneo, 1758), which they are their favorite food. These ducks are migratory in most of their range and overwinter in the milder regions of southern and western Europe, southern Asia and, year round, throughout most of the UK. In winter, on open waters, they can form large flocks.
Its breeding habitat is near swamps and lakes with a lot of vegetation to hide the nest. They are also found on coastal lagoons, shorelines and sheltered ponds. 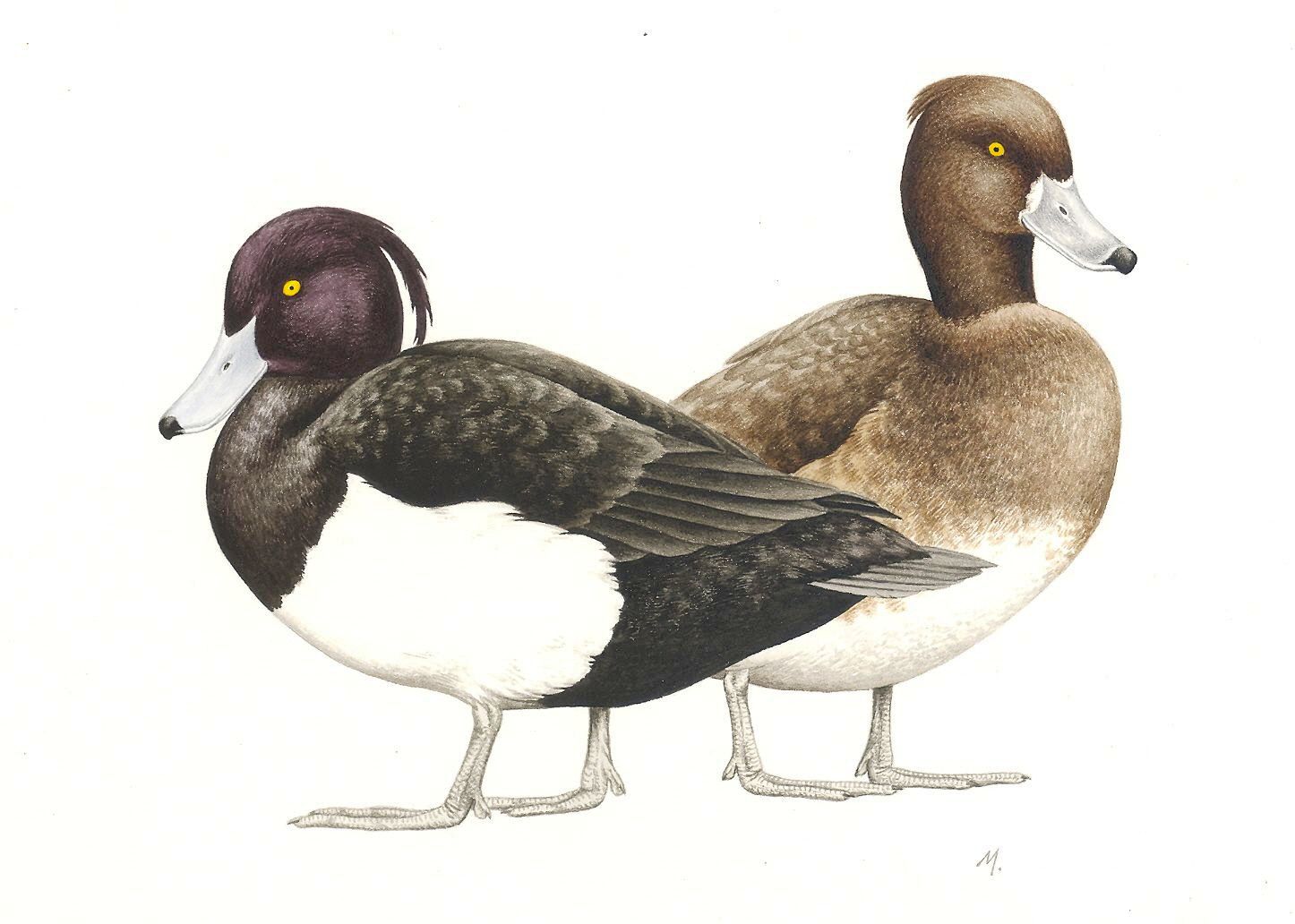 Description –
The Tufted Duck is an anseriform bird with the presence of sexual dimorphism and with a weight ranging from 0.6 to 1 Kg.
It has a shorter beak than its head, short wings and tail, grayish legs.
The male, in nuptial livery, has black color with violet reflections except on the lower white flanks, tuft of black feathers on the head. The beak is slate-colored with black apex.
The female, on the other hand, has a brown color, with lighter sides, a clear spot at the apex of the beak rather than a slate gray, a shorter nuchal tuft. The eclipse plumage of the male is however similar to the female.
Both have a yellow iris.

Biology –
Aythya fuligula is a bird with gregarious behavior that nests in spring nests near the water.
In this period the female lays 5-12 eggs which are recognized by their color ranging from pale green to greenish gray. The hatching period lasts 23-26 days and it is the female who takes care of the young.
The male after hatching herds with other males.
During the hatching the territoriality is scarce in fact more females can hatch in the same nest.

Ecological Role –
The Tufted Duck is a bird that prefers environments with coastal and internal stretches of water but rich in vegetation.
It can be seen flying in regular and irregular formations. She is a good walker, excellent swimmer and diver and can dive to depths of 5-6 meters.
During the hours of dusk and in the morning, it searches for food of both animal and vegetable origin.
It feeds mainly by diving, but it can also stay on the surface. It eats shellfish, aquatic insects and some plants and sometimes feeds at night.
In Italy the Aythya fuligula is one of the huntable species according to the art. 18 paragraph 1 of the law n. 157/1992.
The Italian breeding population is estimated at 40-50 pairs in 2002 and is considered to be increasing due to the recent colonization of our country (Brichetti & Fracasso 2003, BirdLife International 2004).
Although the population trend is currently increasing, this species is also threatened by the transformation of the nesting and feeding habitat due to anthropogenic disturbance.