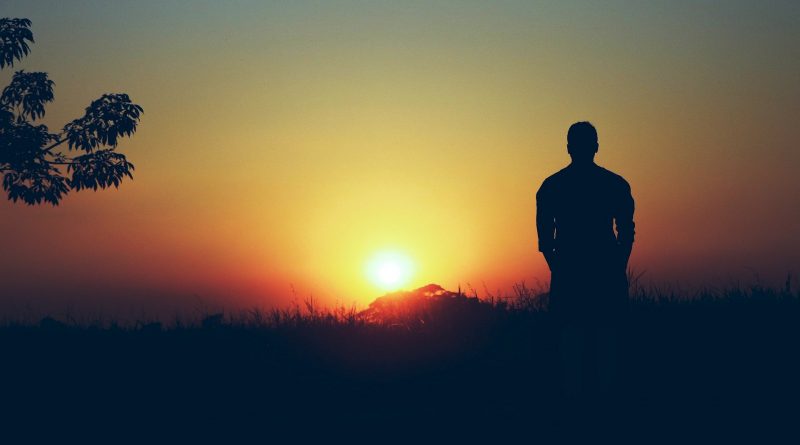 It is now certain that our world, with its cultures, its visions, its social and economic models, has come to a showdown.
We are not envisaging a conventional type of war (unfortunately those have never ended and continue to bleed entire populations with their injustices) but a clash between two ways of conceiving the world, indeed Life.
On the one hand, a liberal system increasingly projected towards a post-globalization world, with the intention of imposing new theorems that focus on new commercial frontiers that now also invade personal spheres, such as identity, sexuality, social structures, etc. .. A castle ideological, with a liberal matrix, which every day that passes tries to transform everything and everyone into goods, needs and consumption; the rest, according to this view, is blasphemy and anti-liberal matter.
On the other hand, the voices of movements, opinions, the world of culture and science that try to think about a systemic vision of life, its values, the role of the person and her rights.
In this increasingly bitter clash, but which represents the prelude to a new era, the aggression and the most heated discussion is certainly that on food, agri-food models and the ecological transition. Interconnected topics, as rightly addressed by Agenda 2030, and therefore no longer representable with that old dress of colonial liberalism that has characterized, especially in recent decades, the history, politics, economy and social systems of the entire planet. All united, for better or for worse, with a cause and effect system, by a scenario that can no longer be proposed.
Without repeating for the umpteenth time the great social and environmental emergencies that this system has generated, it is necessary to emphasize an issue that has been seen for too long from an ethically incorrect and, therefore, morally unacceptable perspective.
The question obviously concerns food, the models for producing it, their repercussions on the social and environmental systems.
Having dealt with this matter, especially since the middle of the last century, only in terms of the market (free circulation, increase in unit yields, industrialization, etc.) is showing how far the objective of this policy is perhaps.
For the avoidance of doubt, here they speak not only partisan views, and as such fallible, but data that are increasingly reported by government organizations or by research and scientific studies in more parts of the world.
Today we are, in fact, at a clash between supporters of agro-industry on the one hand and supporters of agroecology and food sovereignty on the other.
So on the one hand we have the Food Systems Summit of the United Nations, on the other the Food Systems for people. International institutions and large companies for one, civil society and indigenous peoples for the other. A future of food systems that moves on opposite trajectories.
In this sense, the official break between the two currents took place on the occasion of the first United Nations summit on food systems. A first and a clear separation.
In this scenario, the words of the Secretary General of the United Nations, Antonio Gutierres, stood out loud and solemn: «The current food system must be reformed. It must become healthier, more sustainable and fair ». A cry launched at the first UN Food System Summit. “We must work together to transform the way we produce, consume and think about food,” reads the organization’s website dedicated to the summit to be held in the United States in the fall.
In support of this statement there is also the latest report The State of food security and nutrition in the world (Sofi) (the state of food security and nutrition in the world) by the FAO.
Consider that in 2020 the rate of malnutrition has increased. Between 720 and 811 million people suffered from hunger in 2020, 118 million more than the previous year. These are figures that take us away from the “zero hunger” goal of the United Nations 2030 Agenda for Sustainable Development.
But that is not all; Add to this the forecasts that are far from rosy: up to 660 million people could still suffer from hunger in 2030. Food insecurity has slowly increased since 2014. The pandemic has also had an impact on child malnutrition : 22% of children under 5 suffer from stunting; 6.7% are debilitated; 5.7% are overweight.

In this direction, according to the Sofi 2021 report, the factors that undermine food security and nutrition in the world are numerous. Conflicts remain a major cause of food crises, plus climate change and extreme events. In this economic crisis and pandemic, they obviously contributed to the increase in malnutrition.
In addition, growing food insecurity is also associated with the inability to access healthy diets. In this case the food system plays an important role, considering production, distribution and consumption. The report argues for a more inclusive and environmentally sustainable change in the food system.
Large dominant distribution, long world-class routes to get food from one continent to another, use of chemistry to obviate the ecological interference of world crops, etc .; in short, an international debacle.
In all this it is evident that a fundamental factor has been forgotten in a story that we must overcome as soon as possible.
First, the right to food is fundamental for human dignity. Every person has a fundamental right to life and a right to what is necessary to live with dignity.
We cannot allow so many of our brothers and sisters, because outside the liberal strategies (or even worse victims of these) to go to bed hungry.
Precisely the Covid-19 pandemic has highlighted even more distortions and social injustices that we periodically forget, or annoy us, when these brothers and sisters of ours cross the seas in search of a little hope.
For this we need a food system in the post-pandemic world that must guarantee a holistic approach that considers the economic, environmental, social, cultural and health dimensions of food. This includes a deep commitment to food consumption education but also to protecting the property rights of poor and indigenous communities, as well as protecting the “commons”, those forests and lands traditionally managed and shared by an entire community. In addition, resilient and sustainable food supply and distribution chains need to be built. This includes the construction of infrastructures that connect small farmers with local and national markets (and in this we do not read anything in the current Italian PNRR). Healthy and accessible diets must also be promoted. Accessible and nutritious food must be available to all.
A language that is that of agroecology and not of agro-industry.
A language that wants to preserve resources for present and future generations.
We need to move to a circular model of food production that regenerates natural systems by promoting good health, improving natural ecosystems and protecting natural habitats to support biodiversity.
A food system that must also be inclusive. Women, young people, small producers and others who are now excluded and left behind need a seat at the table when policies and decisions are made that affect them.
All themes faced prophetically by Pope Francis, in Laudato Sì, but still held among the considerations of a romantic type by a politics that must come out of the dead end tunnel of this liberalism that erodes and corrodes more and more the planet and humanity.
An anthropic model with high entropy that burns and consumes everything in its path, indeed that transforms everything into consumption and market.
A social model that has dangerously distanced itself from the fundamental principles of the dignity of every human being, the common good and the care of our common home.
Unfortunately, the discussion, even at the European and therefore national level, does not take off on a fuller vision.
Some issues are completely excluded from the official tables and are precisely those analyzed and presented by many parts of civil society as foundations for the new food systems. We are also talking about food sovereignty, as the basis of the right to food. Because ensuring a meal is not enough: you need to understand who is in control of the land, water and natural resources.
Food, if someone had forgotten it, is not just a mercantile entity; it has a social, cultural, community value. Human rights are the basis of the system: access to seeds and land, natural resources, the knowledge of peoples, the economy of care, attention to the needs of humanity and the planet are the only future for everyone. we.
Someone wanted to write an economic equation forgetting the most important variable: human dignity. Without it we destroy humanity and the planet.