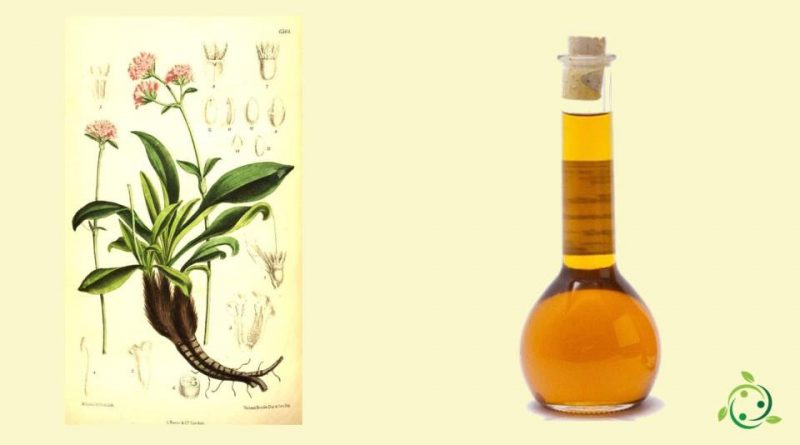 Spikenard essential oil is a precious oil obtained from the Nardo plant (Nardostachys jatamansi (D.Don) DC.).
Spikenard is a plant native to the Himalayan area and the essential oil obtained was used by the monks of Tibet for its many properties in aromatherapy, acting as an advocate of meditation. Its aroma connects students and teachers deeply. In the past this aroma was very widespread during religious and spiritual rites, acting on the spiritual sphere by acting directly on the nervous centers, allowing you to fight anxious states and predisposing the mind to relaxation.
The essential oil of nard has an exotic, sweet and woody smell, which immediately brings us back to the East and its spiritual rituals.
The essential oil of nard has its origins, as mentioned, in Asian countries close to the Himalayas such as Nepal and China and India but has also been used in the West since ancient times, especially during religious rites.
The perfume of this oil was already used for the spiritual rituals of the Egyptians and traces of it are found in the tombs of the Pharaohs.
This oil was used in Ancient Rome and we find traces of it in the Gospel when it is used to anoint the head or feet of Jesus. It was prepared from ointments and as described in the Gospel it was such a precious oil that it cost a lot. It was considered a precious oil, because it is difficult to find and with unique properties related to the healing of the spirit and also of the body.
In addition, nard oil is one of the 11 fragrant herbs used for ritual fumigations in the Temple of Jerusalem.

How is it obtained –
Nard essential oil is obtained from the steam distillation of the roots of the Nardostachys jatamansi plant, of the Valerianceae family that grows in the valleys of the Himalayas at altitudes of about 3000 meters and above. This plant, typical of North India, is currently also cultivated in China and Japan.
The essential oil is distilled from the rhizomes and dried and pressed roots, in a current of steam. The sweetly spicy scent is sour and warm.
The cultivation of the nard plant is closely linked to the production of fragrances and perfumes.

Description –
Nard essential oil is a viscous oil, with an amber color, very fragrant, its aroma is spicy and easily recognizable.
The oil extracted from the nard is rich and nourishing and has been used since ancient times in aromatherapy.
Its scent, comparable to incense, infuses tranquility even in the most restless spirit and induces meditation, which is why it was used in Tibetan monasteries.
In modern times, the essential oil of nard has become commonly used as well as to alleviate the spiritual sphere also for its recognized anti-inflammatory, antipyretic, tonic and antimicrobial properties. Used on the skin it can reduce allergies, inflammation, dry skin and wrinkles. Used, since ancient times, in Ayurvedic medicine against sleep disorders, depression and chronic fatigue.

Uses –
Let’s see in detail the uses of nard essential oil:
– it is useful for fighting insomnia. Those who cannot sleep, or do not respond to the usual natural remedies, can try nard oil, which thanks to its sedative properties can have a positive effect on those suffering from insomnia. In case of lack of sleep linked to digestive problems, nard oil becomes doubly useful, as in 2015, a team of researchers definitively concluded on the existence of these properties;
– has a hypotensive capacity, that is, it is able to lower blood pressure. The extracts of this flower are also able to fight inflammation and, according to new research, have antioxidant properties. Protecting the body from free radicals is essential for staying healthy, and preventing damage from oxidative stress. In this sense, in 2012, it was discovered how the Nardo rhizomes are able to fight free radicals, those substances responsible for premature aging that can damage body tissues;
– is a natural antifungal. In this sense, a study by the Western Regional Research Center in California confirmed its effectiveness also against Campylobacter jejuni, a bacterial species most responsible for food poisoning in Europe and the United States. In this sense, baths and foot baths with nard oil can also be useful in the case of toenail fungus, and mycosis such as athlete’s foot. To use, simply add several drops of nard oil in hot water;
– stimulates hair regrowth. The essential oil of nard would seem to have a useful action in this sense. Some tests were conducted on guinea pigs, on different samples and have successfully demonstrated a hair growth promotion activity; raw nard extracts were more effective than pure compounds. Since the isolated compounds were effective in different ways, they acted together in the extract;
– is used in Ayurvedic medicine. This very ancient use is useful for promoting the menstrual cycle and the secretion of estrogen; as aphrodisiac, useful against impotence, it promotes reproductive health; to soothe inflammation; for uterine hygiene and to eliminate swelling;
– useful against inflammation. This use is indicated for most inflammatory states that are dangerous for vital systems such as the nervous and respiratory systems. In 2010, the extracts in the nard were used in the treatment of acute pancreatitis, an inflammation of the pancreas. According to these studies, nard extracts weakened the impact of acute pancreatitis, and potentially also the symptoms associated with it, effectively promoting nard as a natural anti-inflammatory agent;
– natural laxative. The characteristics of this essential oil are useful for promoting intestinal regularity. Usually synthetic laxatives tend to dry the intestinal wall, while the extracts of the nard can help us to obtain a more spontaneous traffic through the colon;
– states of restlessness. For this state of mind, the essential oil of nard is an ideal remedy, as it is able to quell those feelings of restlessness and depression that can oppress us in moments of particular vulnerability. In Japan, the school of pharmaceutical sciences used the sedative properties of nard oil through spontaneous administration via steam. The results were promising, indicating that a blend of nard, galangal, patchouli and sandalwood essential oils was the most effective;
– for the skin. The topical use of nard oil is recommended for some skin problems, such as eczema and dermatitis. It is also used in making creams or solutions, adding two drops of essential oil with coconut oil or another carrier.
As for the contraindications, please note that the use of nard oil in a topical and aromatic way, even if it is fundamentally safe, must be used paying attention, however, during internal use, since the quality of the product is essential; in this sense it is necessary to look for only high quality essential oils, 100% pure and organic, without exception. in general it is considered non-toxic, non-irritating and non-sensitized, but its use during breastfeeding and pregnancy is prohibited, as there is no certainty about the possible risks.