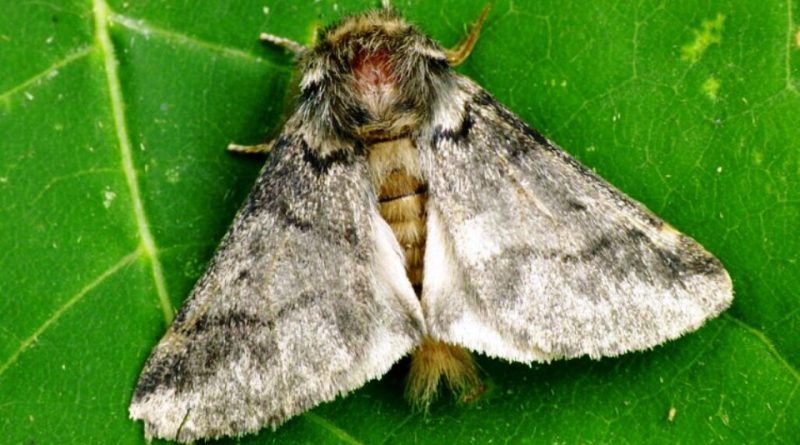 The oak processionary (Thaumetopoea processionea, Linnaeus, 1758) is a moth belonging to the Notodontidae family.

Geographic Distribution and Habitat –
The oak processionary is a moth native to central and eastern Europe but has also spread to western and southern Europe and is occasionally found as far north as Sweden.
This insect finds its optimal habitat in the southern and sunny slopes of the woods where the arboreal vegetation is more concentrated where the larvae feed on oak leaves and their presence is signaled by the presence of bare trees during the spring and summer period. 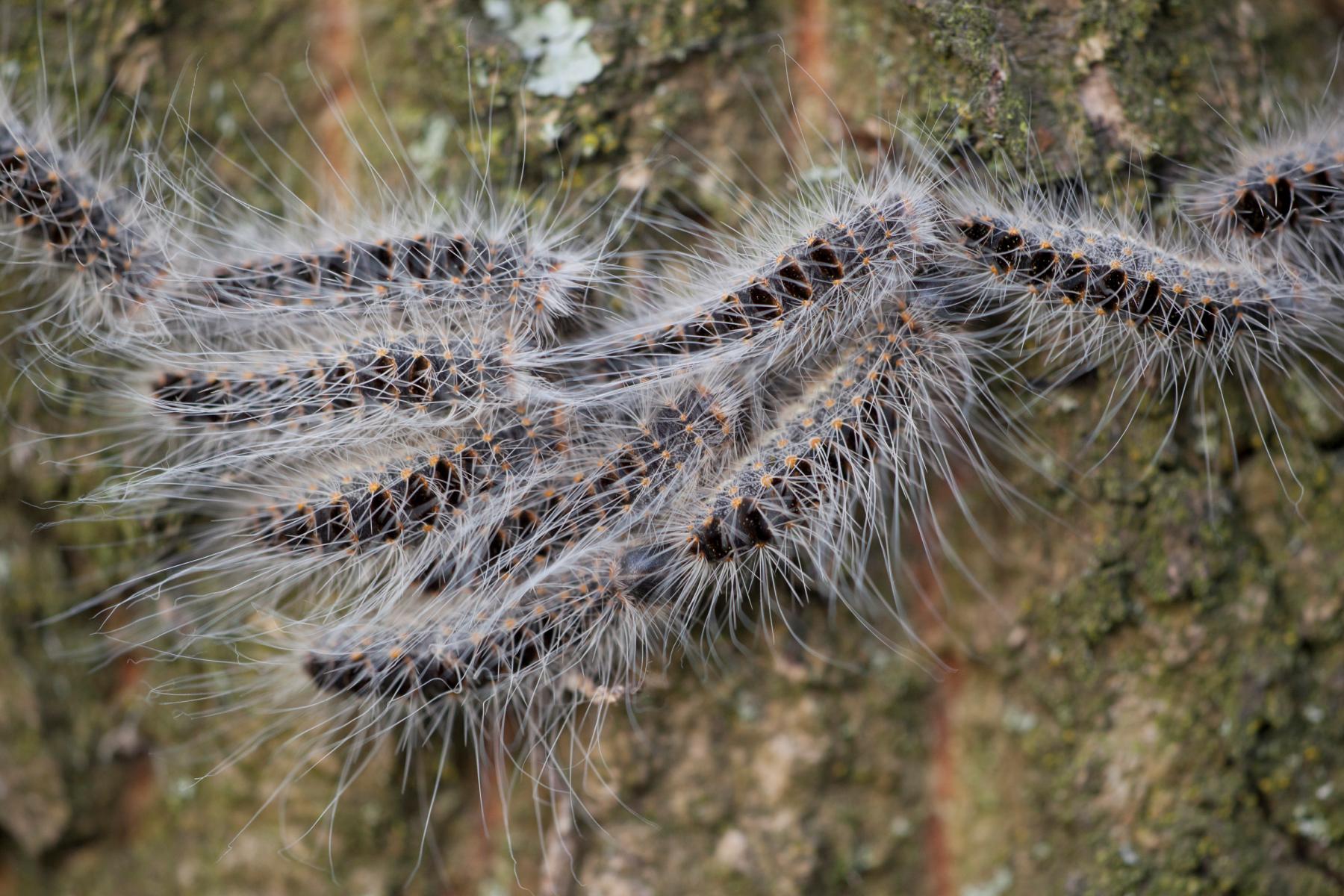 Morphology –
The Thaumetopoea processionea, in the adult stage, is a butterfly with nocturnal habits.
They have a typical black segmented band on the back and a wingspan of up to 5 cm but usually between 30 and 35 cm. The wings are of variable color; the anterior ones are greyish, with hazel shades and brownish transversal streaks.
The body of the adults, from the thorax to the abdomen, is covered with a dense hair of a more intense gray-brownish color.
Adults are harmless.
The larva, which is the stage that feeds on leaves, especially in the third stage, have their body covered with stinging hairs which are dangerous for humans and pets. The first stage larva, which is present on tree buds in the early spring period, is brown in color and a few millimeters long. At the fifth and last stage of growth, the length is 3-4 cm and the color, due to the presence of long light hairs, is gray.

Attitude and Life Cycle –
The oak processionary overwinters at the egg stage; the eggs are laid in groups, in more or less regular plates, on the peel of young branches or small branches with not too wrinkled bark, just in the period in which the first leaves appear on the trees.
The eggs are cemented, between them and on the rind, by secretions from the female’s collether glands; they are also covered with hairs released during oviposition.
The eggs then hatch, depending on the climatic trend, in spring, from the second half of April; the newborn larvae feed on the young shoots and leaves, building their nests on the host plants, as already described.
Larval maturity occurs at the end of June; at this point they crysalize at the base of the plants or in the nests. Adults flicker between late July and August; these mate and lay the wintering eggs. The Processionary therefore makes only one generation per year.
During the day the larvae are inactive and gather in large silky nests built on the rind, at the base of the plants or along the trunk or at the scaffolding of the main branches; this nest, made up of leaves, excrements, metabolic residues and stinging hairs held together by silky threads, contains many larvae.
The activity resumes at night when the larvae come out of the nest and begin to feed on leaves in a gregarious way, typically moving in a “procession” and in single file guided by the silk threads that are left by the first larva; these “processions” are easily visible in spring-early summer on the trunks of the oaks.
They then return to the nests, before dawn, following the same method, that is, in single file and following the first larva.
In the presence of heavy infestations, the plants can be completely stripped of leaves, with serious damage due to the consequent physiological imbalances and with progressive weakening of the affected plants.
Furthermore, the presence of these phytophages in parks and gardens, or in any case in places frequented by man, is particularly dangerous for the nests, often close to the ground, which contain stinging hairs.

Ecological Role –
The Thaumetopoea processionea is a moth that in some regions of Europe can cause serious damage to oaks.
The nests are usually found on the southern (sunniest) side of the trunks and in areas where trees are particularly concentrated. Less frequent is the presence of this larva in wooded areas, where there seems to be a certain balance with predatory species, such as the ichneumonoid wasps, diptera and the beetle Calosoma sycophanta.
In recent times, probably due to climate change, their range is expanding northwards where it populates areas of Great Britain and as far as Sweden.
The fight against this butterfly is subordinated according to the environments in which one must operate; it can be mechanical, chemical or biological. In fact, the direct fight against the phytophagus always depends on the type of environment (parks, gardens, woods or nurseries): in any case, the methods adopted to date have been:
– destruction of nests, easily identifiable and reachable (at the base of the plants or along the stems); in this case it is advisable to take precautions so as not to inhale or come into contact with the stinging hairs which can also be “thrown” by the irritated larvae or which, in any case, being very light, can float in the air;
– chemical fight that is carried out against the young larvae, especially during the day, by directing the insecticide on the nests which are often easily identifiable on the trunks. In this case, normal larvicides are used. The latter is increasingly proving its uncertainty due to the imbalance caused on the useful entomofauna, on the avifauna and on the ecosystem in general;
– the biological / biotechnological fight against the larvae, which can be implemented with products based on Bacillus thuringiensis ssp. kurstaki or chitin inhibitor development regulators; in this case the distribution must be carried out with spraying to the canopy. These interventions and the type of product to be used are always linked to the environment and the technical feasibility of the treatment itself;
– in recent times it is evident the need, especially in urban areas and city parks, to avoid designing spaces with compositions of species and exhibitions that favor the presence of this moth. This design should be entrusted to Agronomists or Foresters who, in advance, study the area and adopt the most suitable design solutions.