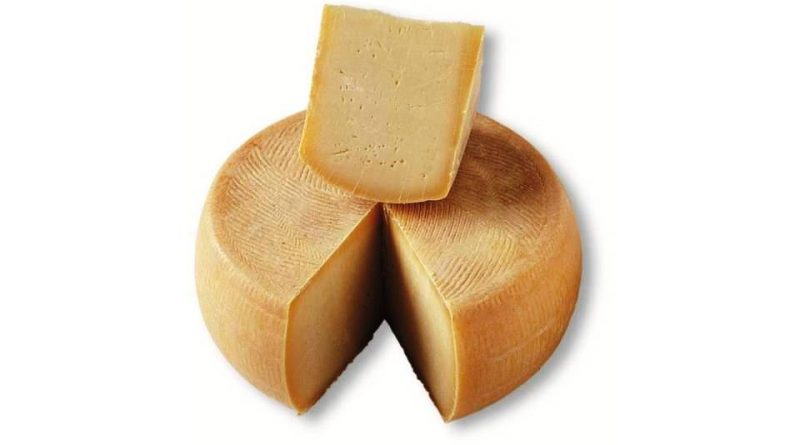 Maiorchino cheese (Maiurchinu in Sicilian) is a product of the province of Messina made with whole sheep’s milk in forms of about 10/12 kg.
Maiorchino is included in the list of traditional agri-food products (PAT) drawn up by the Ministry of Agricultural, Food and Forestry Policies (MIPAAF); even the one produced in Novara di Sicilia has obtained the same recognition individually as Maiorchino di Novara di Sicilia.

Origins and History –
Maiorchino is a cheese with a centuries-old history, produced with the milk of sheep reared on the pastures of the Peloritani mountains using translational tools of wood or copper. The complex processing (with a long “drilling” phase) unfortunately makes it at risk of extinction.
Majorcan is an almost mythical cheese. In fact, its origin is not easy to establish with certainty: the name appears in certain documents from the 1600s with reference to the Mallorcan game, a team cheese throwing competition still practiced today in Novara di Sicilia. What is certain is that its roots go back several centuries to the past, through pastoral history in the western part of the Peloritani Mountains, the mountain range that divides the Tyrrhenian from the Ionian side along north-eastern Sicily.
Maiorchino is produced from February to the second decade of June in very small quantities, processing raw sheep’s milk (with an addition of about 20% of goat’s milk and 20% of cow’s milk) and combining kid’s rennet in paste. or lamb. The animals are raised on the pastures rich in spontaneous forage essences of the Peloritani mountains. The equipment is traditional: tinned copper boiler (quarara), wooden stick (jug), wooden mold (garbua), wooden board (mastrello), wooden or iron rod (minacino).

Geographic area –
The production area of ​​Maiorchino is included in the northern slope of the Peloritani mountains in the province of Messina, more precisely in the municipalities of Novara di Sicilia, Mazzarrà Sant’Andrea, Basicò, Tripi, Fondachelli Fantina, Montalbano Elicona and Santa Lucia del Mela.

Raw material –
The raw materials with which Maiorchino is produced are made up of: selected fresh cow, sheep and goat milk, goat rennet and whole sea salt. Salting takes place dry.

Description –
The shape of the Maiorchino is about 12 cm high with a diameter of 35 cm; it has an amber-colored crust tending to brown for more mature cheeses, the internal paste is straw yellow and has a compact consistency. Despite being a pecorino, the flavor is delicate and tends to be spicy as it ages.
It has a cylindrical shape with flat or slightly concave faces, an amber-yellow rind that turns brown as it ages and a compact white paste tending to straw yellow. The weight ranges from 10 to 18 kilos.

Production Method –
The preparation of Maiorchino, which is produced according to traditional techniques, involves breaking the curd into minute grains and cooking, the pasta is placed in the molds. At this point, the fascinating phase of drilling (or punching) begins, to facilitate the escape of the whey from the paste. With an iron needle (the minacino) the air bubbles that form in the dough are pierced, then gently pressing the surface of the pecorino with your hands. A slow and patient operation that can last up to two hours, repeated if necessary, after a second cooking. It is dry-salted for 20 to 30 days and finally matured (up to 24 months) in underground stone rooms.
Curd and pressing follows.
The milk is coagulated at 39 ° C with lamb and / or kid rennet. Once broken, the curd heats up to about 60 ° C. The curd is then collected and placed in a fascera (in Sicilian garbua) and stored on a surface (called mastrello). In this phase the dough is pierced with a wooden rod (called minacino) to purge the whey during pressing in the wooden mold.
At this point there is the salting.
The next day the Maiorchino is removed from the mold and left to mature on walnut shelves. The next phase is the salting, which begins two days later and continues for almost a month using coarse sea salt.
Finally the seasoning.
During the first two months the forms are continuously cleaned, rubbed and turned over. From the 3rd month onwards the Maiorchino is treated with Sicilian olive oil. The seasoning is considered complete at the eighth month, but it can continue even beyond.
Seasoning traditionally takes place in ancient stone buildings locally known as underground.

Gastronomic use –
The use of the Mallorcan has many applications in the kitchen, in particular we report the typical recipe of Pasta ‘ncasciada typical of Novara di Sicilia, a variant of the more famous’ ncasciata pasta.
Ingredients for four people:
500 g of “cannellina rigata” type pasta
300 g of mixed meat sauce (lamb, meatballs and cow’s meat)
200 g of diced fried eggplant
2 hard-boiled eggs
100 g of fresh first salt
100 g Grated seasoned Maiorchino
Preparation:
Boil the pasta. Veil the bottom of the pan with two tablespoons of meat sauce. Dress the freshly cooked pasta with the sauce and mix with sliced hard-boiled eggs, fried aubergines, primo sale cheese. Place everything in an ovenproof dish completing with a generous sprinkling of seasoned Maiorchino. Cover the pan with a sheet of moistened parchment paper, to ensure the traditional old-fashioned cooking. Bake for about 30 minutes. Serve hot.