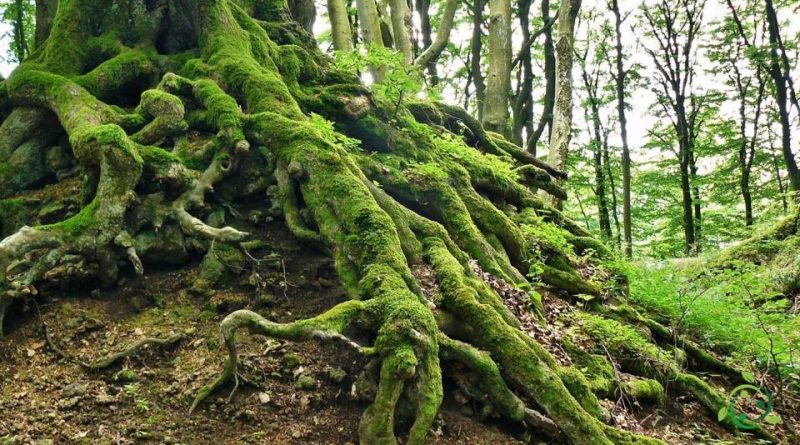 The term exoderm, in botany, means the integumental plant tissue that replaces the rhizoderm in the area just above the hair-bearing area of ​​absorption.
The term exoderm comes from the Greek words ἔξω, exo (outside) and δέρμα, dèrma (skin), therefore literally external skin.
The exoderm is a primary integumental tissue formed by suberified cells and is the outermost part of the cortex or cortical cylinder in the roots, but is also found in the underground stems, in the submerged stems of aquatic plants, in the needle-like leaves, with a protective function.

The exoderm is of primary origin and is placed to cover the portions on the border between the primary and secondary structure of the roots of most cormophytic plants. It can also be present in some underground stems.
The exoderm is formed after the death and disintegration of the rhizoderm when the immediately underlying cortical parenchymal layer is transformed by suberification of the wall of its own cells. Despite the thickening of the wall, the cells are still alive. Due to suberin the exoderm is mostly unistratified and not very permeable.
The main functions of the exoderm are those of coating and protection. In the secondary structure, the exoderm is replaced by cork.