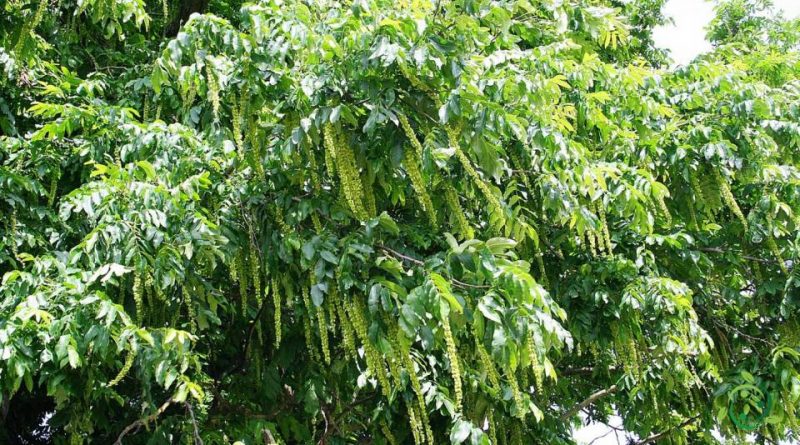 How the Caucasus Walnut is grown

The Caucasian walnut (Pterocarya fraxinifolia (Poir.) Spach) is a tree of the Juglandaceae family, native to an area that includes Armenia, Azerbaijan, Georgia, Iran, Russia and Turkey.
This plant was introduced in France in 1784 by the French botanist André Michaux and in Great Britain after 1800, as well as in Italy, Belgium and Tajikistan.
The introduction was made for forestry purposes but today it is an appreciated ornamental essence.
If placed near water courses, it reaches the best development conditions with large patent branches and highly decorative foliage.
The Caucasian Walnut is a monoecious plant: the male flowers are small and arranged in linear spikes up to 10 cm long; the female ones are gathered in greenish catkins up to 15 cm long; the latter are provided with a corolla which after pollination grows basally up to envelop the fruit (diclesio), which when ripe has two short leathery wings which facilitate its dispersion.

Cultivation –
The Caucasian walnut is a plant that prefers places that are exposed to full sun for many hours a day. It tolerates high temperatures and does not fear cold and frost and therefore can be easily grown where the winter climate is particularly harsh.
From the pedological point of view it adapts to any type of soil as long as it is deep, humid and well drained.
The Caucasian walnut reproduces by sowing which must be done by placing the seeds in a box containing specific and fertile soil kept moist and placed in a protected environment with a constant temperature of about 18 ° C especially in areas with a harsh climate.
The plant should be carried out when the period of night frosts is now averted to avoid damage to the leaves.
The plant should be placed in a hole that must be very wide and above all at least double the size of the bread of earth that surrounds the roots.
Before placing the plant in the hole, a good supply of mature organic substance must be placed in it, after which fertilization must be carried out only in the first years of life by burying well-mature organic fertilizer at its feet.
Adult plants, due to their root system and the abundant organic substance coming from its leaves and fruits, no longer need fertilizers of any kind.

Once the transplant has been carried out, it is necessary to irrigate for the first two weeks the rooting time of the roots in the new home and then adjust according to the climate and the seasons.
Plants that are over two years old will be able to supply themselves with water thanks to their root system.
In the first two years, however, the plant needs continuous water supplies. Irrigation must be reduced or suspended during the dormant period from November to March.
As for pruning, the Pterocarya fraxinifolia is pruned in March, when the plant is in vegetative rest. The cuts must be made near a large bud located in the lower part of the branch.
When pruning, dry or damaged branches must be eliminated, which must be completely cut off at the level of the rims to promote healing and not to compromise the aesthetics of the tree with stunted branches.
In addition, the suckers that develop at the base of the trunk must also be eliminated and if they are too large (more than 3-4 cm in diameter) it is advisable to treat the surface of the cut with mastic for grafts, or outdoor vinavil.

Uses –
Caucasian walnut has a light and strong wood that is highly prized for furniture construction. In Europe it is highly appreciated as an ornamental plant and is widely used in parks.