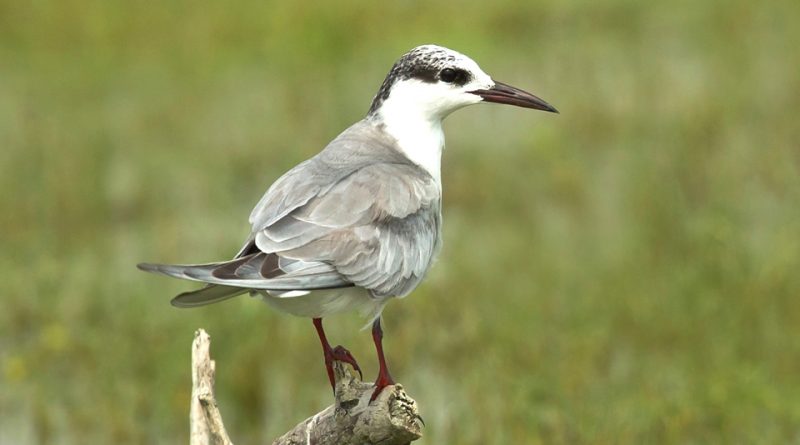 The whiskered tern (Chlidonias hybrida, Pallas 1811) is a bird belonging to the Laridae family.

Geographic Distribution and Habitat –
The whiskered tern is a bird that has subspecies depending on the geographical area where it resides; these differ mainly in size and minor details of the plumage.
The CH. hybrida nests in the warmest parts of Europe and the Palearctic (north-western Africa and central and southern Europe up to south-eastern Siberia, eastern and southern China up to Pakistan and northern India).
The CH. delalandii is recognized for its smaller and darker beak, found in eastern and southern Africa, while C. h. javanicus populates the areas from Java to Australia.
Tropical forms are resident, but European and Asian birds overwinter south to Africa and the Indian subcontinent.
He arrives in Italy at the beginning of April, after spending the winter in distant West Africa.
The favorite habitat of this species is that of swamps, lagoons, reclaimed areas where it nests in colonies in inland swamps, sometimes among herring gulls, which provide some protection. 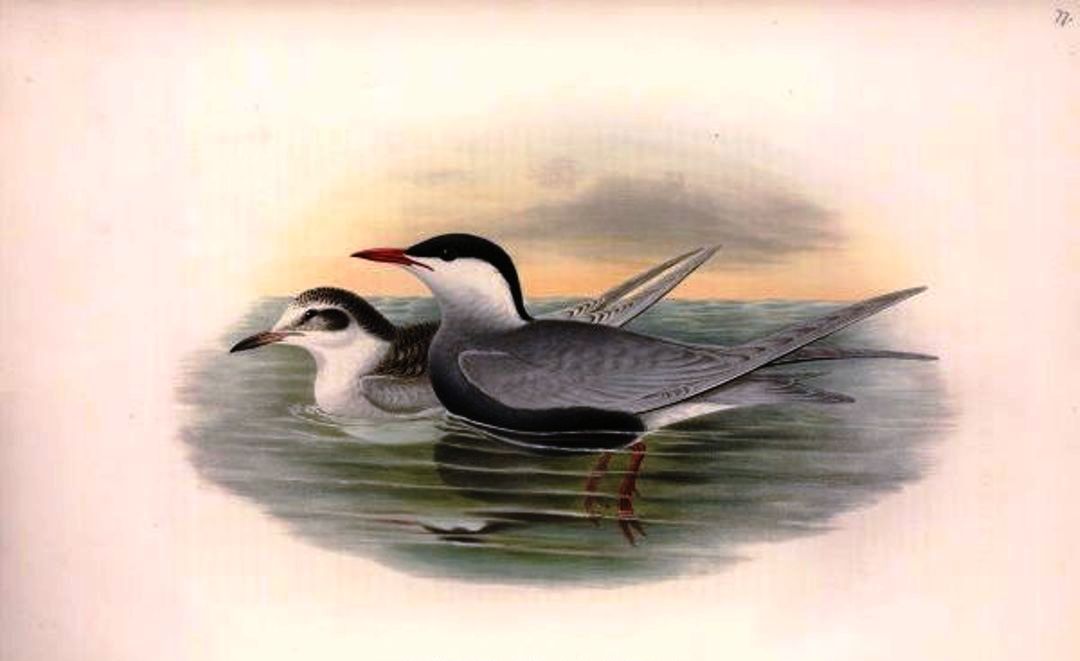 Description –
The whiskered tern has a length of 23-25 ​​cm, with a wingspan of 74-78 cm, for a weight ranging between 79 and 94 g, without sexual dimorphism.
The adults, in nuptial dress, have the whole gray body, including the wings which have a lighter color on the outside with a small blackish part at the ends in the back, and also the upper tail. The vertex is black while the cheeks and throat are white. The undertail and the back of the abdomen are white.
The beak and legs are dark red. The lower part of the wings is light gray with a small blackish part corresponding to the same blackish area of ​​the upper part.
In winter, the parts of the body and wings that were gray fade to light gray and the chest and abdomen become white. The forehead is white and fades on the back of the black vertex with fine white streaks. The beak becomes almost completely black and the legs remain dark red.
The young resemble the adults in winter dress, however, having more black on the head and a tawny back with blackish streaks. The legs are dark red – blackish.

Biology –
The Chlidonias hybrida nests in swamp areas or lagoons and marshes where it arrives for reproduction.
The nest is built on the ground or, very often, on floating plants, such as water lilies in particular, and here the female lays two or three eggs.
In Italy the nesting takes place in the period of April-May.

Ecological Role –
Chlidonias hybrida is a species whose diet is closely linked to the nesting habitats.
This is mainly composed of small aquatic invertebrates (including larval and adult forms of insects, such as Diptera, Culicidae, Tipulidae and Odonata, Crustaceans and Annelids), amphibians in the larval and juvenile stages and small fish.
This bird, even if of minimal concern, according to the IUCN, is still subject to interference on its biology due to the erosion of its habitat and the presence of the Nutria (Myocastor coypus) in the nesting sites.
The species is listed in Annex I of the Birds Directive (79/409 / EEC).