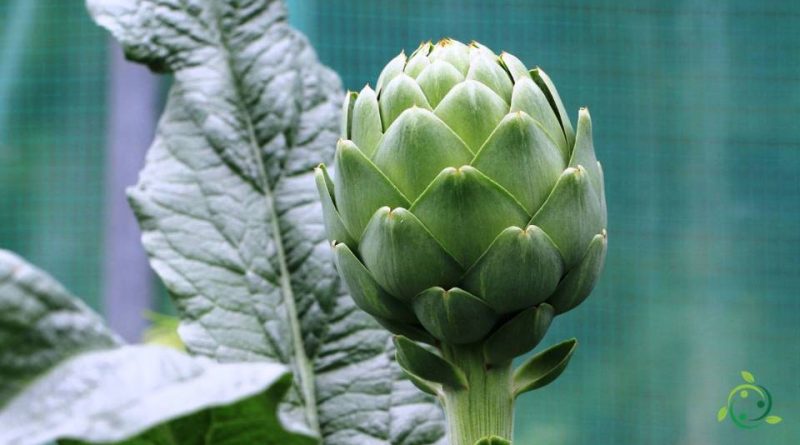 Nutritional value of the Artichoke

The artichoke (Cynara scolymus L.) is a plant of the Asteraceae family cultivated in Italy and in other countries for food and, secondarily, medicinal use.
The artichoke is a food consisting of flowers that are not completely open. The edible part of the artichoke is represented by the base of the bracts and the receptacle, the latter commonly called the heart.
In Sardinia the terminal part of the flower scape from the third to last or penultimate leaf is also in great demand.

Features –
The artichoke is a perennial herbaceous plant up to 1.5 meters high, equipped with an underground rhizome from whose buds several stems develop, which at the time of flowering grow in height with a dichotomous branching.
It has a very shortened stem (2-4 cm), while the flower stem is robust, cylindrical and fleshy, longitudinally striated.
The leaves of this plant have a marked polymorphism even within the same plant (heterophyllia). They are large (up to about 1.5 m in some seed cultivars), oblong-lanceolate, with whole lamina in young plants and in those close to the flower heads, pinnatosette and more or less incised in the basal ones. The shape of the leaf blade is also influenced by the position of the bud from which the plant develops. The surface of the lamina is glossy green or greyish-green on the upper side, while on the lower side it is green-ashy due to the presence of a thick tomentosity. The ends of the foliar laciniae can be thorny in some varieties (Spinoso di Palermo, Spinoso Sardo, Spinoso di Albenga, Spinoso di Pompeiana).
The flowers are gathered in a spheroidal, conical or cylindrical flower head (also called calatid) and 5-15 cm in diameter, with a fleshy and concave receptacle in the upper part. On the receptacle are inserted the flowers (flosculi), all with tubular and blue-violet corolla and calyx transformed into a bristly pappus, useful for the dispersion of the achenes through the wind (anemocora dissemination). In the immature flower head the actual inflorescence is protected by a series of closely imbricated involucral bracts, with helpless, mucronate or spiny apex, depending on the variety. Flowers and bristles are reduced to a short hair that develops as flowering proceeds. In full bloom the bracts diverge and let the flowers emerge.
The fruit is an elongated achene with a quadrangular section, provided with a pappus. The color varies from more or less dark brown to gray with brown marbling.
The artichoke varieties are classified according to different criteria. The main ones are the following:
On the basis of the presence and development of the thorns, a distinction is made between thorny and unarmed varieties. The former have flower heads with bracts ending with a more or less robust thorn, while the unarmed ones have mutic or mucronate bracts.
According to the color of the flower head, a distinction is made between violet and green varieties.
Based on the behavior in the phenological cycle, a distinction is made between autumnal or remontant varieties and spring or uniform varieties. The former lend themselves to forcing as they can produce flower heads in the autumn and a production queue in the spring. The latter are suitable for non-forced cultivation as they produce flower heads only after the end of winter.
Spiny artichokes are generally more tapered than thornless ones and are of an intense green color. Their strong flavor makes them excellent to be enjoyed raw. Among the varieties of thorny we remember:
– Spiny masedu, Sardinian, with an elongated conical shape with large and thorny leaves, it is enjoyed in carpaccio, in salads or in pinzimonio. Also cultivated in Liguria with the name of Albenga spiny artichoke.
– Artichoke of Cerda (PA) Sicilian thorny: it has a round shape, it is tender and pulpy, excellent raw, fried.
– Veneto di Chioggia: it is light in color and is excellent fried, boiled or sautéed in a pan.
– Violet di Toscana: has a violet color and a tapered shape; it is excellent cooked, sautéed, stewed or whole stew.
– Spinoso di Albenga: oval-shaped (particularly valuable).
Among the thornless artichokes, which are round in shape, ideal for stuffing, have particular purple hues and are always cooked before use and have an intense and delicate flavor, we remember:
– Violet Catanese Without thorns, with purple leaves. It constitutes 2/3 of the national production.
– Artichoke of Paestum PGI Also known as “Tondo di Paestum”, from the name of the local ecotype from which it derives, rounded in shape, without thorns, with dark red leaves, which has become PGI.
– Mammola verde or Romanesco cimarolo; it is spherical, large, particularly soft and devoid of thorns with green-purple leaves, has little waste and is more suitable to be cooked stuffed or “alla giudia”. It has been recognized Igp.
– Violet artichoke of Sant’Erasmo.
– Cupello artichoke, originally from Chieti.
Many other varieties are known a little more locally and appreciated in local kitchens.

Nutritional factsheet –
The artichoke, on a nutritional level, is a food of great importance, both for its content in salts and in vitamins and other active ingredients.
After water, the main component of artichokes are carbohydrates, among which inulin stands out, and fiber.
The average calories and average nutritional values ​​per 100 g of artichokes are:
– 22 kcal;
– Protein 2.7 g;
– Fat 0.2 g;
– Carbohydrates 2.5 g;
– Simple sugars 1.9 g;
– 5.5 g fibers.
The main minerals are sodium, potassium, phosphorus and calcium.
Among the vitamins the presence of B1, B3, and small amounts of vitamin C prevails.
More important to explain the pharmacological activities of artichoke extracts is the presence of a complex of characteristic secondary metabolites.
We find derivatives of caffeic acid: among others chlorogenic acid, neochlorogenic acid, cryptochlorogenic acid, cynarin.
Flavonoids: in particular rutin.
Sesquiterpene lactones: among others cinaropicrin, dehydrocinaropicrin, grosseimin, cinaratriol.

Property –
Artichokes, when they are very tender, can also be eaten raw seasoned with oil, lemon and mint, or even boiled and seasoned with oil, salt and pepper, or with pasta and fried. They are also excellent sautéed, sautéed in a pan with garlic, oil, chilli. Also used for soups, soups, first courses, excellent seasoning with a mixture and a drizzle of cream or combined with shelled clams or lasagna, second courses based on artichokes, fillings, omelettes, salads, etc. those for use in natural medicine and phytotherapy.
Thanks to its qualities, artichokes bring significant benefits to the liver.
Clinical studies have shown that artichoke extracts improve choleresis and symptoms of patients suffering from dyspepsia and functional liver disorders. Cynarin has been shown to be effective as a lipid-lowering remedy. Cynarin seems to stimulate bile secretion by liver cells and increase the excretion of cholesterol and solid matter in the bile. Derivatives of caffeic acid generally show antioxidant and hepatoprotective effects. In fact, natural medicine and phytotherapy use artichoke in the treatment of functional disorders of the gallbladder and liver, dyslipidemia, non-inflammatory dyspepsia and irritable bowel syndrome.
This vegetable is also used, due to its bitter taste, in case of nausea and vomiting, intoxication, constipation and flatulence. Its purifying activity (derived from the action on the liver and biliary system and on the digestive process) means that it is used for dermatitis related to intoxication, arthritis and rheumatism. It also has diuretic effects. Among the contraindications, it should be remembered that for breastfeeding women it seems to reduce milk production.
The properties of artichokes are summarized below:
– counteract hypertension, thanks to the high potassium content;
– counteract hypercholesterolemia, thanks to the presence of fibers;
– improve liver function;
– improve digestive processes;
– they favor diuresis.