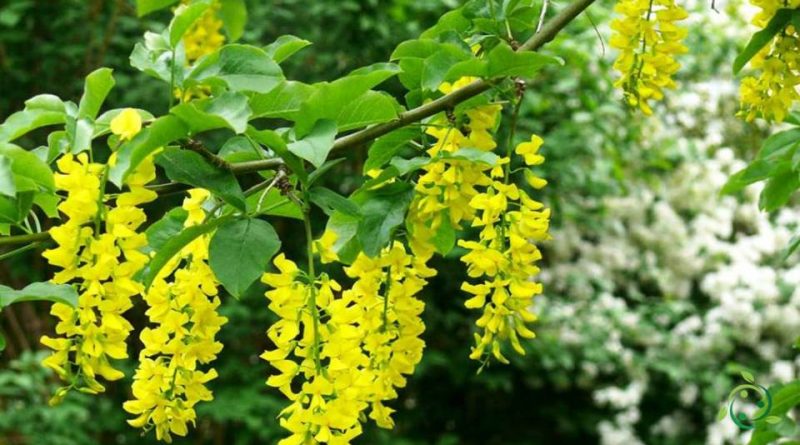 How the Scotch laburnum is grown

The Scotch laburnum (Laburnum alpinum Prels., 1835) is a small deciduous tree of the Fabaceae family, present in Italy in the Fagetum area (in the Alps up to 1,500 meters above sea level).
The plant blooms in the period of May-June, they are bright yellow and gathered in numerous hanging racemes. The fruit is a hairless legume and has a 1-2 mm high wing along the upper suture.

Cultivation –
The Scotch laburnum is a plant that is grown exclusively as an ornamental tree.
This plant tolerates transplantation well enough that they can be successfully transplanted even when they are large enough.
From the pedological point of view, it prefers well-drained, light, sandy, or even medium-textured soil, even if it can grow in soils with higher clay content and nutritionally poor. The plant prefers soils with slightly alkaline but has a wide adaptability to soils with lower pH.
Due to its plant it is remembered that it is a lucivaga species (it does not like the shade of the dense forest) so much so that it forms small groups on the edge of coppice woods. It grows and blooms in temperate and moderately humid habitats, especially in calcareous soils, often associated with hornbeam and beech woods.
Laburnum alpinum can also withstand strong winds but not marine exposure and tolerates air pollution.

The ecological role that this species plays is important, in fact it has a symbiotic relationship with some soil bacteria that form nodules on the roots and fix atmospheric nitrogen. Some of this nitrogen is used by the growing plant, but some can also be used by other plants growing nearby.
Unfortunately, it is fought by breeders for its toxicity, even for animals.
The most common ornamental Laburnum plant is a hybrid of this species and Laburnum anagyroides, Laburnum × watereri.

Uses –
The Scotch laburnum has a hard, long-lasting and very dark wood that is used in lutherie (like that of the laburnum) for the production of wind instruments. Laburnum can be used in environmental recovery interventions in mountainous areas with not too acidic soils.
It can also be used in environmental recovery interventions when the soil is not too acidic for optimal plant growth. In the succession of habitats it generally prepares the beech forest.
Thanks to the beautiful flowering it is also a popular ornamental plant that is used in mountain environments; however, it should be avoided in overly frequented environments, especially by children, due to the toxicity of various parts of the plant, as the green parts of the plant (especially the seeds) are toxic to humans due to the presence of the cytisine alkaloid.